Acting National Head of the Directorate for Priority Crime Investigation (Hawks), Lieutenant-General Yolisa Matakata, says the crime busting unit is still on the hunt for five other suspects in relation to corruption on the Estina Dairy Farm project in Vrede, Free State. 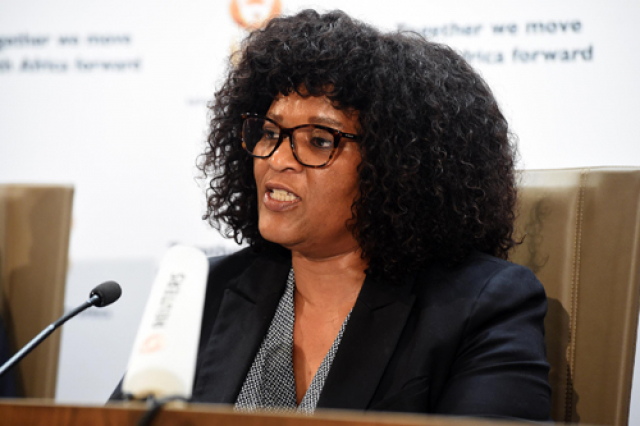 “Eight suspects were arrested and appeared in court. Five suspects are outstanding. We have not mentioned any names of the other suspects so that we do not compromise the investigations,” said Lieutenant General Matakata.

The Hawks were updating the media on the investigations into the Estina project on Friday in Tshwane.

In addition to confirmations that five suspects are still at large, the Hawks dispelled earlier reports that Ajay Gupta is wanted in connection with the Estina investigation.

“There is an active warrant of arrest for Ajay Gupta who is wanted on an unrelated case of corruption which remains active until it is executed,” said Matakata.

The Hawks said it is in touch with Gupta’s lawyers who have written to them and the unit has responded accordingly.

The unit also refuted media claims that it is on the hunt for the former president’s son, Duduzane Zuma.

“We never made a pronouncement on a warrant of arrest for Duduzane Zuma – it came from speculations,” said Lt General Matakata.

The Lieutenant General said while the Hawks respects various opinions on the investigations, it stamped the units authority as the sole voice on the matter.

She assured the public that the Hawks is not under any influence.

“I want to assure the nation that we are not influenced in any way be it political or otherwise. All our investigations are being done independently. We will continue to investigate these complex matters without fear or favour,” said the Lieutenant General.

The Hawks provided a timeline of its investigations which have attracted huge media and public interest into the unfolding of corruption that took place in the dairy project intended to benefit black farmers in Vrede.

The matter is at the centre of the R220 million allegedly paid to the controversial Gupta family and companies linked to their businesses.

On 26 January 2018, the Hawks investigating team executed a search and seizure operation at the Free State Department of Agriculture and the Premier’s office.

According to the Hawks, during the raid, documentation and a lot of electronic equipment was uncovered and confiscated.

The investigating team subsequently went to Vrede where it obtained statements from the intended beneficiaries of the dairy project.

“The information was collated and sent to the NPA for them to make a decision, which led to the arrests on 14 February 2018 of eight suspects in and around Gauteng and Free State.”

All suspects appeared at the Bloemfontein regional court on the 15 February and were granted bail of between R10 000 and R200 000 and the case has been postponed to the 17th of August 2018.

The Hawks explained that the arrest of the eight suspects was the first phase of its broader State of Capture investigations.

The crime fighting unit said it had to remain tight lipped as it is not in its policy to prematurely reveal pending investigations or sought suspects as this would compromise ongoing probes. – SAnews.gov.za

Ramaphosa: The Storm Is Upon Us. New Curfew and Alcohol Ban Returns to Free Up Hospital Beds