Mahikeng, the capital of the North West province in South Africa has been locked down for the past week. Schools and businesses have been unable to open as protests have turned violent with widespread looting. Residents are demanding the removal of Premier Supra Mahumapelo who they accuse of corruption and of not working to provide basic services to the poor townships surrounding the city centre.

Mahumapelo has denied all allegations but the huge protests resulted in President Cyril Ramaphosa cutting short his trip to London so that he could return to meet with various ANC leaders to negotiate a solution. The President has called for calm in the province and says that a decision regarding the issues raised by the protesters will be reached soon.

As an example of the kind of corruption under Mahumapelo’s rule, see the exposé — titled Health4Sale — published by Spotlight this week.

Immigrant shopkeepers from Ethiopia, Somalia and Bangladesh sit outside the venue where the ANC’s top leadership was meeting to discuss Mahumapelo’s political future. Immigrant-run shops have been looted leaving many destitute: 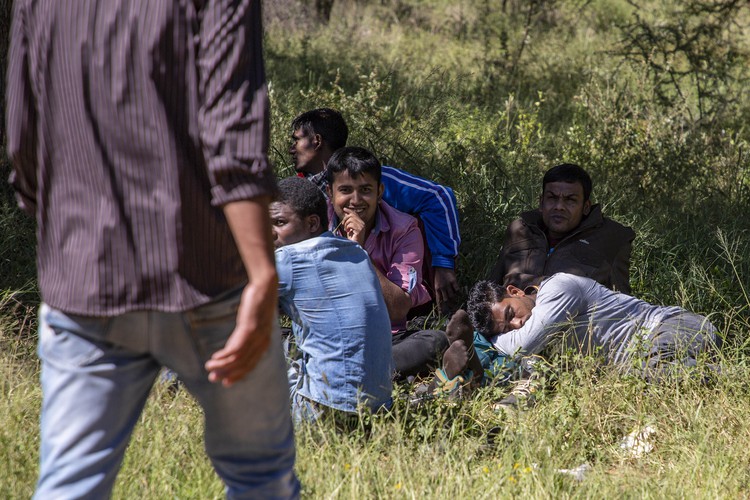 Anti-Mahumapelo ANC members joined hands with some displaced immigrant businessmen as they protested outside the venue where the ANC top leadership was meeting to discuss the future of Mahumapelo: 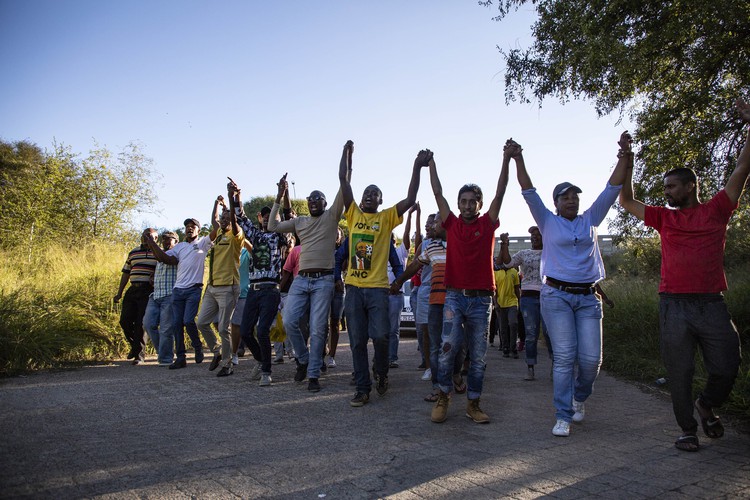 Unemployment is rife in the province (23.9% by strict definition). Many of Mahikeng’s young people have taken to the streets to express their desperation. 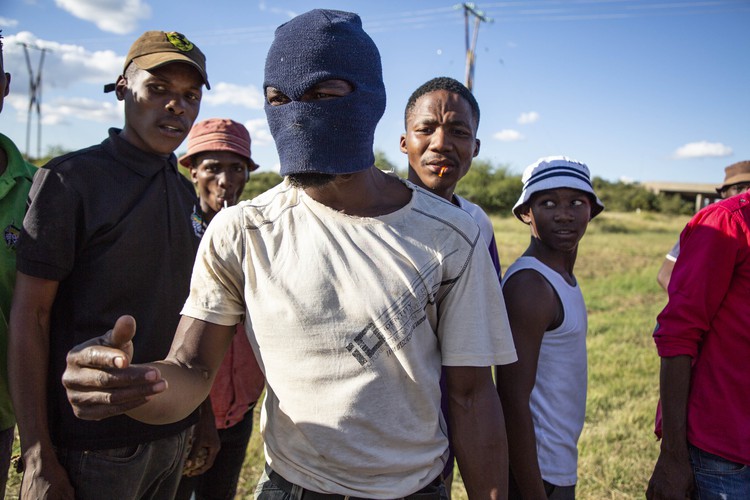 A young man wears a slingshot on his head. 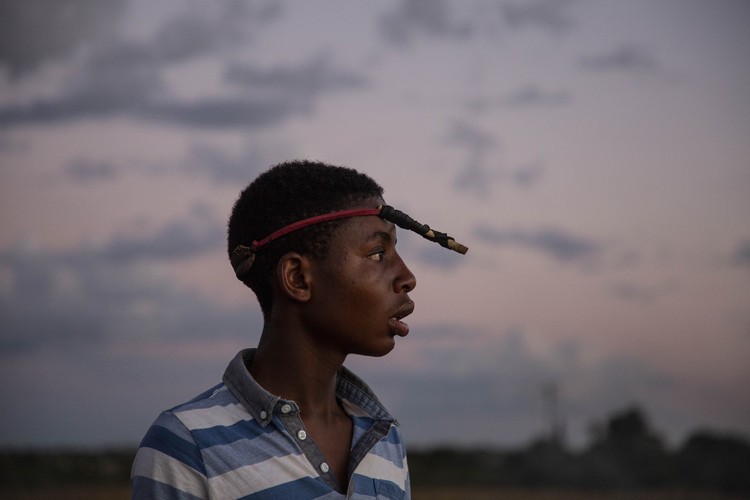 A burning tyre hangs from a bridge. Young protesters from a township called Top Village watch from above. 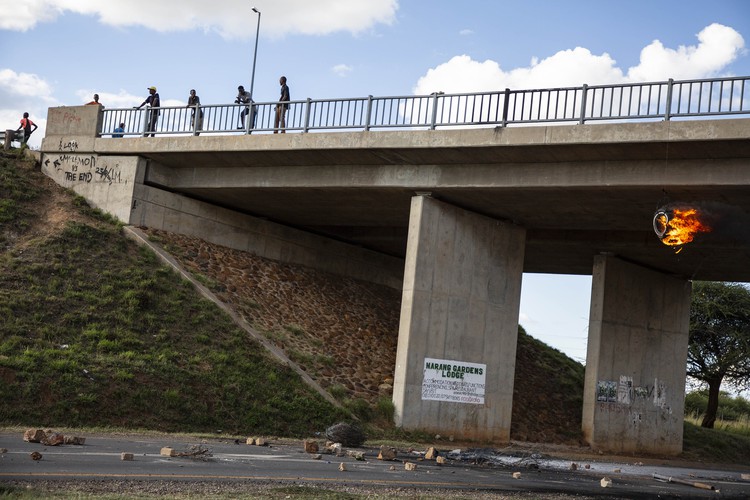 Police and residents clash in Seweding township as protesters barricaded streets and looted a nearby hardware store. 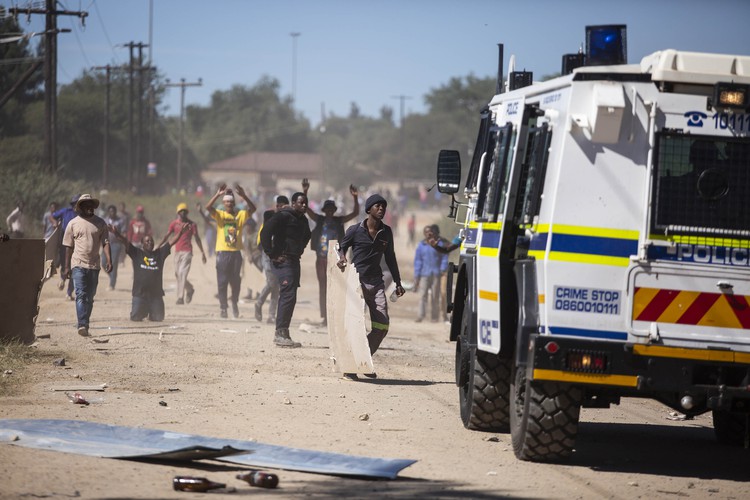 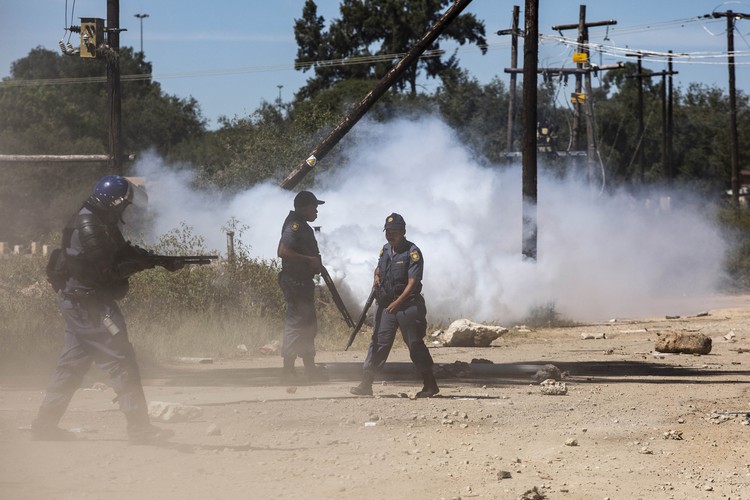 A Seweding resident shows where he was shot by rubber bullets. 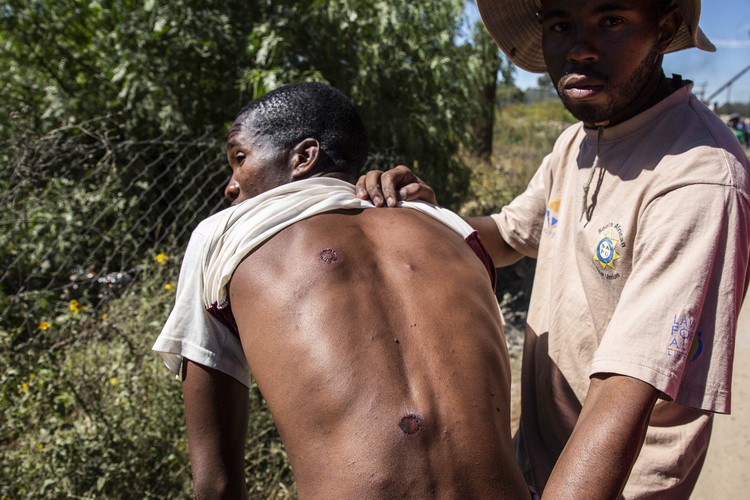 A protester takes a break, as a barricade blocks the road into Mahikeng. 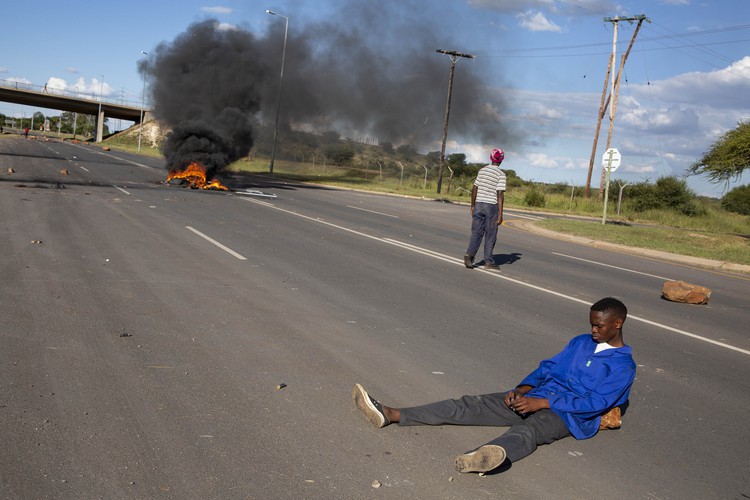 Saturday 21 April 2018 Update: Relative peace has been restored after President Ramaphosa called for calm, and over 30 people were arrested.