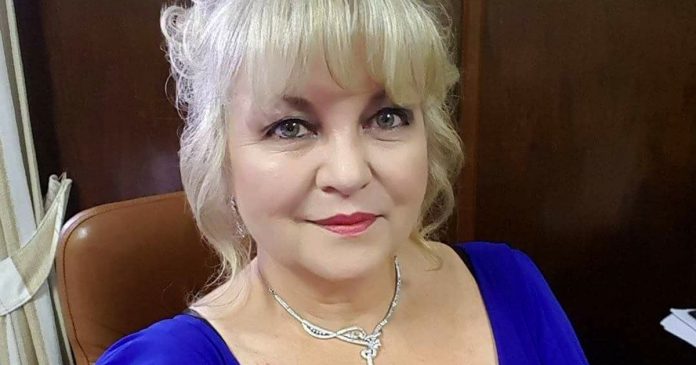 The DA’s Dianne Kohler Barnard delivered a hard-hitting statement in the South African National Assembly on Tuesday, addressing the crisis of murders in the country – 52 per day… and specifically the ‘special type of murders’ that occur in rural areas.

As she pointed out – with horrific and tragic examples – the brutal and cruel murders cross colour-lines and provincial borders. They affect everyone. Many of them are planned meticulously and can only be described as torture, she said.

Kohler Barnard posted the video after receiving many requests. “It speaks to attacks in our rural areas, and the police’s inability to do anything about them,” she says.

Many requests, so here ia a copy of my Member's Statement in the National Assembly yesterday. Resident IT genius MP Ken Robertson made the copy somehow.It speaks to attacks in our rural areas and the police's inability to do anything about them.

52 murders a day, and virtually every day now there will be a very special type of murder that takes place in one of our rural areas. These aren’t crimes of passion, or drunkenness, or anger. They are coldly and carefully planned and executed invasions characterised by sheer brutality. It can only be described as torture when a man is hung by his ankles and stabbed to death while his wife is being gang-raped in front of him.
That happened to a black farmer and his wife.
Or an electric drill is used to drill through the feet of an elderly white woman on a farm.
Or a baby is raped to death.
Or an elderly Indian couple are so brutalised by three men, the tiny 45kg wife dies of suffocation and the husband is still calling her name as he lies in ICU.
This is what is happening on our farms – base, boiling water brutality, without exception including violence and torture of the most horrific kind.
Two weeks ago there were six farm attacks in a 72 hour period. Anyone who lives on or works on or visits a farm is today at massive risk.
These are the people who feed our nation, and it has become clear from my visits to various provinces that the SAPS Rural Safety Strategy is a dismal failure. Police today rely heavily on private helicopters to get them to the site of attacks. They have virtually no equipment that would enable them to apprehend these murderers, they are under-staffed and under-resourced, and this in the face of a SAPS budget of some R90-billion.
Minister Cele you are quoted as saying we don’t need specialised Rural Safety Units, because the Rural Safety Strategy is working. Tell that to the family of a man who was dragged to his death behind a truck. No it is not working.
Our rural communities are isolated, they are terrified, and they need your help Minister. Show us you’re more than that selfie-taking piece of fluff that preceded you and protect these people, too.
No one in South Africa should fear torture, rape and death.