Decades after the devastating Angolan Border War, almost 100 South African military veterans travelled in convoy during May to revisit battle sites that have haunted them ever since, driven by a need for redemption, peace… and to “say cheers to the brothers”. Defying expectations Angolan citizens greeted them with open arms… like allies, not foes. The amazing pilgrimage is featured on Carte Blanche on Sunday night (and available to South Africans abroad from Tuesday 5 June 2018, if you subscribe to Showmax.)

According to the Unidade de Amizade Team, the South Africans and Angolans (including vets from Cuba and Russia) decided to launch a combined military operation in May – “not in anger this time, but with a focus on reconciliation and peace.”

Below, Gregory de Ricquebourg – a South African Lt General during the army – kindly shares some of his photos of an unforgettable trip…

15 May 2018 (they set off on the 9th): We are about to go into Cuito Cuanavale – the biggest battlefield. We have a huge armed police escort and the Angolan army ahead of us. Very mixed feelings. Have had no comms till now. We went through the battlefield at Savati on Sunday. Amazing how the war vets are greeting us like heroes.

Later that night: Very emotional day… at the biggest battle fought in Africa since World War II. I placed a cross at one of our tank casualties in remembrance of Edward Yeo, killed in action. 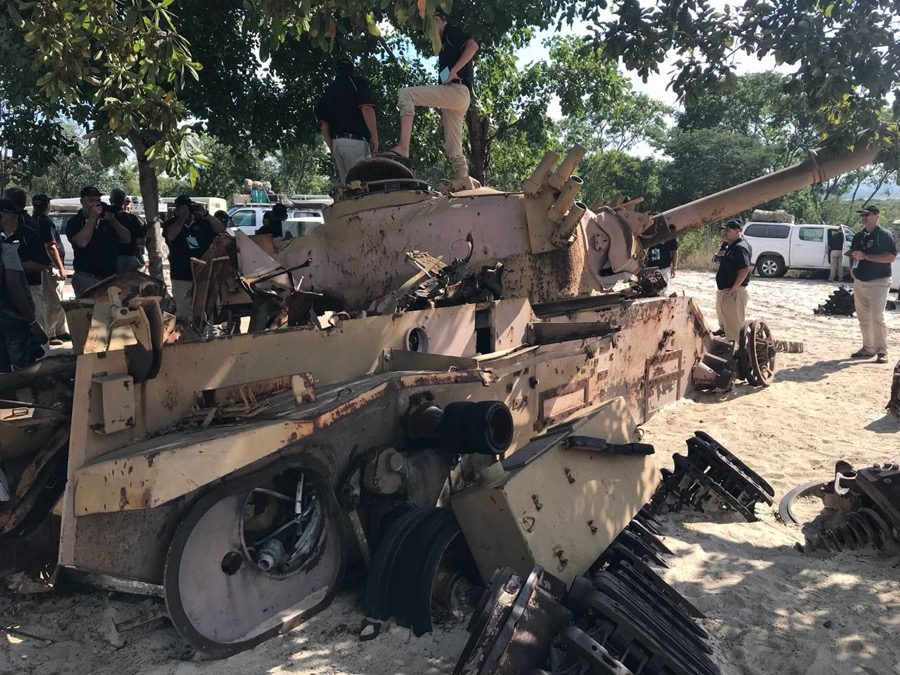 These were some of the weapon systems we came up against. 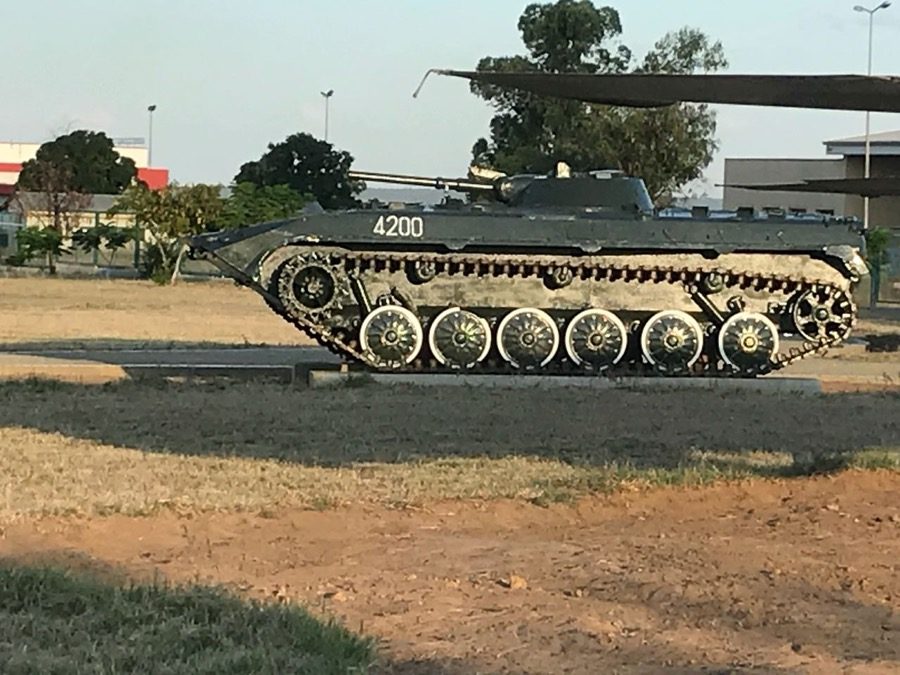 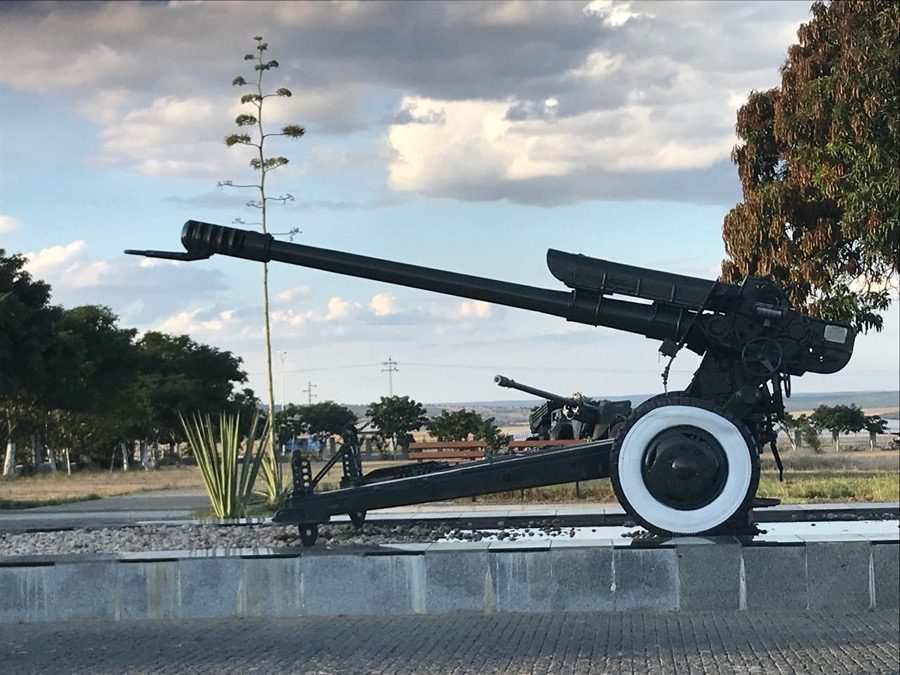 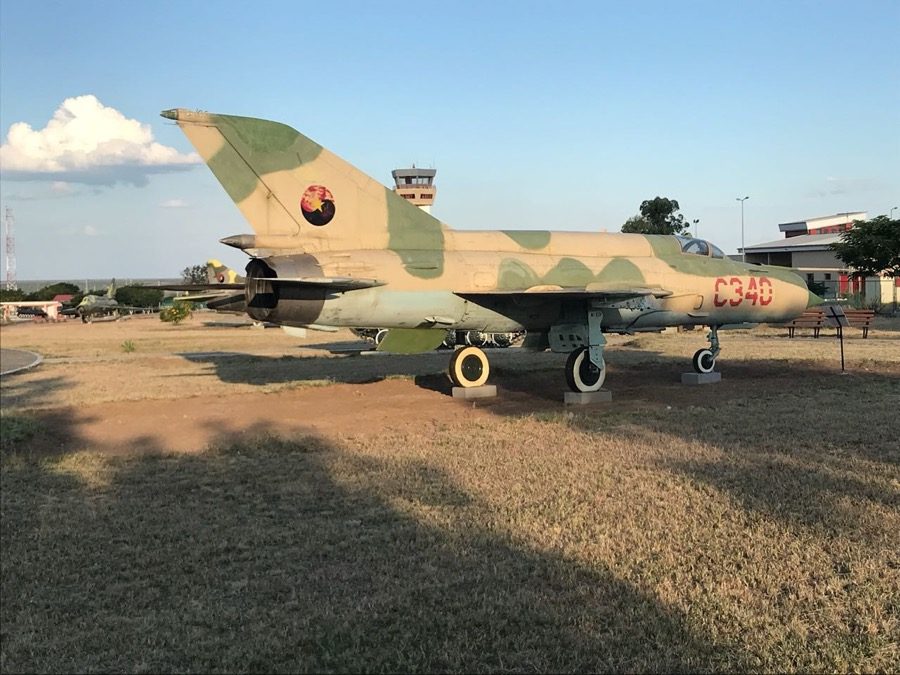 We assembled on the bridge at Cuito together with the MPLA veterans. Said prayers and threw hundreds of poppies into the Cuito River. Cuvelaigh tomorrow, then the big battle of Cassinga on Thursday.

We had Gen Dippenaar and old Col Cassie Schoeman flown in by chopper today to be with us. We placed Acacia trees with our names on, in remembrance of our fallen comrades. 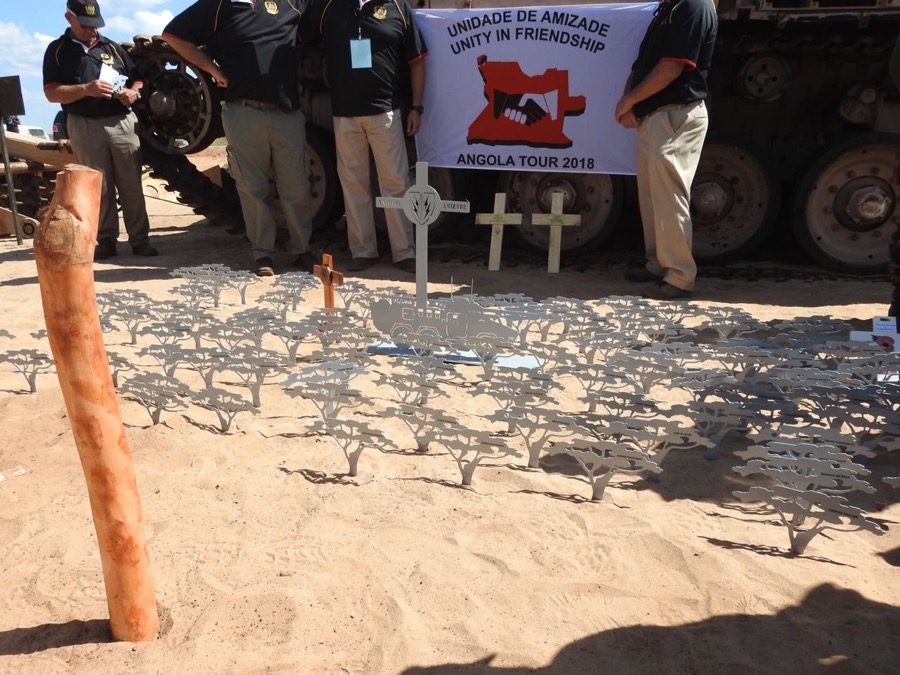 The Angolans have built a huge museum in Cuito to commemorate the battle, so we handed over various pieces including a replica of the Colour of our Regiment – 61 Mechanised Infantry Battalion. (It’s freaking hot here – 46 degrees C!) 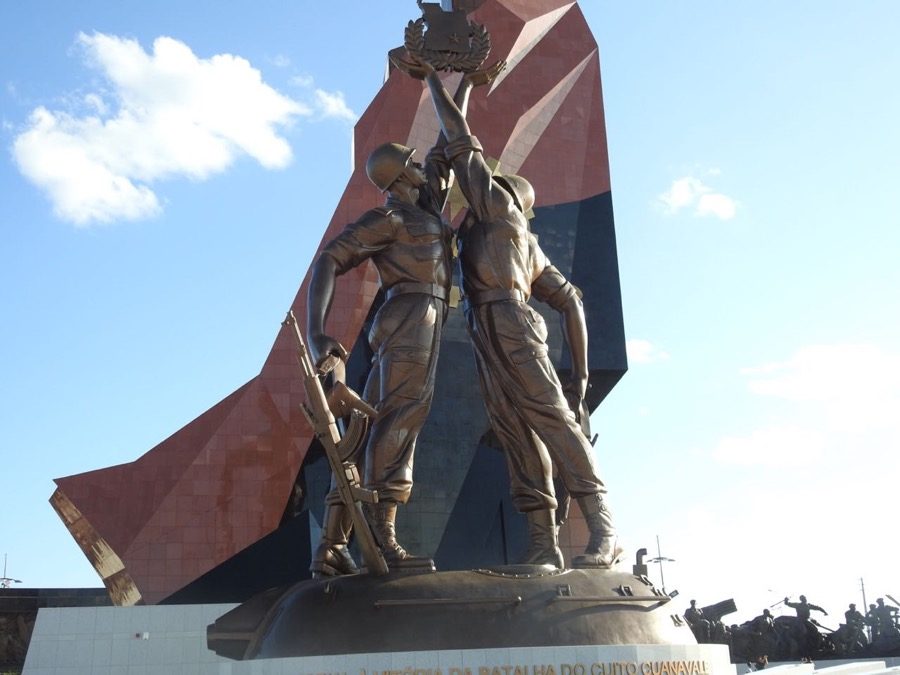 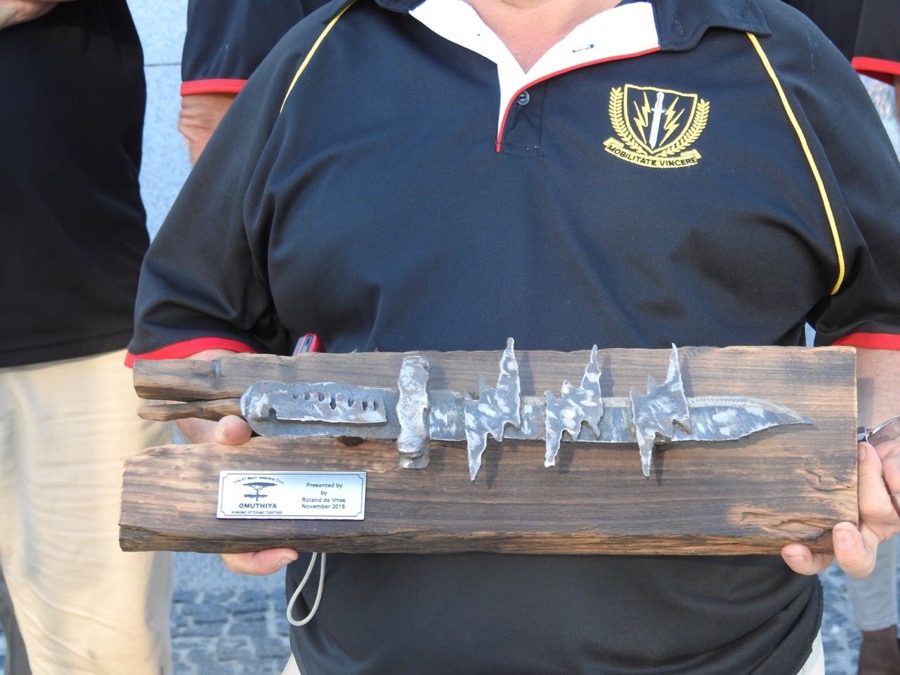 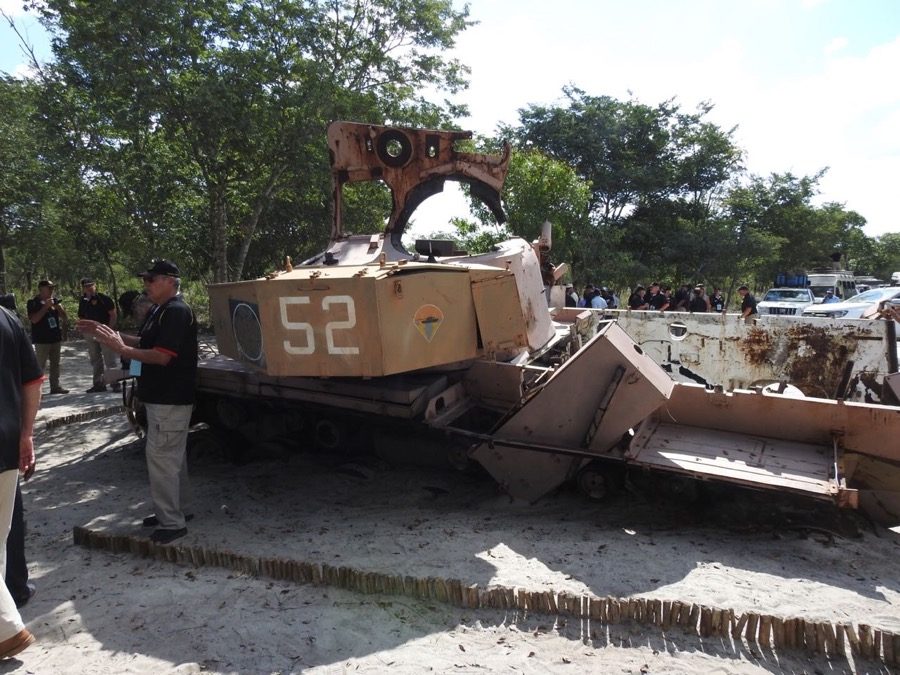 It’s amazing how we’ve been received here… like returning heroes. Every village a huge welcome party, and a HUGE banquet and breakfast in Menongue. We have blue light brigade and army and police escorting us wherever we go. It’s surreal.

Roads are deathly dangerous – huge ravines, never mind potholes! And with the huge convoy, dust and dark – it is very challenging.

Friday 18 May: Cuvelai – left Cassinga four hours ago. The roads are so shocking, and the forests so thick I really don’t know how we actually got these Operations right. Sorry no comms. This is a vast very poor country. This has been such a life journey for all of us. I still can’t believe after the destruction we caused, we are welcomed like heroes at every town. Shaking hands with all the town folk (including the veterans we fought against, wearing khaki uniforms). 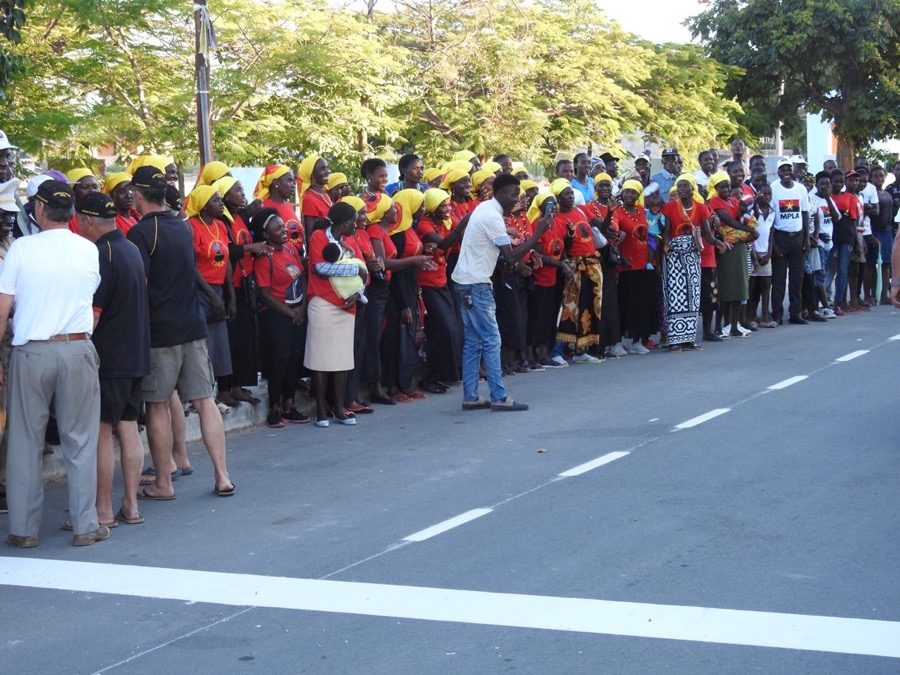 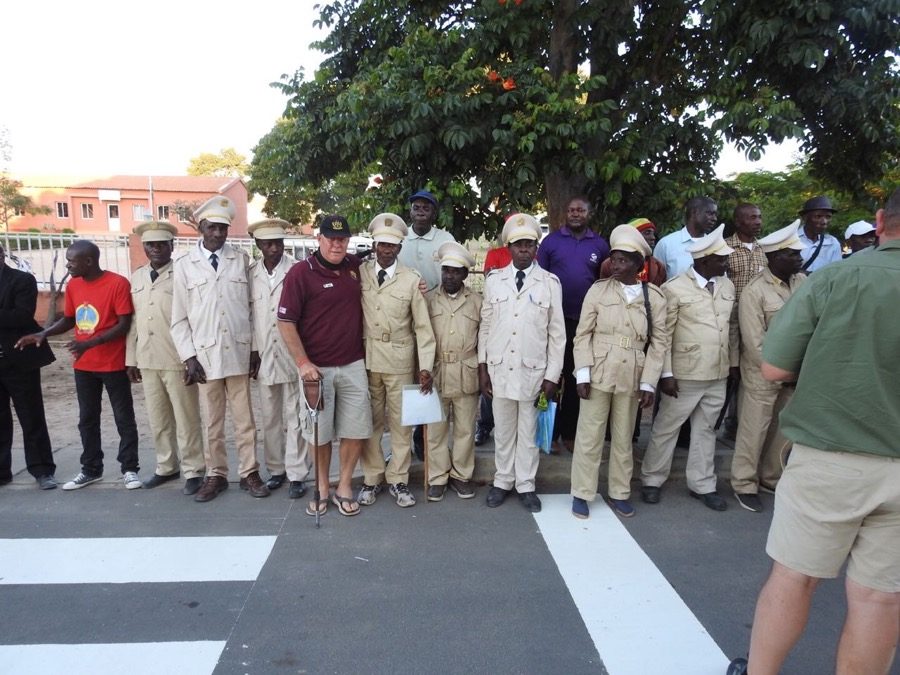 Saturday 19 May: We took the cross back to the church at Mupa today. The church was destroyed during Op Meerbos. Church has been rebuilt after we destroyed it. FAPLA were hiding here. The church is really nice and was packed to capacity. 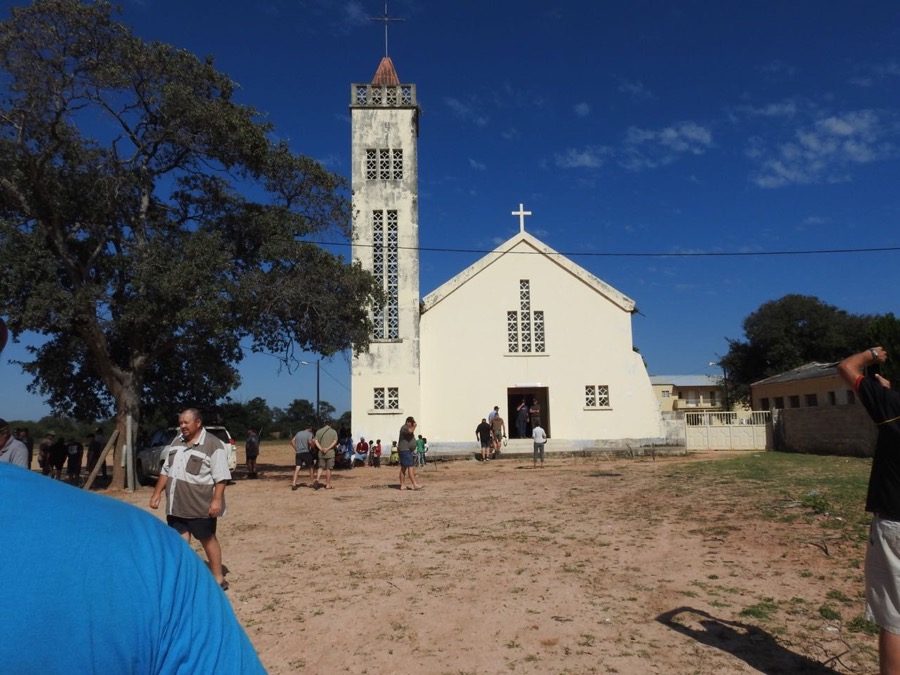 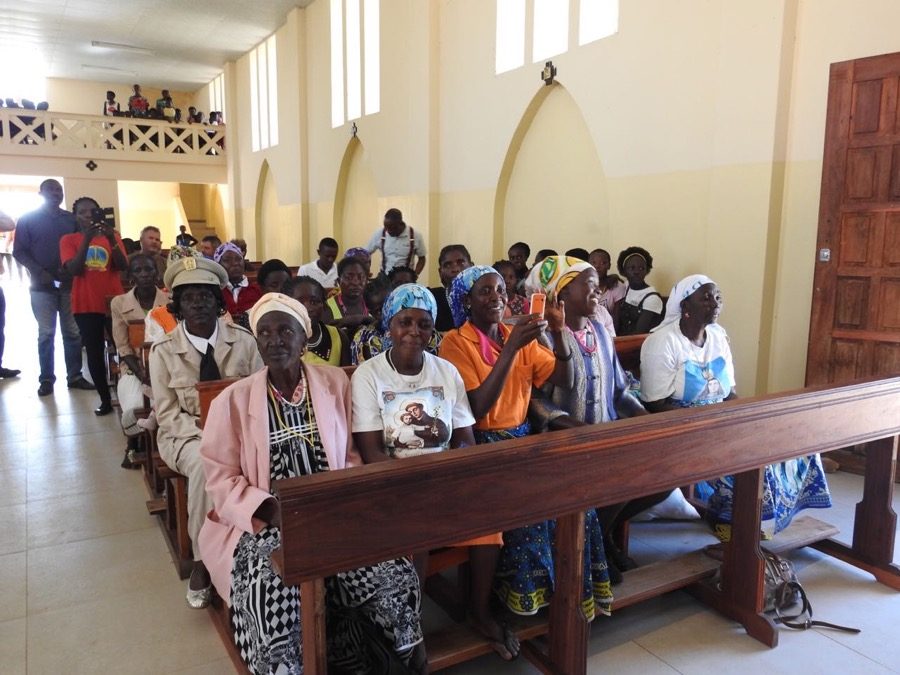 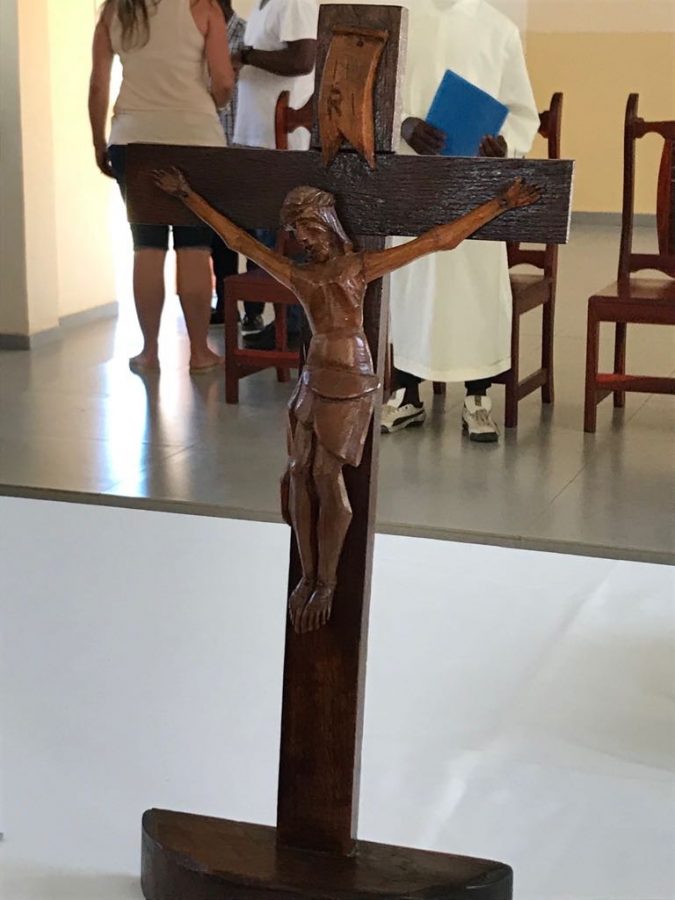 We are en route to the site of another of our big battles – Ondjiva. We will all have lunch with the Governor of this Province – Cunene. Those of us that fought here got the Cunene Clasp to wear with our Pro patria medal.

They have removed most of the vehicles we destroyed, but have left all of ours.

How’s this (picture below) – During the Sadabadeira attack, the guy on the left was the Russian advisor and the guy with the white shirt was the General Officer commanding the whole area. He was wounded, and we took him prisoner. He thanked us today for the excellent treatment he received as a POW (prisoner of war). The lady in red was the Commander Lt Col of the MPLA in this town. Historic like you can’t believe.

We were all hugging and crying.

Wednesday 23 May (2 weeks after setting off): Home safe. it really was the trip of a lifetime, in every way – emotionally and physically. It was a great adventure too… in an extremely poor country. The last time we did this was in armoured vehicles, so it was quite a challenge in Hilux’s etc. I’m going to make a documentary with all the footage I have and Carte Blanche are doing a show… It really was surreal how we were treated like heroes coming home, although we had caused so much damage there…

Watch Carte Blanche this evening in South Africa, or from Tuesday if you’re overseas – stream it on Showmax (Free 14-day trial).

#CarteBlanche Sun: @Devi_HQ on the #GuptaAssets, @clairemawisa on SA medical breakthroughs as well as an app assisting local fishermen. @macmoleli revisits the mining community of Ogies. The #RefugeeCrisis in the Med and 100 war vets return to Angola to seek redemption. pic.twitter.com/5fKZ4oS9IH

All photos copyright © Gregory de Ricquebourg. Please do not use without permission.