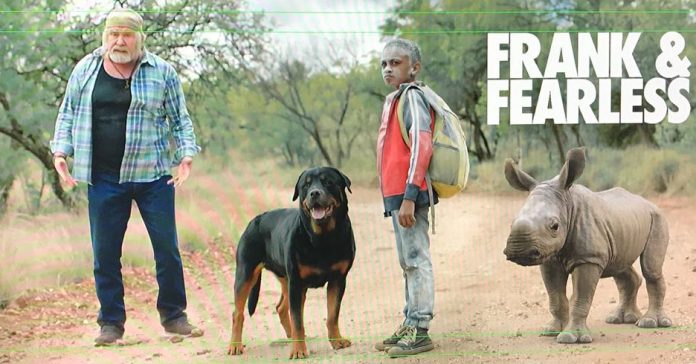 Strap in and hold on tight to your seats, because South African funny man Leon Schuster is back with a brand new quirky comedy complete with hilarious incidents and an inspiring storyline that will keep audiences captivated until the credits start rolling.

Unfortunately there’s no trailer available yet. We’ll have to wait till July for the teaser trailer, and August for the official trailer.

In true Schuster fashion, FRANK & FEARLESS, follows the winning recipe of side-splitting comedy and humorous social commentary of Leon’s previous successes like There’s a Zulu on my Stoep and Mr. Bones, but together with co-writer director Gray Hofmeyr, takes it to the next level by introducing a relevant and engrossing story… and a depth of emotion which sets it apart from anything else previously produced by one of the nation’s most iconic filmmakers.

Leon explains: “FRANK & FEARLESS was an extremely difficult movie to make, and the script by Gray, myself and Geoff Newton, was developed over a period of four years.

“Gray and I worked together for the first time on ‘Sweet and Short’ in 1991, and have made nine movies together since then. We are old Troopers, and the one without the other is like a soldier going into battle without his rifle.

“We are confident that this latest offering tops all our previous efforts, and that the kids of this world and their moms and dads will be engrossed by this film.”

Schuster is famous for some explains Leon whose films are some of the highest-grossing local productions with impressive international sales. 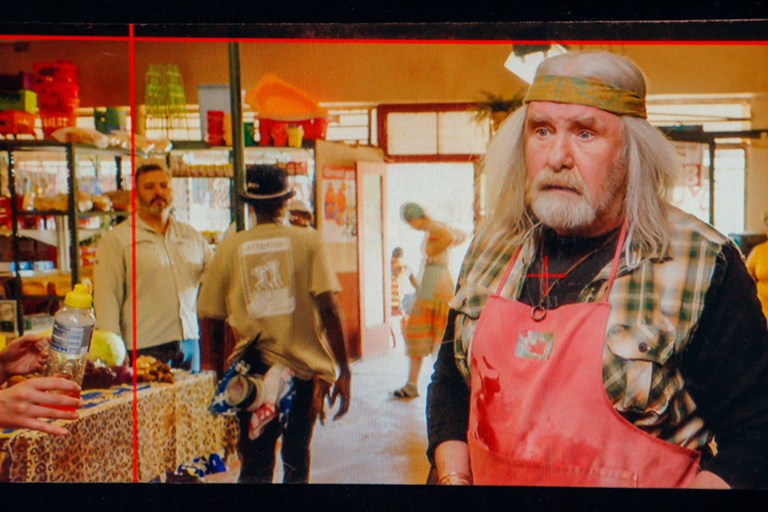 Set in Africa, the movie takes you on a thrilling adventure as a loveable old man, Sonny Frank (Leon Schuster), and a ten year old rural African boy, Fearless (Themba Ntuli), set out – with the pretty awesome idea – to kidnap the ambassador of a South-East Asian country in an attempt to stop rhino slaughter.

They are joined on this mission by two four-legged friends; Reini a baby rhino whose mother was killed by poachers and Fearless’s big and faithful black dog called Dog. When things go terribly wrong, they have no choice but to take on a platoon of merciless poachers, who are led by the terrifying ranger turned poacher, Dolf (Kenneth Nkosi), with whom Sonny has a past. The emotional heart, of course, stems from the characters’ individual journeys.

“Setting a comedy in a milieu as tragic as the rhino crisis was a controversial decision.  However I believe that comedy and tragedy can run seamlessly side by side, complementing each other and enhancing the emotional roller coaster ride, provided the performances and the story are 100% honest,” says scriptwriter and director Gray Hofmeyr, who has not only been in the industry for decades, but has also won numerous awards for his work.

Aside from brilliant cinematography and the most beautiful surroundings, the movie also boasts impressive performances by the star-studded cast.

Leon Schuster is apparently brilliant as an insecure railway chef and collector of indigenous spices, while newcomer, Themba Ntuli (Meerkat Maantuig), nails his role as a complex African child who is terrified of his own shadow. Kenneth Nkosi (Tsotsi), Khanyi Mbau (Happiness is a Four Letter Word), Jennifer Steyn (Goodbye Bafana, Madam and Eve) and David Dennis (Soul City) can also be seen in the film.

The film was produced by André Scholtz and Menzi Thabede, and will be released on 23 November 2018.