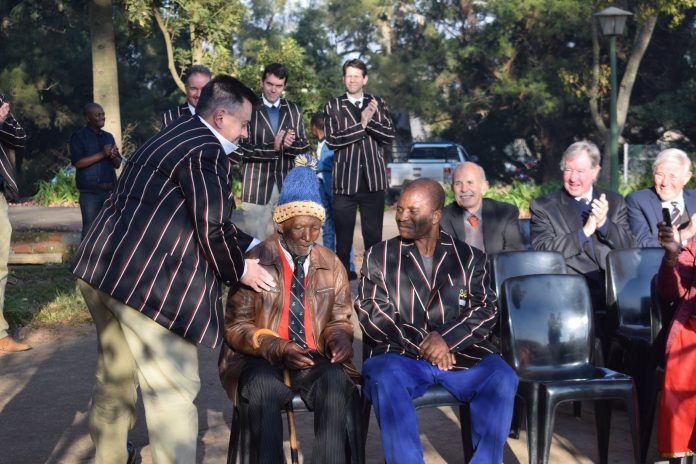 Martizburg College in Pietermaritzburg, KwaZulu-Natal, this week honoured its longest standing member of staff, Joseph Hlela… by naming a walkway after him, at the prestigious South African school. 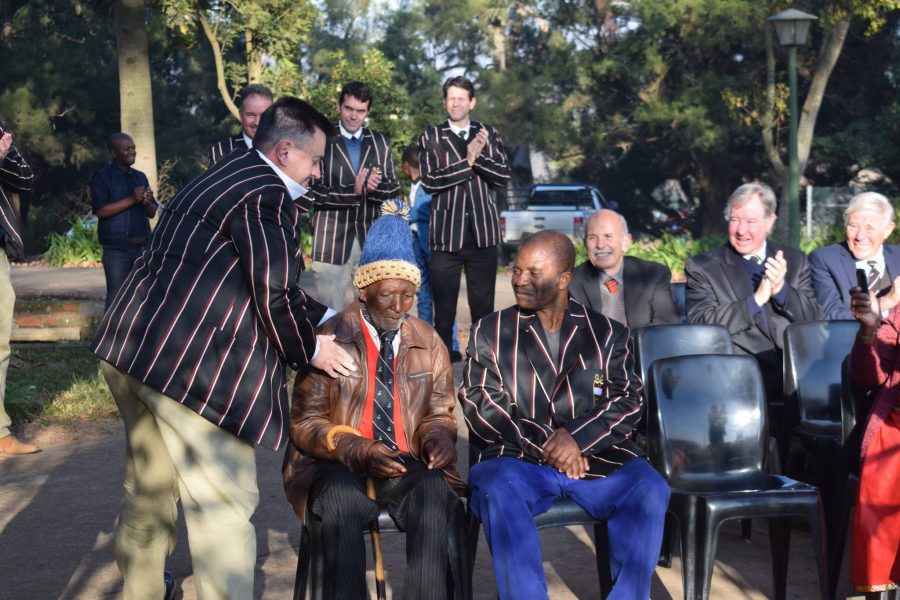 The school said Joseph was employed by College from 1950 to 1999, with a short one-year break in 1988 when he took retirement.

“His 49 years of service to College is a record for any staff member.

“Current Deputy Headmaster of Boarding and School Historian Matthew Marwick remembers Joseph very well from his own days as a College boy, as a much respected member of the Estates staff (he was the Induna, after all), and very popular with the College boys,” said the school on Facebook. 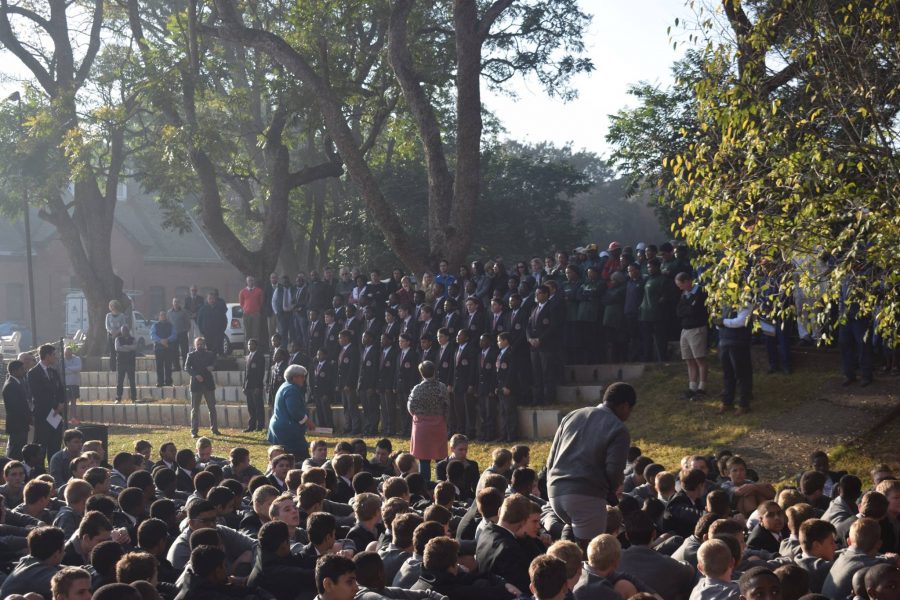 At the special dedication ceremony on Tuesday, the entire school of 1,350 boys gathered on Barns field to recognise and celebrate Joseph, as the paved walkway alongside the field was named Jospeph Hlela Way. 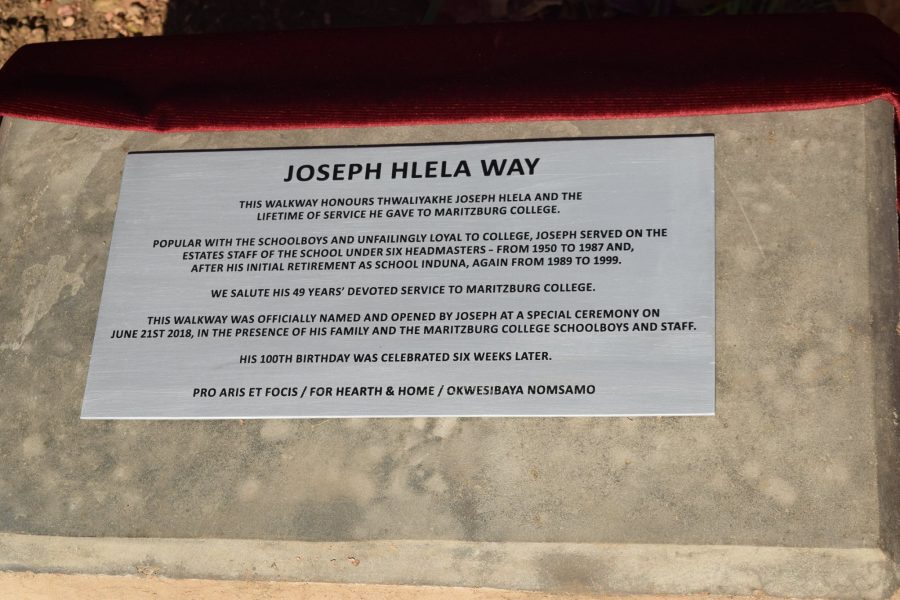 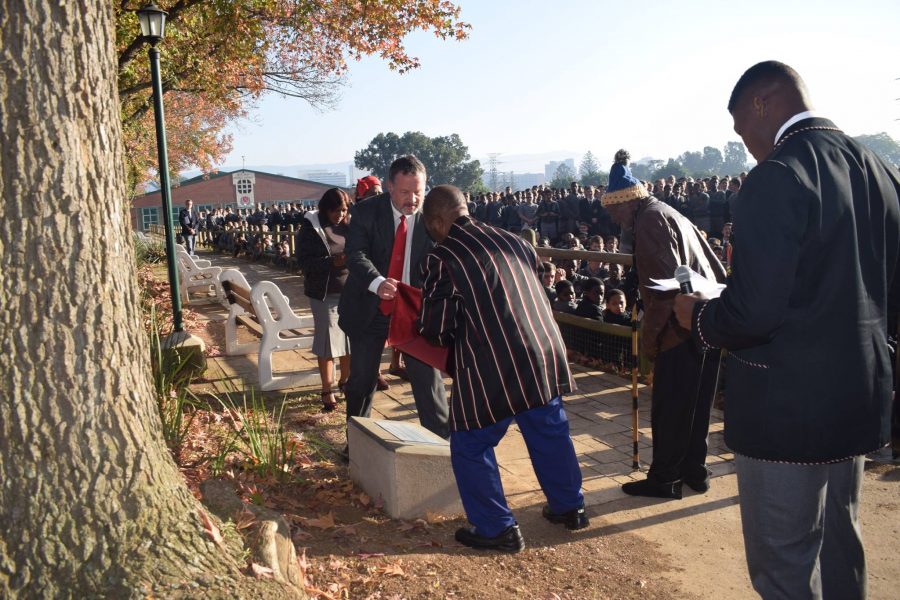 Joseph, who was born in the same year as Nelson Mandela, will turn 100 in just six weeks’ time.

He attended the event with his very proud family… including his son-in-law, Enoch Bafono Sithole, who has himself given unbroken service to the school since 1973.

“If anyone ever breaks Joseph’s record, it will be Enoch!” said College. 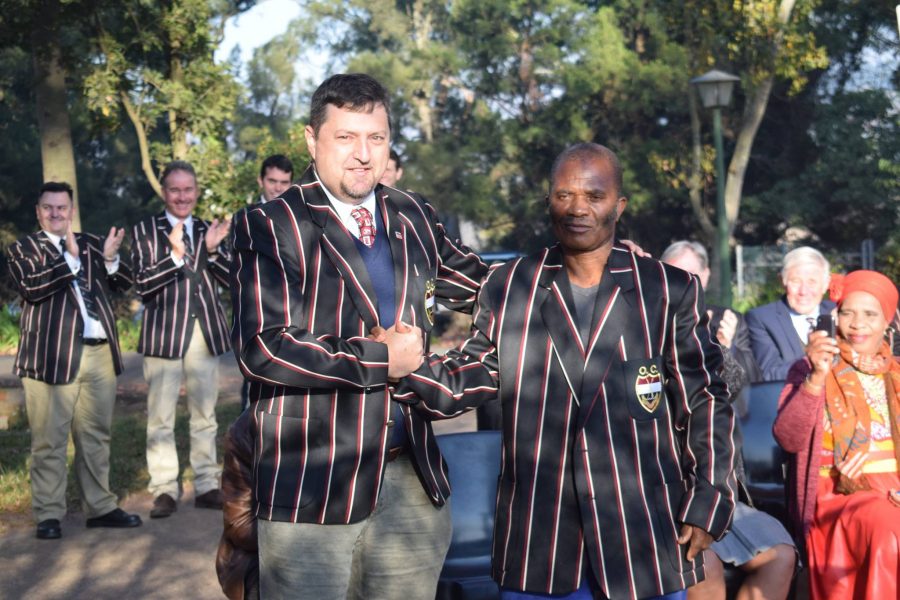 The event concluded with the school choir performing a song, before the prefects led the school in a rousing tradition – the “Jimeloyo Ji” war cry.”