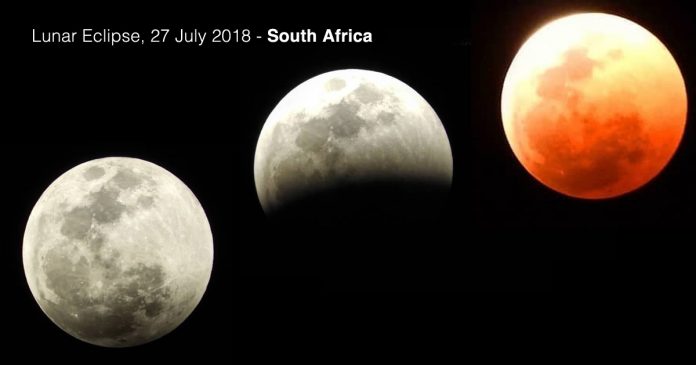 The much anticipated blood-red moon dazzled star gazers across much of South Africa and the world on Friday evening, when the earth’s natural satellite moved into the shadow of our planet for the longest lunar eclipse of the 21st Century.

From Cape Town, KwaZulu-Natal and Gauteng to the Middle East, and from the Kremlin to Sydney Harbour, thousands of people took to the streets and the beaches to watch the moon with the naked eye as it darkened before shining orange, brown and crimson… as it moved into the earth’s shadow. 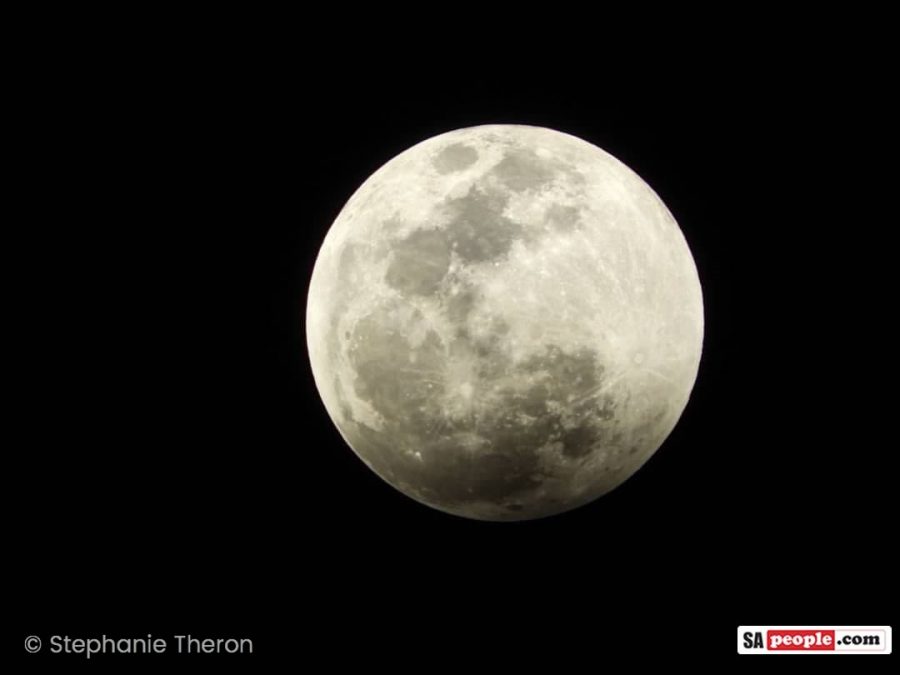 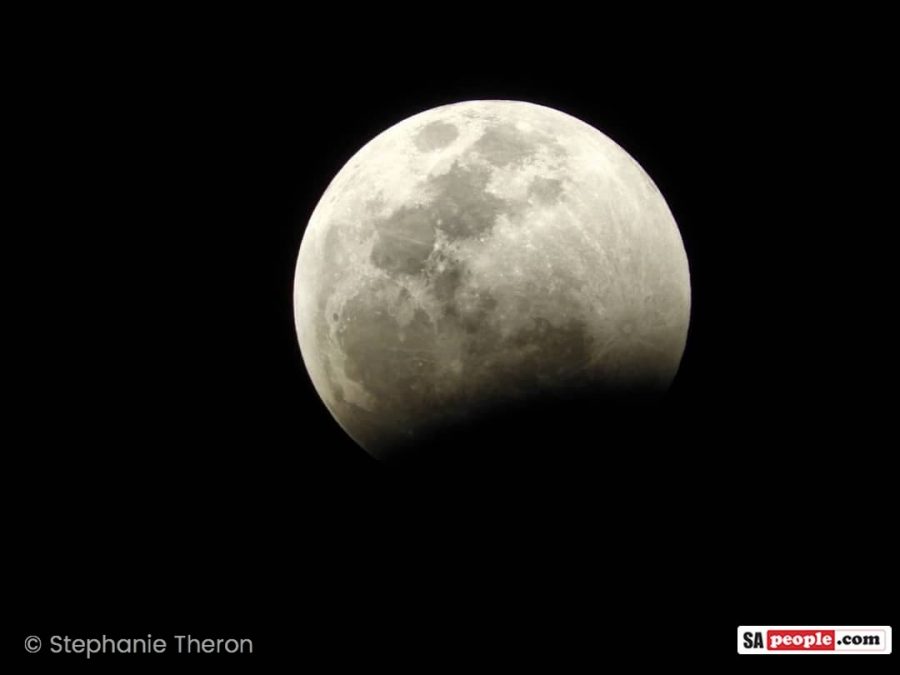 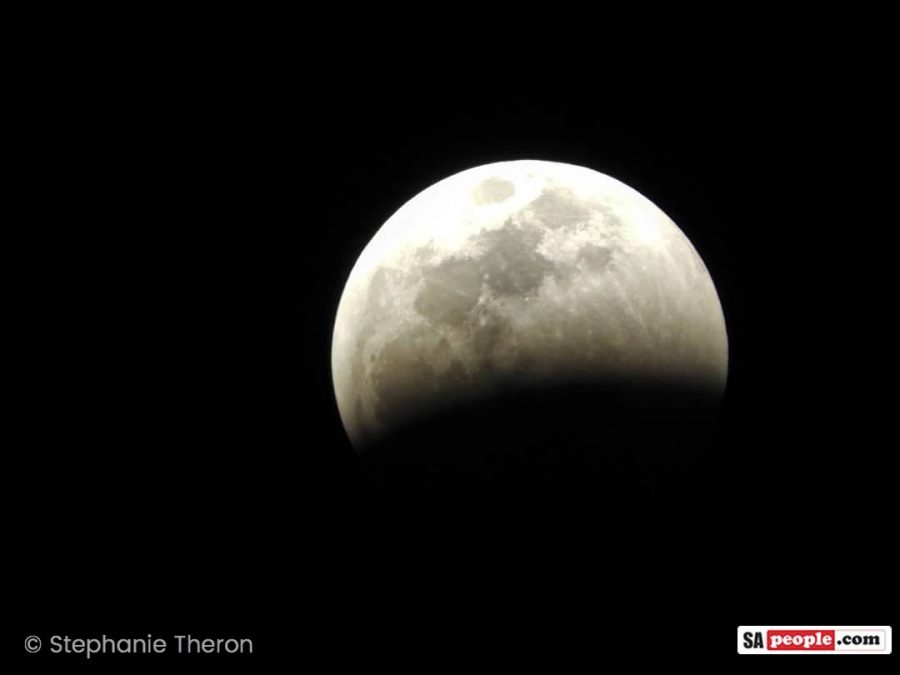 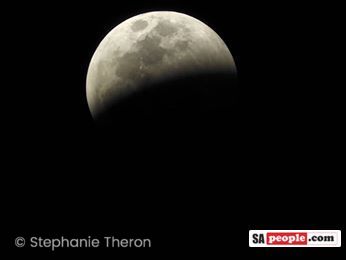 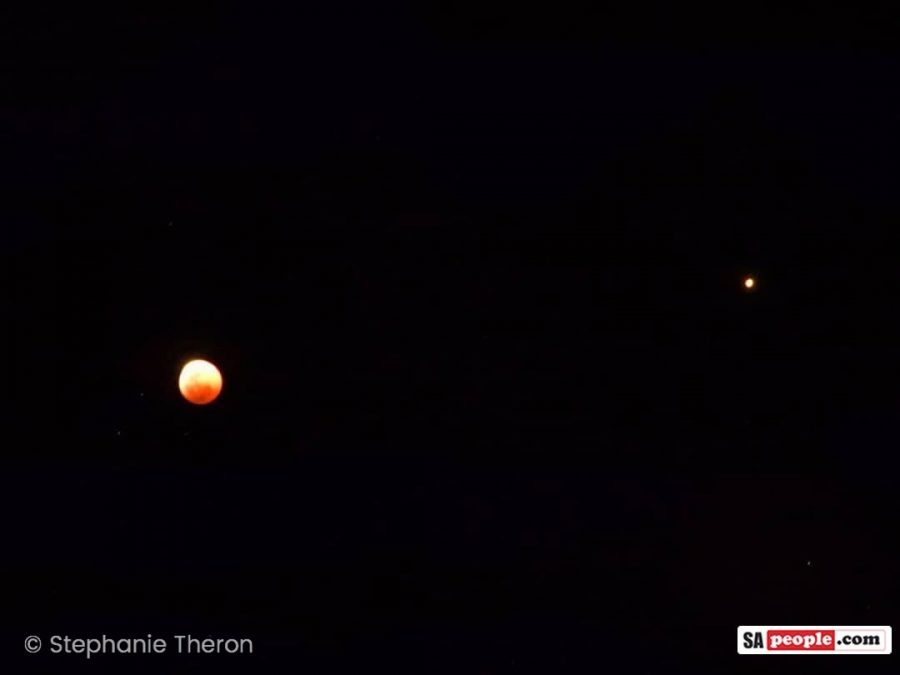 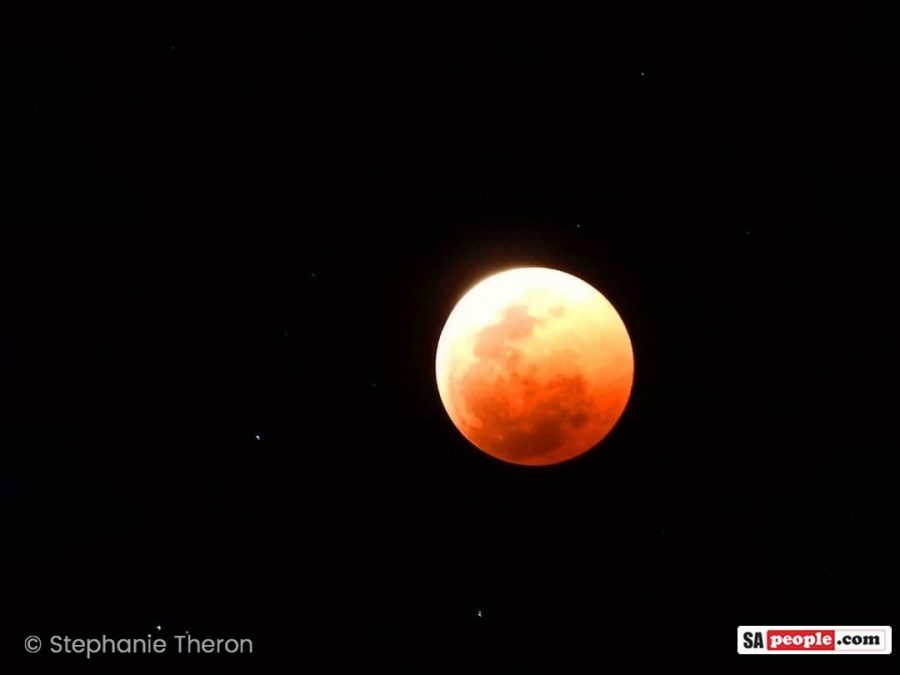 Andrea Ben captured these photos of the ‘blood moon’ over Johannesburg, Gauteng: 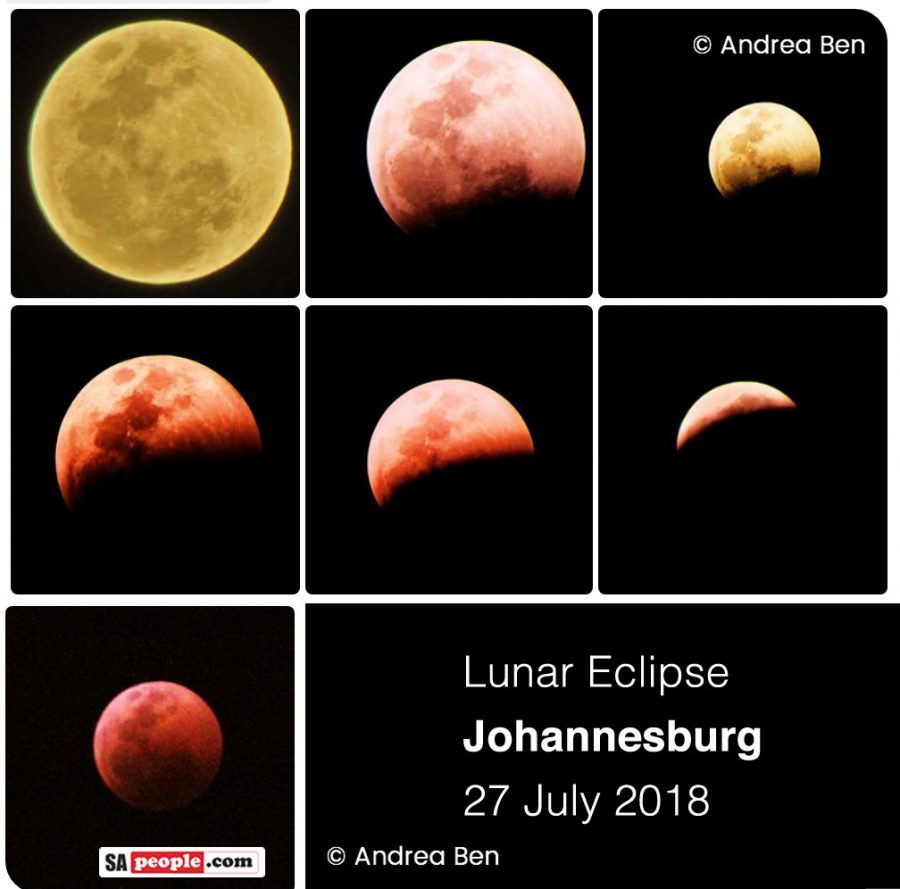 The total eclipse lasted 1 hour, 42 minutes and 57 seconds, though a partial eclipse preceded and follows, meaning the moon will spend a total of 3 hours and 54 minutes in the earth’s umbral shadow, according to NASA.

The fullest eclipse, at 2022 GMT (4.22 p.m. ET), was visible from South Africa and the rest of Africa… as well as in Europe, Russia, the Middle East, much of Asia and Australia… though clouds blocked out the moon in some places.

Photographer Charles Johnstone captured these photos of the eclipse in Johannesburg before and during the historical event:

Reuters photographers charted the moon’s rise across the world, from the Sheikh Zayed Grand Mosque in Abu Dhabi to the Temple of Poseidon in Cape Sounion, near Athens.

In Nairobi, Kenyans watched as the moon darkened.

“This is what life is all about: Magical moments like this,” said Teddy Muthusi as he watched from Uhuru Park in Nairobi. “It’s just beautiful. It’s well worth it.”

On the banks of India’s Ganges, temples were closed ahead of eclipse. In Singapore, enthusiasts watched through telescopes at the Marina South Pier. Hundreds of people in Australia paid to watch the eclipse from the Sydney Observatory before sunrise.

When the moon moved into the conical shadow of the earth, it went from being illuminated by the sun to being dark. Some light, though, still reaches it because it is bent by the earth’s atmosphere.

At the same time, Mars is traveling closer to earth than it has done since 2003, so some observers may see what looks like an orange-red star – and is in fact the red planet.

“It is a very unusual coincidence to have a total lunar eclipse and Mars at opposition on the same night,” said Robert Massey, deputy executive director of the Royal Astronomical Society, who watched the eclipse from the Mediterranean Sea.

For thousands of years, man has looked to the heavens for omens of doom, victory and joy. The Bible contains references to the moon turning into blood and some ultra-Orthodox Jews consider lunar eclipses ominous and a cause for moral contemplation.

According to some Hindu beliefs, celestial bodies such as the sun and moon emit negative energy during an eclipse and so some temples in India were closed to minimize any disturbance.

Astronomers, though, said there was no cause for worry.

“There is no reason to believe that blood moons foretell doom,” said Massey. “This does not herald the apocalypse: seeing a lunar eclipse and Mars in the sky is something people should enjoy rather than worry about.”

The eclipse of the moon will not be visible from North America or most of the Pacific. The next lunar eclipse of such a length is due in 2123.

If you missed it, watch here:

WATCH LIVE: The longest lunar eclipse of the century known as the 'Blood Moon'Full story: https://dailym.ai/2NRqBNc

We’re in Iraq, watching the longest total lunar eclipse of the century as a blood moon forms over most of the Eastern Hemisphere