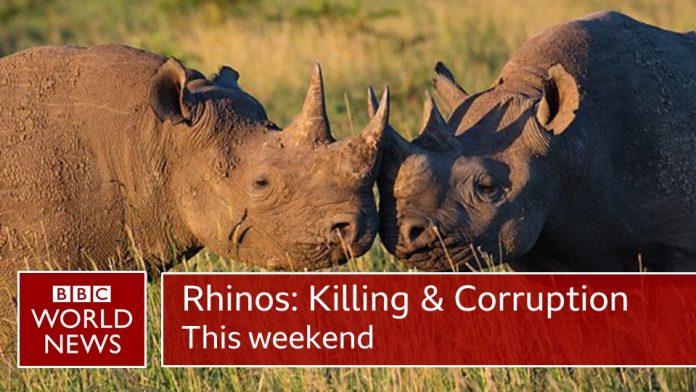 An explosive BBC World News documentary premieres today around the world – lifting the lid on the alleged links between rhino poaching in KwaZulu-Natal (KZN), South Africa, and the alleged corruption within KZN courts and its national parks. 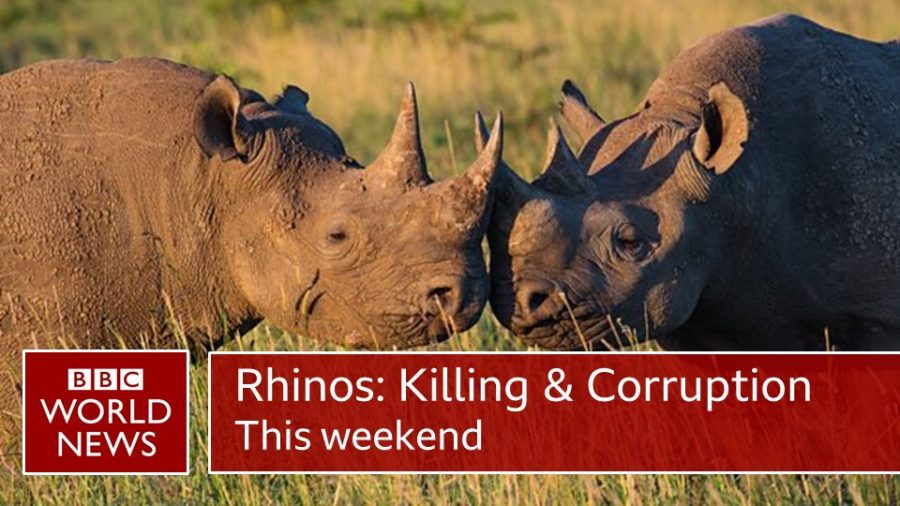 BBC says: “A thousand rhinos are being killed every year in South Africa – and there are less than 25,000 left. Their horn is worth more than cocaine on the Asian black market, but it’s not just the greed of poachers and traffickers – corruption is apparently fuelling the crisis.”

The documentary has caught the attention of world players including the Environmental Investigation Agency, and it’s hoped that President Cyril Ramaphosa – who has been on a mission to wipe out corruption in SA – will watch and respond accordingly.

National Geographic journalist Bryan Christy said: “Poaching is not nearly as harmful to wildlife all along the trafficking chain as are broken institutions of civil society, from source to demand – courts, cops, prosecutors, customs officers. This is especially true for rhino horn trafficking. Where $ is high the good are outnumbered.”

A whistle-blower revealed to the BBC that he was the middleman between rhino-horn smugglers and a KZN court syndicate, alleging that he was tasked with paying people in the judiciary from money given to a lawyer, Welcome Ngwenya, by rhino-horn kingpins. Ngwenya denies the claims.

“But investigations, involving others informants, point to a court syndicate that could be keeping rhino killers beyond the reach of the law,” says BBC’s Leitheid.

He concludes: “If elements of South Africa’s justice system prove to be corrupt it not only threatens rhinos and allows poachers to act with impunity, but it compromises the police and the justice system in other cases as well.”

The document features Saving the Wild founder Jamie Joseph, who was instrumental in gathering the whistle-blower’s initial evidence (read more here). Joseph says the BBC film features “exclusive interviews from the battlefield littered with rhino carcasses to the shiny brass hallways of Parliament, the world will soon learn that in the race to save the last of the rhinos, the number one enemy is not poachers. The number one enemy is power; some of the very people put in charge of protecting our precious wildlife.”

World renowned photographer Thomas D. Mengelsen, who has teamed up with Saving the Wild in the past to produce a collection of photos of Africa’s most endangered animals, says the non-profit has pursued high level targets to expose the corruption driving rhinos into extinction… which is “the game changer in a bloody war that has dragged on for over a decade”.

Joseph asks: “Will these crooked “justice” officials be brought to book, or will the rhinos of South Africa continue to tumble into extinction?”

For other broadcast times:
www.bbc.co.uk/programmes/n3ct5bcg