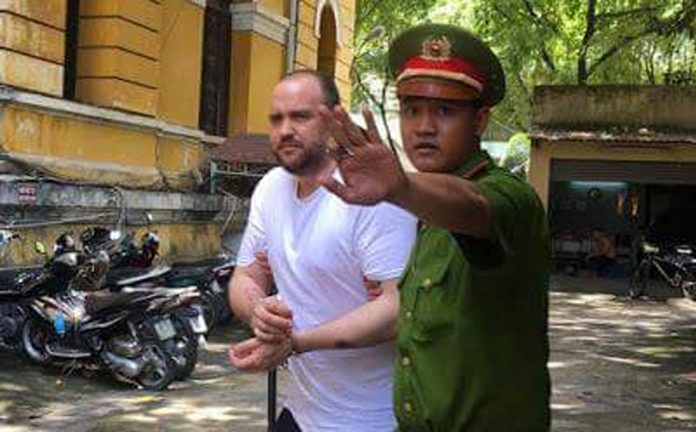 A South African man, Tyron Lee Coetzee – who was arrested for drug smuggling in Vietnam in 2016 – yesterday received the death sentence in Ho Chi Minh City.

It’s led to calls from the South African government for travellers to please ensure they know the foreign laws before travelling to a country.

An official from the South African mission in Vietnam was in court when the sentence was handed down, after a trial that lasted only half a day.

“The family of the man has been informed of the latest developments, and the department is rendering consular support to them,” said International Relations and Cooperation (DIRCO) Minister Lindiwe Sisulu.

“The department will continue to monitor the case and will take the lead from the concerned citizen with regard to the possibility of appealing the sentence,” said the Minister.

Coetzee allegedly had 1.5kg of cocaine on his possession when he was arrested two years ago at the airport in Vietnam. According to the Chiangrai Times he told investigators he was offered $3,500 by a Nigerian man to smuggle the cocaine to Vietnam. Trafficking any amount of cocaine or heroin over 100 g is punishable in Vietnam by death, according to the paper.

Coetzee reportedly tried to argue that his actions were impaired by his schizophrenia and that he was not aware that drug trafficking was illegal.

With over 800 South Africans serving time in foreign jails, Sisulu urged travellers to familiarise themselves with foreign laws before travelling, and to desist from illegal activity.

Sisulu expressed concern over the high number of South Africans detained abroad on a variety of charges, predominantly drug-related.

“The department once again calls on South Africans travelling abroad to familiarize themselves with the legal and cultural practices of the countries they are visiting. South Africans are warned against taking part in any unlawful activities,” said Sisulu.