South Africans have reacted to news that the country is now in a ‘technical recession’ with their usual SA humour!

The recession has hit everybody really hard.
CEO’s are now playing miniature golf.
The Guptas laid off 25 Parliamentarians.
I met a Mormon with only one wife.
If the bank returns your cheque marked “Insufficient Funds,” you call them and ask if they meant you or them.
McDonald’s is selling the 1/4 ouncer.
Parents in Sandton fired their nannies and learned their children’s names.
A truckload of South Africans was caught sneaking into Zimbabwe.
A picture is now only worth 200 words.
The Sun City casino is now managed by Somalian pirates.
I lay awake last night, depressed about the economy, Brexit, wars, jobs, my savings, retirement funds, etc., I called the suicide hotline. I got a call centre in Pakistan, and when I told them I was suicidal, they got all excited,
and asked if I could drive a truck 😭

Last time there was a recession I wasn't my own responsibility… pic.twitter.com/bJAqqNelPy 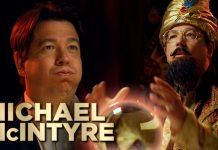