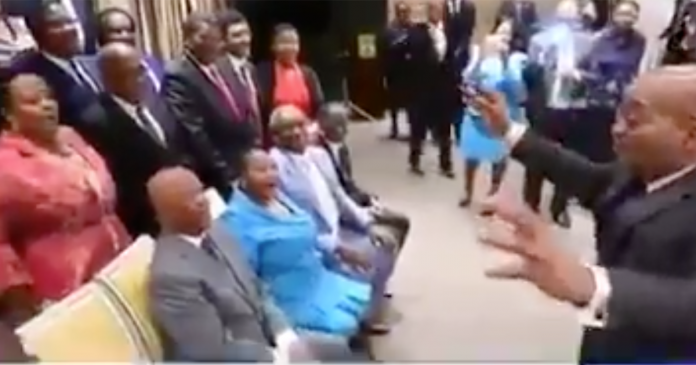 An old video has emerged on Twitter that seems to reveal just how much former South African President Jacob Zuma had his ministers singing for their supper!

It’s very interesting also spotting (near the end) who did not sing along… Pravin Gordhan, who is now helping to clean up the legacy of corruption that Zuma left in his wake.

One user lamented: “While the country was being stolen, they sang.”

The video was uploaded by Twitter user Aluta Continua who said: “The Zuma choir was singing and singing to his tunes.”