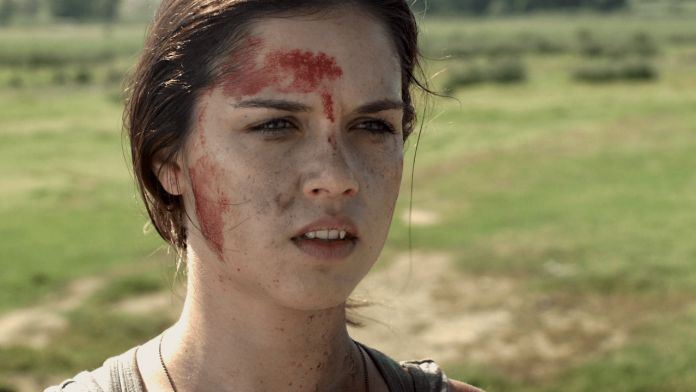 You’ve seen the classics – from all three Scream movies to Anthony Hopkins’s Hannibal to the psychological terror that is Shutter Island. Looking for a new flavour of fright? These lesser-known horrors and thrillers are waiting for you on Showmax if you live in South Africa. For South Africans living abroad – two of these movies are available to stream – number 5 (Siembamba) and and number 10 (Last Ones Out)… both South African-made… so you could have an SA-themed Halloween!

Justine is a 16-year-old vegetarian whose appetites, um, change, after she’s pressured into eating meat during a hazing. This starts a dark spiral of lust and hunger in this award-winning horror film that goes where few movies dare to… Watch now »

This terrifying and 100% true documentary investigates the disturbing case of two 12-year-old girls who committed a brutal murder to appease a fictional online bogeyman known as the Slenderman. Watch now »

A spine-chilling horror anthology series, Channel Zero devotes each season to telling a new terrifying story. Each seasonal instalment is based on a different “creepypasta,” a popular user-generated online horror story. Watch now »

A chemical explosion in their town leaves a whole school isolated. Then the monsters arrive and they have to fight for survival in this exciting thriller series. Watch now »

5. Siembamba | Made in SA – AVAILABLE FOR EXPATS TO STREAM TOO

She thought her depression was caused by her child’s birth. Then Chloe starts to suspect that an evil entity is haunting them, but nobody believes her. Siembamba is nominated for eight Africa Movie Academy Awards in October, including Best Film, Best Director (Darrell Roodt) and Best Actress (Reine Swart). It was also nominated for two SAFTAs. Watch now »

There is no escape in the connected world as four seemingly unrelated teenagers are targeted by an anonymous creep who stalks them with violent videos. Can they stop it? Watch now »

A serial killer is stalking women and killing them for their tattoos. But only one cop, a new rookie, is getting close to the truth in this gripping thriller. Watch now »

7. Dark Beacon | First and only on Showmax

Tracking down her former lover, Amy stumbles upon an isolated lighthouse. But there is something very wrong there and she’s suddenly up against real madness and dark forces… Watch now »

You won’t get a wink of sleep after watching this chilling new horror anthology. Technology and terror meet as a woman documents the creepy encounters of other people. But while she progresses, the horror starts coming after her too… Watch now »

10. Last Ones Out | Made in SA – AVAILABLE TO EXPATS TO STREAM TOO

When a zombie outbreak leaves them as the last few survivors, four strangers must team up to escape. But can they trust each other when the stakes to succeed are so high? Find out in this nail-biting South African horror movie! Watch now »

What happens when a con man gets a conscience? Charlie has been pretending to be a psychic when a blow to the head changes his mind – literally! Alas, that might be a problem with his shady boss in this excellent thriller… Watch now »