SUN CITY – There’s hope that South African Louis Oosthuizen could win the tournament currently being played at the Gary Player Country Club at Sun City, in SA. Home favourite Oosthuizen produced a strong back nine today to card a five-under-par 67 and trail leader Sergio Garcia by one shot at the halfway stage of the European Tour’s Nedbank Golf Challenge on Friday.

Garcia was faultless in shooting 64 in his opening round, but found the going much tougher on Friday as he finished with a 71 and a nine under-par total.

Oosthuizen is his nearest challenger as he seeks a first win at a tournament he has long coveted, with Finland’s Mikko Korhonen (70) three shots back.

Oosthuizen looked to be struggling after a double-bogey on the eighth hole saw him turn at one under-par for the round.

But an eagle on the 10th and birdies on 14 and 15 elevated the 2010 Open Championship winner up the leaderboard on a difficult day for scoring with a swirling breeze.

“I’m pretty happy with the round,” Oosthuizen told reporters.

“After eight I had a good run at a few holes. I feel like I’m playing nicely, I’m just trying to hit the fairways and the irons feel pretty good.

“You have to play the wind as you feel it because it is so inconsistent. It’s a golf course that you need to be patient around.”

At one stage Garcia led by five shots as he opened his round with birdies on the first two holes, but four bogeys, including the 18th, spoiled his day and allowed others to close in around him.

Ross Fisher (72) looked like he would be one of those before dropping an astonishing eight shots on his final four holes.

Fisher had eagled the second and picked up six more birdies to reduce Garcia’s lead to two shots.

But after driving into the trees on the 15th, the Englishman took six shots to reach the green and then three-putted for a nine. He bogeyed the final three holes as well.

He was by no means the only player to struggle on the 15th though as 2011 Masters champion, South African Charl Schwartzel (78) needed nine shots to complete the hole.

World number six Rory McIlroy carded a 71 on Friday and is one under-par for the tournament as his hopes of winning the Race to Dubai fade.

Our hopes are pinned on Oosthuizen! #GoSouthAfrica! 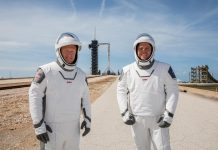 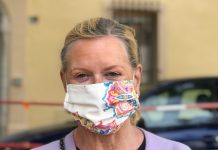