Trevor Noah REALLY wants Idris Elba to star as James Bond… but the South African comedian has realised, after a trip to Scotland, that there may be one hiccup. The drop-dead gorgeous British actor may not always blend in in spots that criminals hang out in, which is the key to being a spy.

In fact when writer Ian Fleming wrote the first novel in 1953, he told The New Yorker that “I wanted Bond to be an extremely dull, uninteresting man to whom things happened; I wanted him to be a blunt instrument.” Idris is definitely not that! (Fleming also mentioned that he named his character James Bond – after an ornithologist – because it was “the dullest name I ever heard”.)

Trevor’s Idris Elba rant is not new (it’s featured in his Afraid of the Dark performance on Netflix) – but he has a renewed passion for it! Last night he posted the video on YouTube saying: “I still need this in my life.”

On 6 December Trevor posted the video on YouTube saying: “Idris Elba as James Bond? Please tell me the rumours are true!”

Another agreed: “l will be happy with the world when we finally see Idris as James Bond. That’s all that’s left for world peace 😂” 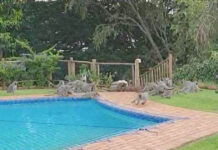 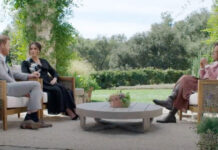