Young South Africans spend on average R938 (US$85) a month looking for work. This astronomical cost includes transport at R558 ($41) and an additional R380 ($28) for internet access, printing, application fees, agent’s fees and even money for bribes.

The picture is even more alarming when you consider the unemployment statistics. Over the last decade of unemployment in South Africa has increased from 21.5% to 27.2%.

But perhaps most concerning is that it’s especially high for South Africa’s almost 10 million young people between the ages of 15 and 24. For this group, unemployment sits at 50%. Not only do young people struggle to find work but the process of getting a job in South Africa is expensive.

The data on the cost of looking for work has been collected by the Siyakha Youth Assets for Employability Study. The ongoing study launched in 2013 to assess whether government programmes designed to help young people is actually making a difference in their efforts to find work.

The programmes offer some form of skills training – usually a combination of technical and general workplace skills, along with some advice and support on finding work. The study is looking at whether youth employability programmes – improve employment for youth and what elements help them in their job search.

The study participants were predominantly African, women and from poor backgrounds. The average age of the participants when they completed their training was 23.5 years. Three-quarters of the sample were between 18 and 25 years of age. This demographic is the most affected by unemployment.

The reasons most often given for youth unemployment are limited skills, lack of work experience, and high wage expectations. But our findings show that over half of the sample had prior work experience and did not report unrealistic wage expectations, suggesting there were other factors keeping young people locked out of the labour market.

We conclude that one reason contributing to the continued inability of young people to break into the jobs market is the cost of seeking a job.

The survey has involved a sample of 1 986 young people who participated in eight of these programmes at 48 training sites across the country. The vast majority of the participants were young – with an average age of 23 – black (94,4%) and unemployed (78%).

A key reason that those surveyed gave for not looking for work is the cost of doing so.

The reason for this is that apartheid-era spatial planning, in which townships were established far away from economic hubs, continues to affect the ability of people to look for work in a cost-effective way

Two-thirds of the participants in the study live in townships often located on the periphery of urban areas. This means they have to travel long distances to the urban economic hubs to access job opportunities.

The remaining third were based in far-flung rural areas, meaning they needed to travel even further than their urban counterparts in search of jobs.

In addition to the burden of travel costs, the study found that over half (51%) of young people live in households that are classified as severely food insecure. This meant that they, or another member of the household, had gone without food to eat more than once in the 30 days that preceded the baseline study.

This means that households had to make difficult decisions between funding the costs of seeking work and affording basic necessities.

Our research found that close to two-thirds (61.6%) of participants relied on family members to fund their costs of searching for work, which puts a huge strain on their personal relationships and often made these young people feel like a burden.

Blessing, a young mom of two with a diploma in tourism management said:

[I experience] financial challenges in the case of going to drop my CV, so I have been asking my mum and even my husband, to drop my CV on my behalf on their way to work to save on costs.

Nevertheless, 15% of youth in the study showed real initiative and commitment to finding work. They funded the costs from their own savings. A smaller number (6.2%) reported using the stipends they received from the various programmes helping youths find employment.

The study found that 87.2% of those interviewed used the internet to look for work, but there was still a reliance on newspaper adverts, which often required applicants to submit physical applications.

The research found that 83% of young people spent money on printing their CVs, and that one of their biggest expenses was for mobile data. The youth employment programmes helped in alleviating some of the financial costs.

Support for work seekers is crucial, especially if South Africa is going to address the needs of the millions of young people that remain unemployed. Failure to provide this support means that young people’s potential will not be realised and significant human capital will be lost to society.

Leilanie Williams, a researcher at the University of Johannesburg, contributed to the research and this article. 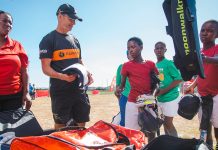 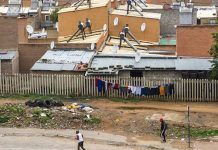 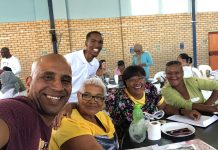