South African President Cyril Ramaphosa’s State of the Nation Address, delivered in Cape Town on February 7, has attracted a fair amount of praise. But while the speech scored an A for its vision and plan for economic renewal, it scored an F for education.

If the amount of time spent on a topic during the speech is any indication of where the president’s priorities lie, then those concerned about South Africa’s education system –- at all levels –- have reason to be concerned. Early on, he listed “improving education” as one of the government’s five most urgent tasks, but he didn’t elaborate on this point until well into his second hour of speaking. In fact, more time was given to tourism than education.

One can appreciate that the president had many pressing points to make about the country’s dysfunctional parastatals, and weeding out corruption. It’s likely that the audience he was most concerned about were potential foreign investors, not ordinary citizens concerned about the safety of their children on university campuses after a week of protests or those who worry about the quality of basic education.

But it would have been good to hear Ramaphosa use his brief time at the podium to give a considered, thoughtful – and sobering – assessment of the state of South Africa’s entire education system. He could have acknowledged that, after 25 years as a democracy, the country’s education system hasn’t yet turned the corner from deep dysfunctionality to sustained success. And this critical assessment should have been accompanied by a strategy to map the way forward.

Instead, Ramaphosa spoke of his government’s commitment to basic infrastructural backlogs, such as toilets. Ensuring that schools have the basic infrastructure in place is critical. But the fact that the president had to raise this as an issue at all is a shame to the minister of basic education. Ramaphosa made similar promises in his 2018 State of the Nation Address about school infrastructure development which the department of basic education hasn’t delivered on.

These infrastructural problems should have been sorted out a decade ago especially given that the department has been taken to court to make it happen. The focus now should be on substantive educational issues. It would have been important to hear the president comment on South Africa’s ongoing challenges in producing school leavers who are qualified for first-year university mathematics.

The president also created a fanfare by announcing the rollout of e-tablets for all school children. If he sincerely believes that access to this form of technology is one of South Africa’s most pressing problems, he has been badly advised by his minister. Technology is merely a tool for teaching and learning. If the teaching and learning experience is poor for a variety of reasons, access to a tablet will make no difference.

Where are the country’s skills going to come from to compete in the fourth industrial revolution? Probably not from giving pupils access to e-tablets when the principles of basic numeracy are still not properly taught.

With respect to the technical and vocational education and training sector, Ramaphosa echoed the same promises that have been made before, vowing to build up this sector so it can contribute to the development of technically skilled graduates. No one will disagree with this.

But what should have been discussed was the progress or lack thereof that has been made in the past five years to strengthen this important sector. This was among the former Minister of the Department of Higher Education and Training’s priorities and is high on the current Minister’s list, too. So: what progress has there been on their watch?

The week leading up to Ramaphosa’s speech saw student protests erupt on a number of university campuses. One protest ended in tragedy: Mlungisi Madonsela, a student at the Durban University of Technology, was shot dead – allegedly by a security guard hired to protect the campus. Ramaphosa acknowledged both the protests and Madonsela’s death.

But the sector urgently needed some stabilising assurances. Will the promise of “free education” for the poorest be delivered on now and in the future? Is the state thinking beyond the current crises to issues of financial sustainability for the future? What happens to academically eligible students whose National Student Financial Aid Scheme funding runs out after four years?

Finally, Ramaphosa rightly lauded the achievements of the Square Kilometre Array, which will be the world’s largest radio telescope when it’s completed in the mid-2020s.

But the reality is that sustaining this kind of research will require investment in South African universities’ research capacity. It would have been good if the President had acknowledged the deplorable conditions of research funding in universities and the huge risk this presents to the country unless it is addressed. Academics and the public need to know that this is on the President’s radar – and, specifically, how this trend will be reversed.

Overall, the president failed to convince ordinary South Africans that education – arguably one of the most important contributors to a thriving society – is in good hands. 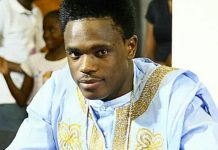