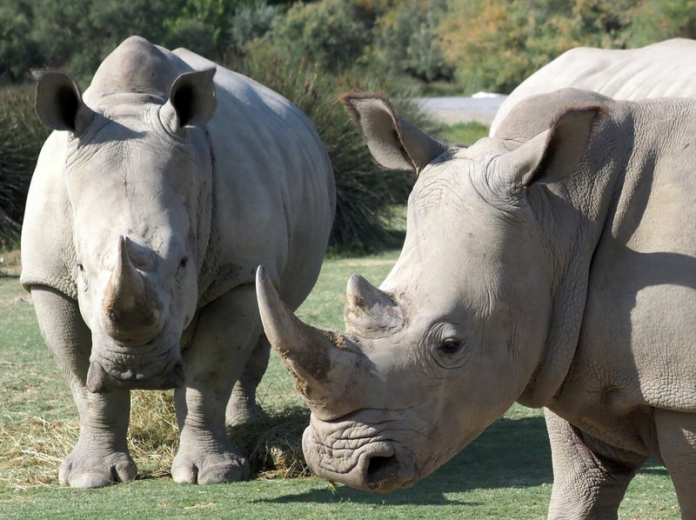 South Africa’s efforts to curb rhino poaching continue to produce results, with 2018 figures revealing that incidents had dropped to 769, down from 1 028 in 2017.

This, said the Department of Environmental Affairs, is the third consecutive year that South Africa has seen a decline in rhino poaching and the first time in five years that the annual figure is under 1 000.

Environmental Affairs Minister Nomvula Mokonyane has reported significant progress on the implementation of the Integrated Strategic Management of Rhinoceros covering the period 1 January to 31 December 2018.

The rhino strategy was adopted by Cabinet in 2014 and draws together the work of the Department of Environmental Affairs together with the Justice, Crime Prevention and Security (JCPS) Cluster Departments and Agencies.

“The decline is not only indicative of the successful implementation of the Integrated Strategic Management of Rhinoceros approach countrywide, but also a confirmation of the commitment and dedication of the men and women working at the coalface to save the species,” said Mokonyane.

“Combating rhino poaching remains a national priority and as such, all the relevant government departments will continue their close collaboration to ensure that this iconic species is conserved for generations to come.

“Although we are encouraged by the national poaching figures for 2018, it is critical that we continue to implement collaborative initiatives to address the scourge of rhino poaching,” said Mokonyane.

“There are currently 318 rhino poaching-related cases on the court roll involving 645 accused and 897 charges. Two hundred and seventy-five of these cases are trial-ready,” the department said.

Between January and December 2018, the National Prosecuting Authority (NPA) obtained convictions in 78 of the 82 cases that went to trial. The 78 cases involved 135 accused, all of whom were convicted of rhino poaching and related matters, and this translated into sentences of over 500 years imprisonment in respect of these guilty verdicts.

Meanwhile, the department said elephant poaching had increased in the past year, with 71 of these animal elephants poached in the Kruger National Park.

“Specific risk areas have been identified and strategies to address the threat are being adapted and implemented. One elephant was killed in KwaZulu-Natal, which brings the total for South Africa to 72 elephant for 2018.”

Government recognises that international cooperation remains a critical component of the overall response strategy, both at a regional and international level, to halt rhino and elephant poaching, and all related wildlife crime.

“Apart from the good cooperation between all Security Cluster members, cooperation with private rhino owners is commendable and most beneficial to our efforts against poaching. This is complimented by the excellent support from the local industry, NGOs and South Africans at large.

“As South Africa, we continue to engage countries where rhino horn seizures take place in order to request that samples of the rhino horn DNA be sent to South Africa for analysis, in line with the Convention on International Trade in Endangered Species (CITES) resolutions.

“This enables us to link these seized horns to poaching cases and live rhino or rhino horn stockpiles, thus providing key information to further support investigations and understand transit routes.

“We are also proud as a country of our world-class DNA laboratory and bank against which we may compare rhino horn DNA and trace it to the exact cases of poaching or rhino in our country,” Mokonyane said.

The department urged the public to report any suspicious activities around wildlife to its environmental crime hotline on 0800 205 005 or the SAPS number 10111.