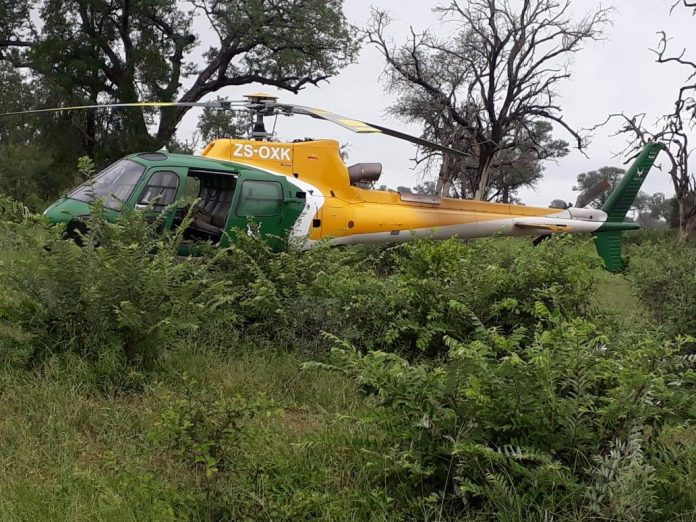 The South African National Parks (SANParks) on Friday announced the arrest of four suspected poachers – including a SANParks staff member – in an intelligence driven operation.

The arrests took place on Friday in the Kruger National Park (KNP).

The four were arrested in an operation led by members of the SANParks Rangers Corps supported by SANParks Environmental Investigation Unit (ECI) and the South African Police Service (SAPS).

The four suspects were found in possession of a high calibre hunting rifle, two rhino horns and hunting equipment. They were driving in two cars which have since been confiscated.

According to SANParks, investigations are ongoing and further arrests can’t be ruled out at this stage.

SANParks Chief Executive Officer Fundisile Mketeni explained that this was the result of an operation that was initiated to root out staff members who are colluding with outside people to poach animals in the KNP.

“We are very disappointed every time a staff member is arrested, it shows that we have wolves clothed in sheep’s clothing who are working against the organisation.

“I want to warn those who still think they can get away with this betrayal, your day is coming sooner than you think,” Mketeni said.

The suspects will appear in court in due course.

The rhino strategy was adopted by Cabinet in 2014 and draws together the work of the Department of Environmental Affairs together with the Justice, Crime Prevention and Security (JCPS) Cluster Departments and Agencies.

The decline is not only indicative of the successful implementation of the Integrated Strategic Management of Rhinoceros approach countrywide, but also a confirmation of the commitment and dedication of the men and women working at the coalface to save the species,” Mokonyane said at the time.

“Combating rhino poaching remains a national priority and as such, all the relevant government departments will continue their close collaboration to ensure that this iconic species is conserved for generations to come.

“Although we are encouraged by the national poaching figures for 2018, it is critical that we continue to implement collaborative initiatives to address the scourge of rhino poaching,” the Minister said.

Between January and December 2018, the National Prosecuting Authority (NPA) obtained convictions in 78 of the 82 cases that went to trial. The 78 cases involved 135 accused, all of whom were convicted of rhino poaching and related matters, and this translated into sentences of over 500 years imprisonment in respect of these guilty verdicts. – SAnews.gov.za

Three men and a SANparks employee up for #RhinoPoaching NELSPRUIT – Cooperation between SANparks officials, Rangers…