Shanaya Govender (5) from Roodepoort, Johannesburg has battled Ewing’s Sarcoma, a rare form of bone cancer, since the age of 3. 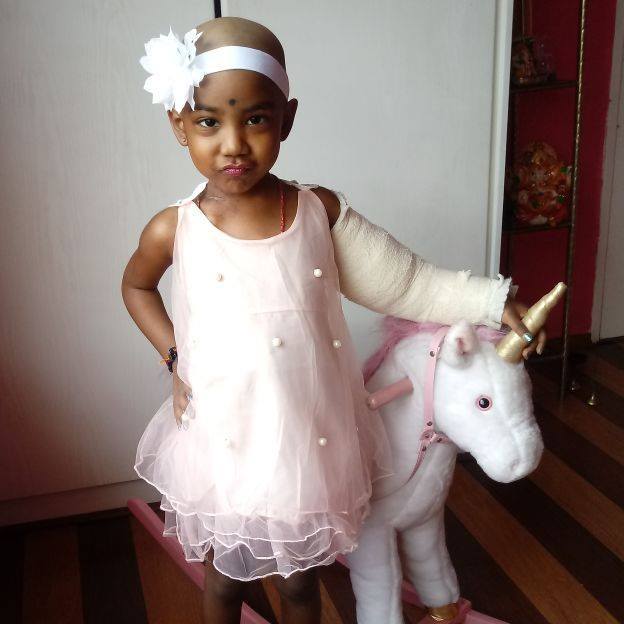 Shanaya initially became ill on the 14th April 2017 when she woke up in the middle of the night screaming with pain in her left arm and a fever of 41. She was rushed to emergency and referred to an orthopaedic specialist who diagnosed her with Osteomyelitis.  Six theatre visits, countless tests and scans by numerous specialists and her arm persisted to swell to more than 3 times its original size.

“In September 2017, after 6 months of our princess being operated on and misdiagnosed, we received the life-changing news that no parent should ever hear.  “I’m so sorry but your child does not have an infection. She has a rare type of cancer called Ewing’s Sarcoma. Unfortunately, it is stage four and has spread to both her lungs”, as parents, my husband, Shane (35) and I just sat frozen listening to what we thought was a bad dream.” – says Lee-Ann Govender (34), Shanaya’s mum. 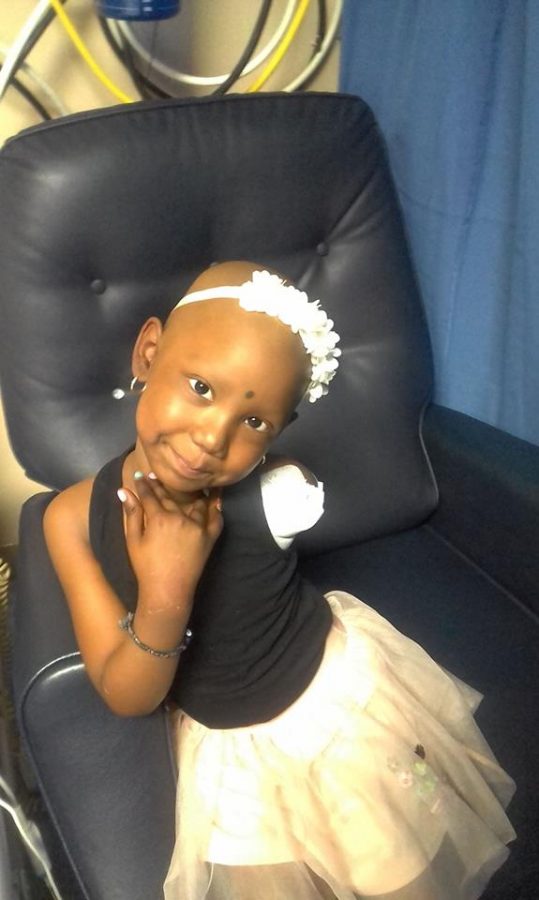 After Shanaya received her diagnosis, regular blood transfusions and aggressive chemotherapy followed. Unfortunately, due to the massive size of her tumour, Shanaya was not a suitable candidate for limb salvage surgery and her left arm was amputated from the shoulder on the 2 March 2018.

“It was difficult coming to terms with Shanaya losing her arm, but like everything that has come her way, she took it in her stride and came back stronger. She was instead comforting me, saying ‘Stop crying mommy, it doesn’t look so bad’”  says Lee-Ann.

While the family has been approached by a number of individuals to assist Shanaya with a prosthetic arm, Shanaya has embraced her new reality and hopes to one day be like the professional surfer, Bethany Hamilton who lost her arm in a shark attack.

Shanaya was finally on the road to recovery after she lost her arm, but in July 2018, the family learned the troubling news that Shanaya’s cancer had resurfaced and spread to multiple spots in her legs and her pelvis.

“Shanaya started limping and underwent high radiation to her left leg and left side pelvis. Then in December both her eyes started swelling and scans revealed cancer cells behind her left sinus cavity and Shanaya had to undergo radiation for the third time in a year” – says Lee-Ann.

In an act of solidarity, the family shaved their heads, when Shanaya faced the emotional setback of once again losing her hair she loves so much.

With her condition worsening, Lee-ann had no choice but to abandon her career to give Shanaya the full care and support she needs, as a result, the family was forced to downscale their lifestyle and survive as a one income household.

To support the family with funds to help cover their bond, electricity, transportation to and from the hospital, special dietary requirements, as well as additional medical expenses not covered by their medical aid, a campaign has been created on donations based crowdfunding platform, BackaBuddy.

This month, Shanaya began a new chemotherapy protocol aimed at stabilizing the progression of her disease.

“We don’t know what the future holds for her as this is the 4th chemotherapy treatment plan she is on so we live each day as it comes. The world of childhood cancer is scary and we never wish it upon anyone but it’s a reality that so many parents have to face. We hope the public will continue to support our BackaBuddy campaign and keep Shanaya in their prayers as she continues her fight” – says Lee-Ann.

“Regardless of her severe pain, disability or circumstances, this princess always wakes up smiling, ever ready to dress up and pose. Her positivity, fight and determination has given us strength as her parents to fight this fight with her.” –  – says Lee-Ann.

Support this campaign by donating here:

Alternatively, make use of this Snapscan code to donate: