JOHANNESBURG – Flyhalf Handre Pollard kicked 20 points as the Bulls inflicted back-to-back defeats on the Lions with a 30-12 Super Rugby victory at Ellis Park on Saturday.

The Lions, finalists in the last three Super Rugby seasons, continued their poor start to the campaign with a first home defeat by South African opposition in four years, as they were outplayed by the more physical and clinical Bulls.

Number eight Duane Vermeulen and fullback Warrick Gelant crossed for tries for the visitors, with Pollard’s boot providing a healthy lead for the final hour of the contest.

The Lions also scored two tries through props Carlu Sadie and Dylan Smith, but their ineffective backline failed again, with all their seven tries this season coming from forwards.

“It’s great for us as a team, I thought the boys stepped up today,” Pollard said.

“It was a good day for me off the tee, but the team forced those opportunities with pressure so credit to them. It was a good game of rugby, we tackled well and did the basics right.”

Pollard kicked the Bulls in front with two penalties, before the visitors grabbed the opening try.

Winger Rosko Speckman, who has made an eye-catching switch from Sevens to the 15-man game, made the initial break and as the ball through the phases, the powerful Vermeulen barged over the line.

Pollard kicked another penalty to hand the Bulls a 14-0 halftime lead, which was extended further with another three points early in the second period, before the Lions finally got on the board.

Prop Sadie found himself in an unfamiliar position out on the wing as the Lions moved the ball across the field and went over for the try.

Pollard’s unerring boot kicked two more long-range penalties, but the Lions gave themselves hope with 15 minutes remaining when scrappy play from both sides in the Bulls 22 allowed Smith score between the posts.

But the Bulls win was sealed when Gelant was played into space out wide and his pace took him over for a try in the corner.

“The Bulls came out and played well, a couple of things didn’t go our way,” new Lions captain Marx said.

“We couldn’t get out of our half and every time we did, we made a mistake. We want to play our brand of rugby and the Bulls didn’t allow us to do that.” 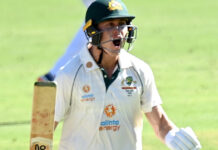 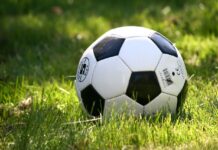 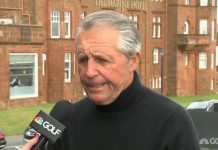