Jane Goodall visited a chimpanzee sanctuary in Sierra Leone on Thursday that has taken on the veteran primatologist’s mission to protect the animals threatened by deforestation, disease and hunting.

Goodall, 84, famous for her ground-breaking study of chimpanzees in East Africa in the 1960s, praised the work of her old friends, Bala Amarasekaran and his wife Sharmila, who set up the sanctuary on the west of the continent on her suggestion two decades ago.

“What it truly takes to protect chimpanzees is someone having the passion and the heart to create their own sanctuary, just as Bala did in Sierra Leone,” she told Reuters.

Julius Madaa Bio, president of a country that is home to about 10 percent of an estimated 55,000 chimps in the wild, on Wednesday awarded the British woman the Order of the Rokel, Sierra Leone’s highest honour.

Among the chimps at the Tacugama Chimp Sanctuary, founded in 1995 in a patch of pristine rainforest near the capital Freetown, was Flavour, an 18-month-old orphan chimpanzee.

Sanctuary worker Mama P took her in her arms and gently washed her toes, then arms, body and ears.

“In the evening before they go to sleep I give them a bath because during the day when they are playing they get hot and sticky,” she said.

Most chimps arrive malnourished and abandoned, often traumatised by being split from family. Some come with wounds from shotgun pellets or machetes, victims of the thriving bushmeat and poaching trades.

Deforestation and disease are also major threats. Sierra Leone’s forest cover decreased by nearly 10 percent from 1990 to 2005, mostly due to the expansion of human settlements, according to the U.N. Food and Agriculture Organization.

“In this country, there are about 5,500 chimps left in the wild,” said the sanctuary’s development manager Aram Kazandjian.

“If the chimpanzees go extinct, it will cause perpetual issues to the environment and that will trickle down and reach the roots of society.” 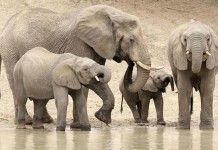 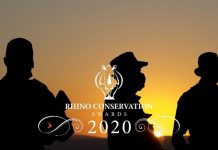 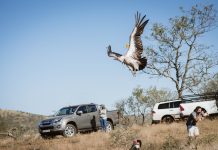