It’s been exactly two years since local residents spotted a black and white cat being callously placed into a storm water drain by an unidentified man, near to the Mdzananda Animal Clinic in Khayelitsha, South Africa.

The clinic had already closed for the day… but luckily two members of staff were still on site when they heard the loud calls for help from two elderly ladies at the clinic’s front gate.

The women led them to the drain where a soft cry could be heard, and two scared eyes were seen peeking through the cover. With a lot of pulling, and help from a passerby, they managed to lift the heavy drain cover and rescue the cat which had been standing knee-deep in drain water, scrabbling desperately to get out.

“I can only imagine what the cat felt when she was placed into that drain and the cover put over her head. She was half submerged in water. Fear is all I can think of,” says Susan Wishart, Mdzananda Animal Clinic’s General Manager.

“Imagine her relief when the two men lifted the closure over her head and I picked her up into my arms. We named her Storm.” 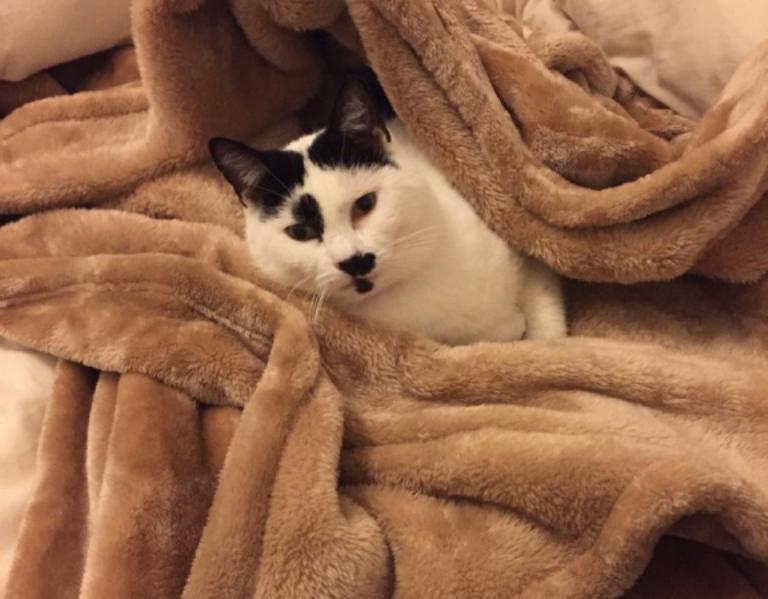 Storm was taken to Mdzananda’s cat ward where she was dried and given a warm bed and warm food.

She was so traumatised that for three weeks she lay curled up in a ball, refusing to lift her head.

Clearly in need of extra help, Storm was sent to a specialised foster mom where a bed and safe space was created for her inside a cupboard. For two weeks she did not move from this cupboard space… and it took her six months before she started trusting humans again – venturing through the home and showing affection.

She was ready for her ‘forever’ home… but sadly nobody wanted her. 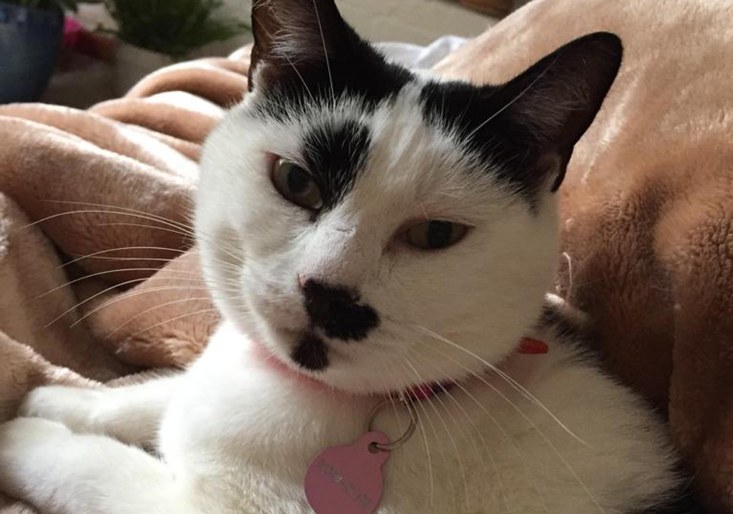 She was adopted by her new mommy – Amy Lawrence, says Du Plessis. Storm is now nicknamed KMM (short for Kitty Meow Meow) and is a feisty lady of leisure who enjoys sitting in her window basket on a sunny Cape Town day.

Amy says that Storm is the first cat their family has ever had and they couldn’t be happier. “She’s affectionate and the best cuddler, which makes it very hard to get up in the morning,” says Amy.

“None of this could have been possible without a great number of people,” says du Plessis. “The community ladies who noticed her, the Mdzananda staff and the bystander who helped her out, the Mdzananda vets who treated her, but most of all, without members of the public, there would be no Mdzananda as we are very reliant on donations from the public to run our organisation. Donations are essentially what saved Storm.”

This winter the Mdzananda Animal Clinic would like to ask members of the public to make a donation to more pets like Storm.

“Winter is not an easy time at the Mdzananda. On average we treat up to 700 pets per month. They are injured and hurt. Now they are cold too,” says du Plessis.

A donation will help nurse hypothermic puppies back to health, treat broken bones from cars driving recklessly in the rain, distribute blankets and kennels to pets without shelter and educate community pet owners about their pets’ needs this winter.

“You weren’t there to lift Storm out of the drain, but your donation is what made it possible. With the public by our side, and with kind donations, we can help more pets like her this winter,” says du Plessis.