Reacting to Gauteng Premier David Makhura’s State of the Province speech in Soweto yesterday, Bloom said in a media statement that the DA will oppose the move.

He said while Makhura made some “welcome promises” to fix hospitals in the province, “I am concerned by his view that the four academic hospitals should be the responsibility of national government”.

Bloom said these hospitals are an essential part of Gauteng’s health system, and have a combined budget of R14.2 billion, which is 28% of the total R50.8 billion health budget.

Bloom said the transfer would be a “disaster”.

“It would dangerously fragment the health system in Gauteng and jeopardize academic training for student doctors. Accountability would also suffer if they were taken away from provincial control and oversight.”

Bloom pointed out that the DA runs three academic hospitals in the Western Cape well, and accused Makhura of “ducking his responsibility to run a comprehensive health system”.

Bloom said the DA will oppose the NHI proposal. 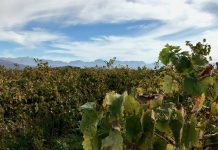