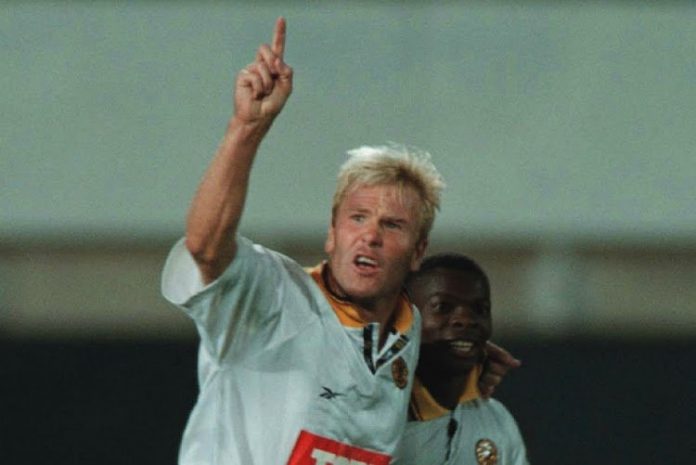 Tributes have poured in for former Bafana Bafana soccer player Marc Batchelor who was shot dead outside his home in northern Johannesburg on Monday evening at around 18h30.

According to police, Batchelor was shot by two men on a motorbike (or motorbikes) as he was driving his white BMW into his home in Olivedale.

Police spokesperson Colonel Lungelo Dlamini told the SABC that a case of murder has been opened.

Dlamini said: “The suspects shot several times at him. He died inside the car and they drove away without taking anything.

“At this stage, we are still investigating what the motive for the attack was and these suspects have not yet been identified.”

Pictures show seven bullet holes through the car window. South African commenters say it appears to have been a deliberate hit. SA media report that Batchelor had close ties to a number of underworld figures including Brett Kebble’s killer, Mikey Schultz, and Nafeez Modack.

She said Batchelor then became close to Modack who told her last night that “whoever was responsible for this will pay because ‘Batch was not a man of war, he was a family man’.”

EWN reported Tuesday morning that a statement has been taken from Batchelor’s passenger, his gardener.

The news has made headlines in the UK where Batchelor was known because of the Oscar Pistorius trial where he sat on occasion with Reeva Steenkamp’s family. He had been called as a witness to testify about Pistorius’ temper because a friend of his had allegedly been on the receiving end of Pistorius’ anger over a girlfriend.

Lamontville Golden Arrows send condolences and sympathy to the family and friends of Mark Batchelor . Rest in peace. May Justice prevail#RIPMarkBatchelor pic.twitter.com/Wxdo5xlZ1F