The National Council of SPCAs in South Africa has issued an appeal for people to please sign their petition, to urgently stop the “abhorrent cruelty” facing 60,000 sheep which are due to be shipped to the Middle East, in a three-week journey… under conditions that Carte Blanche’s Derek Watts described as “cruel and vile to say the very least”. 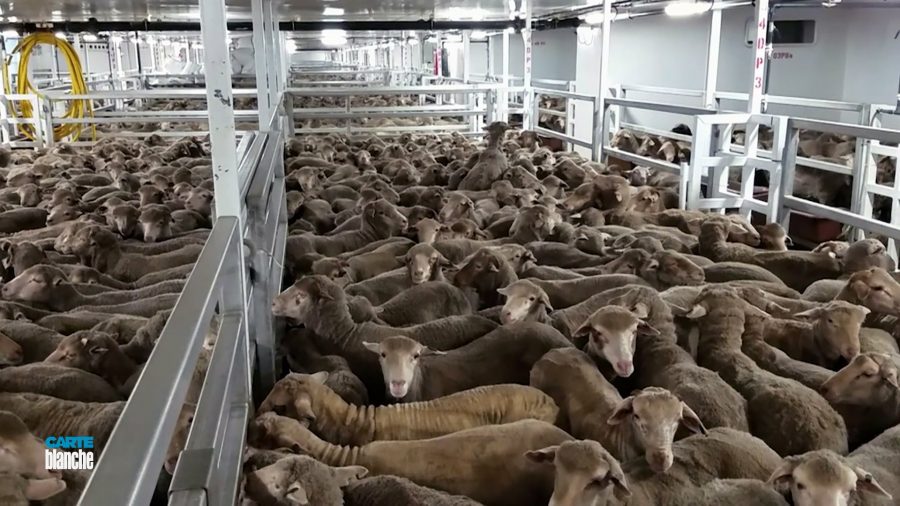 In an investigation on Sunday night, Carte Blanche exposed the destiny awaiting about 65,000 sheep. The show said the sheep would be packed onto a mammoth livestock ship, enduring “prolonged loading processes, poor ventilation, stifling heat and overcrowded quarters”.

Since the show aired, the Al Shuwaikh livestock vessel has arrived at the East London harbour, waiting to take the ship on the high seas where they will have to stand in their own filth with no space to even lie down.

“Amid methane gas and ammonia accumulating in the cargo hold, this controversial trade deal between South Africa and the Middle East will eventually see millions of our sheep sent abroad,” said Carte Blanche.

The questionable ethics and lack of regulation of this shipment has spurred the NSPCA to call for an end to the exporting of live animals. On 16 September, the NSPCA reported they have sent a team to East London.

The NSPCA said that during the trip – “Destination? Death” – the sheep will have “limited access to food and water and some will have no access at all”.

They said: “To add insult to injury – they will be forced to stand in their own excrement, wearing what is called “fecal jackets”. For three weeks.”

NSPCA CEO Marcelle Meredith told Carte Blanche “let’s export more meat”. She says slaughtering livestock before sending them across oceans would not only be economically more viable, but is also much kinder toward the animals.

The NSPCA is the only animal welfare organisation on the front line, working to stop this cruelty from continuing, and says they are doing “everything that we can to stop this”.

“Sheep are not meant to be crushed together in massive pens on ships, stacked and packed like boxes, where many aren’t able to reach food or water – or even lie down to rest. No animal is meant for this. If you agree, please show your support through your gift towards our ongoing efforts to bring an end to this horror,” say the NSPCA.

UPDATE: The South African sheep have tragically been shipped to the Middle East. Please keep supporting the NSPCA so this never happens again.

To watch this episode of Carte Blanche and keep up-to-date with current affairs and important investigative features, you can watch the show here (streaming from Tuesdays if you’re overseas in most countries): Watch the show overseas | Watch in SA on DStv Now