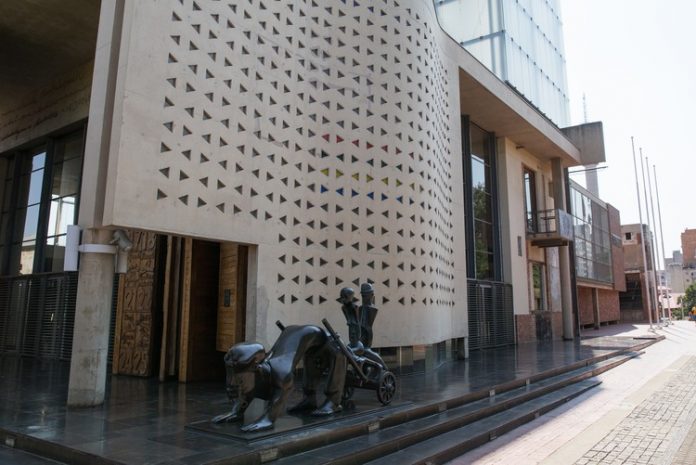 In a landmark judgment handed down on Wednesday, the Constitutional Court declared that parents may not spank their children.

The court declared the common law defence of “reasonable and moderate chastisement” — which allowed parents to spank their children with the justification that it was discipline — invalid and unconstitutional.

The unanimous judgment, handed down by Justice Mogoeng Mogoeng, effectively means spanking a child is now illegal as it equates to assault and parents can be criminally prosecuted for it.

The case was argued in the Constitutional Court in November 2018 when Freedom of Religion South Africa (ForSA) appealed against the South Gauteng High Court judgment handed down in August 2017. The High Court’s judgment also declared the common law defence of reasonable and moderate chastisement unconstitutional.

Civil society organisations Sonke Gender Justice, Quaker Peace Centre and Children’s Institute, along with the Departments of Social Development and Justice and Constitutional Development, were respondents in the case.

The Constitutional Court said that the “violence meted out to the son … took the form of vicious kicking and punching” and that the “father could not … have justifiably raised the defence of reasonable and moderate chastisement or relied on any religious or cultural ground to justify that unmistakably immoderate and unreasonable application of force”.

“Unsurprisingly, he was convicted of common assault,” wrote Justice Mogoeng.

But the court also ruled that the common law chastisement defence itself was unconstitutional because it violated the child’s right to equal protection of the law, dignity, freedom from all forms of violence and degradation, bodily and psychological integrity, and the child’s right not to be discriminated against on the basis of age.

ForSA appealed against the judgment, arguing that getting rid of the defence altogether would make “criminals of well-meaning parents who love their children and only want what is best for them”. The organisation said it was representing people who believed that the scriptures and other holy writings permitted, if not commanded, reasonable and appropriate correction of their children.

Section 10 of the Constitution also said: “Everyone has inherent dignity and the right to have their dignity respected and protected.” This included children who are constitutionally recognised as independent human beings with a right to dignity.

“Chastisement does by its very nature entail the use of force or a measure of violence … The objective is always to cause displeasure, discomfort, fear or hurt,” read the judgment. “The application of force or a resort to violence, which could be harmful or abused, cannot in circumstances where there is an effective non-violent option available be said to be consonant with the best interests of a child.”

The court said it was not in the best interest of a child to have no discipline at all, but moderate and reasonable chastisement as a tool for discipline could not be used at the expense of a child’s right to dignity.

“It suffices to say that any form of violence, including reasonable and moderate chastisement, has always constituted a criminal act known as assault … Identical conduct by a person other than a parent on the same child would otherwise constitute indefensible assault,” the judges said.

In terms of implementation, the court said Parliament must come up with an appropriate regulatory framework based on extensive consultations, research and debates. Law enforcement must deal with cases that result from declaring spanking illegal, on a case-by-case basis.

Wessel van den Berg, Children’s Rights and Positive Parenting manager at Sonke Gender Justice, said the organisation was very happy about the judgment. “The next step is to work with the Department of Social Development on creating effective public education campaigns on positive parenting across the country,” he said.

He said this would show parents how they could effectively guide their children and tell them what they did wrong without resorting to hitting.

Welcome to South Africa, where robbery, murder and rape won't get you jailed, but spanking your kids will.😕🤦‍♂️🇿🇦