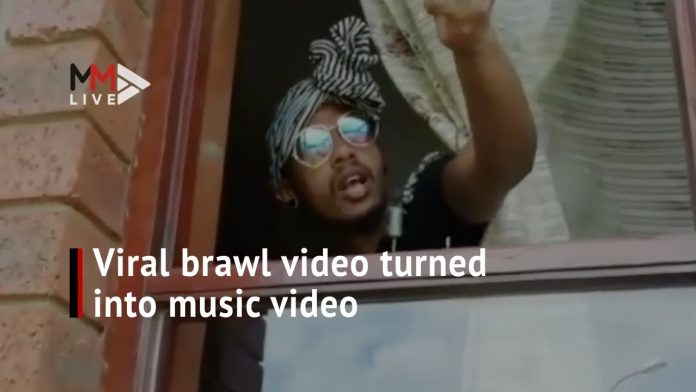 Barely a few days after a video of a public brawl in South Africa went viral, there’s a bare-bones music video out lampooning the original video and its famous line, “Hugo, bel die polisie!”

The video is done by Ashwin Ash Le Breton, a dance teacher in Port Elizabeth known for his work with the 6-year-old dance sensation Ivanah Campbell, whose videos have gone viral too.

The original video showed people fighting outside a home in South Africa, probably in Gauteng. The woman filming the scene can be heard shouting in Afrikaans “Hugo, bel die polisie!” and “Stop that!” Almost immediately ‘Hugo’ jokes, memes and parodies were being shared on social media.