A fire whipped through a train at Glencairn railway station in Cape Town, South Africa, on Monday 7 October, damaging at least four coaches. Local award-winning photographic journalist Rob Tarr was on the scene to capture the photos on this page.

Rob, who has a home nearby, told SAPeople: “I was alerted to the train fire by the billowing black smoke.” He said it began at around 13h30. There were no reported injuries. 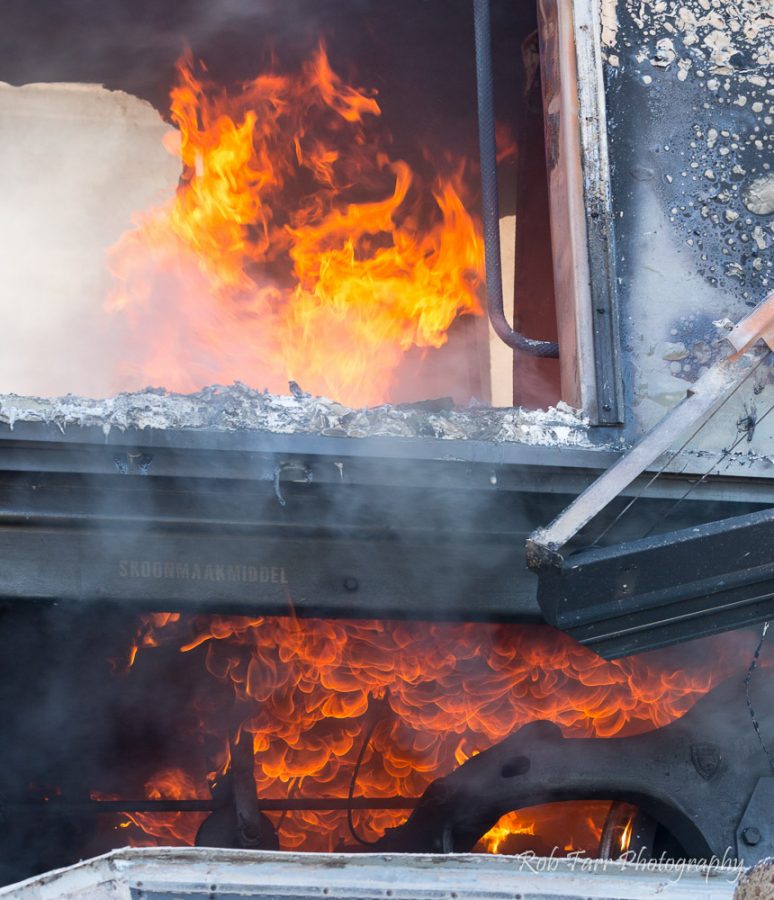 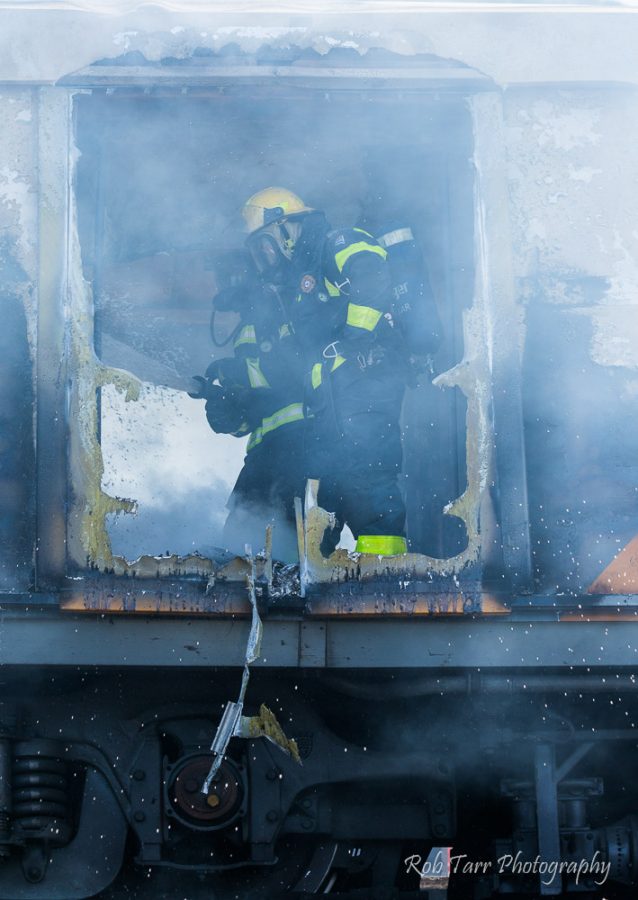 “Cause is as yet undetermined, and will be established after due investigation. 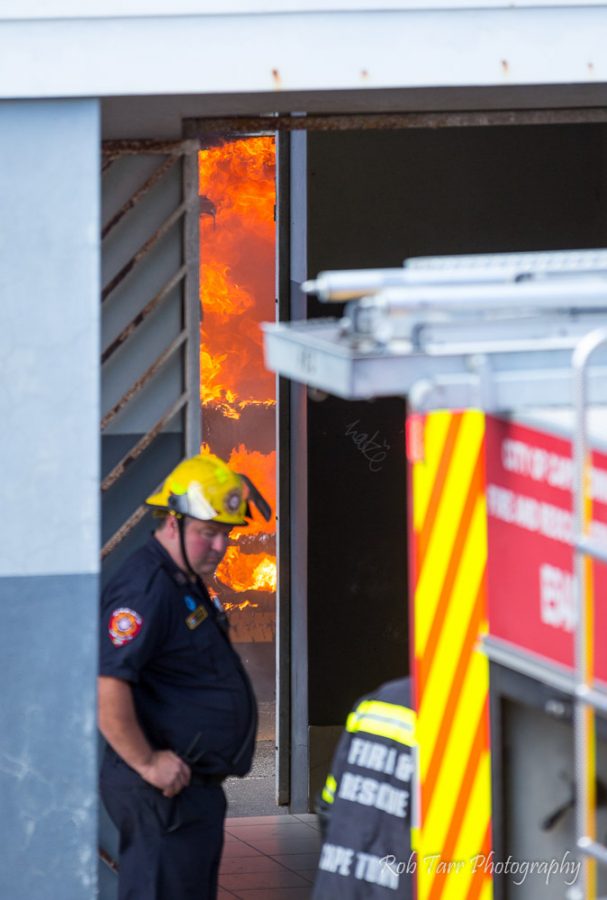 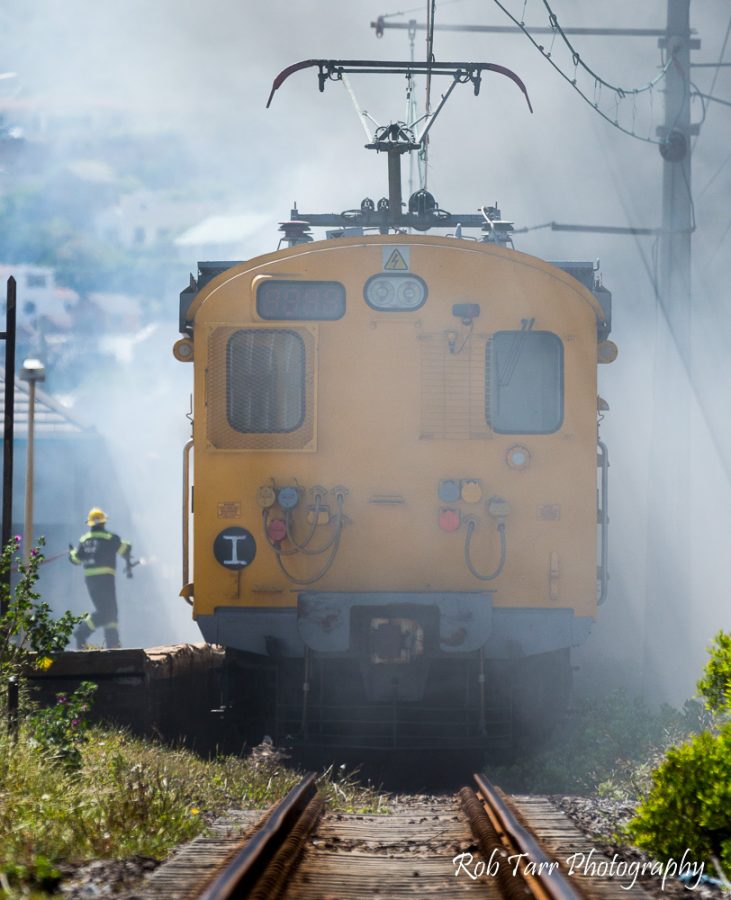 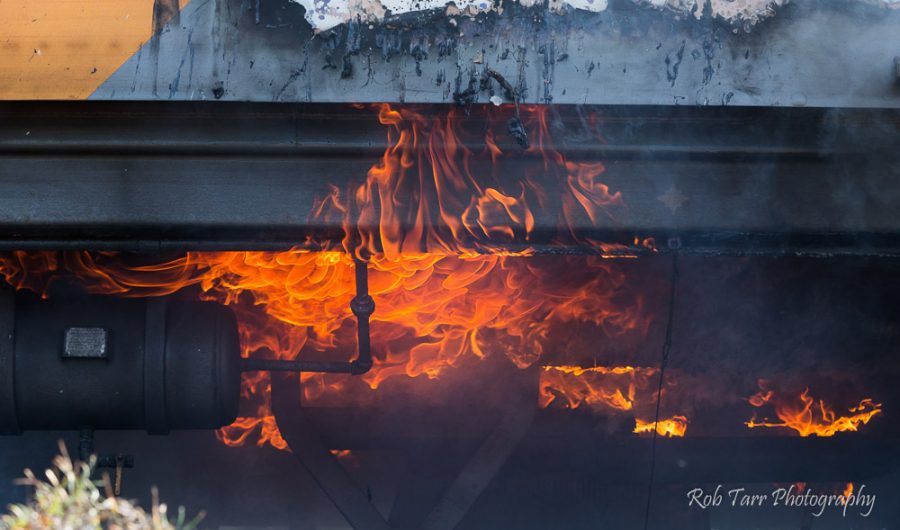 “The line between Fish Hoek and Simon’s Town (a lovely scenic ride) will be closed for a while to check for damage to infrastructure.” 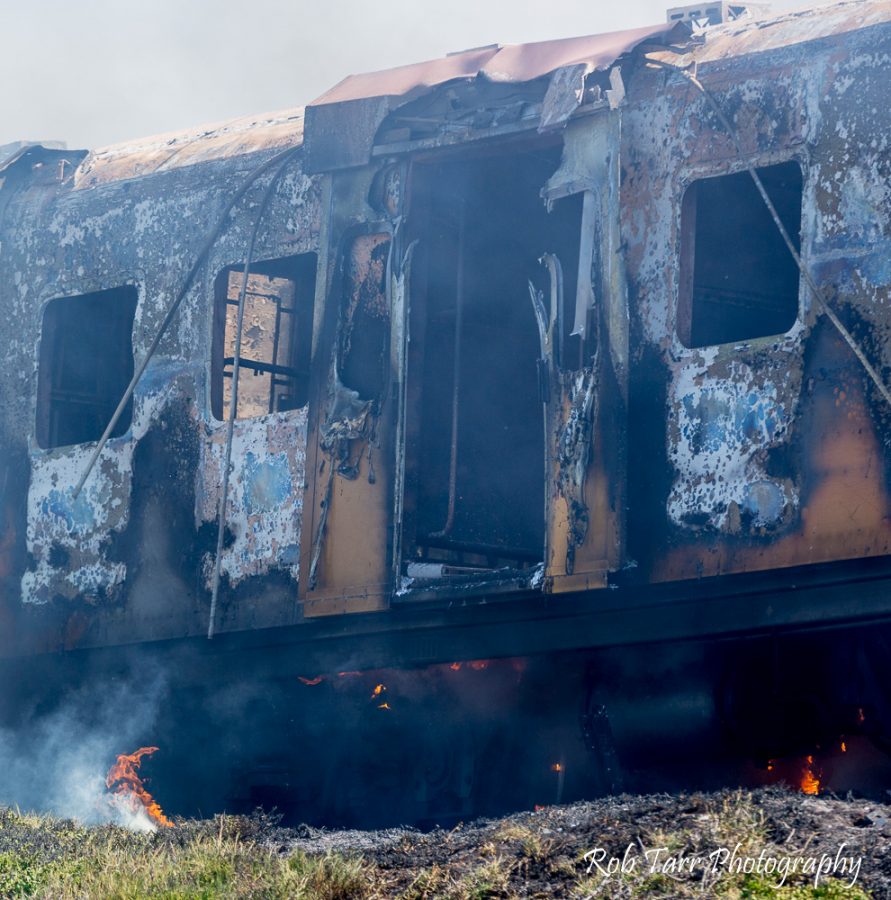