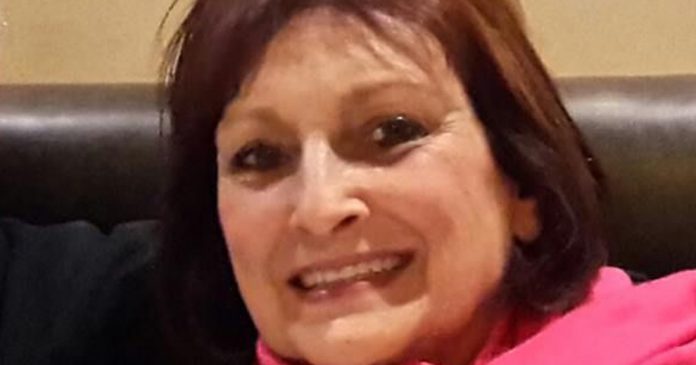 A renowned psychologist and specialist in surviving hate crime and violence in South Africa was brutally killed on Sunday in Johannesburg by a gang of armed robbers who broke into her home through the roof.

Leading scholar Dr Mirah Wilks was ambushed and attacked by the men who had waited until her husband Frank left to worship at the local synagogue, leaving her home alone.

The gang had climbed up onto the roof and removed tiles to drop down inside the house. During the attack, they stabbed Wilks at least twelve times in the chest and back, and cut her throat.

Her retired husband Frank (72) returned home from evening worship on Sunday night and found her body lying on the floor. They had been married 45 years.

Dr Wilks (69) was renowned for her research into hate crimes, trauma and violence and was a highly respected former Chair of the Psychological Society of South Africa. Dr Wilks had recently started important research into “resilience as a means of adaption and survival” with a special focus on South Africa’s lesbian, gay, bisexual and transgender community.

South African Police have launched a major man-hunt for the gang who killed her just to steal two lap tops and a cell phone.

Former art teacher turned counsellor Dr Wilks qualified last year with a PHD in Hate Crimes from the University of South Africa after spending many years in SA as a top psychologist.

Dr Wilks had moved to Australia from Israel as a young girl. She had a daughter Tarryn and son Brett in Melbourne, Victoria, with husband Frank before the family moved to South Africa.

Daughter Tarryn is a creative director at a beauty business in Johannesburg and son Brett is believed to work in the wine trade.

Tarryn said in a joint message with her brother and father at 21h00 on Sunday evening, that they were “devastated” to announce the tragic passing of her mom. She announced the funeral for the following day and thanked friends and family for “the overwhelming support and love”.

South African Police said they believed the gang had waited for Mr Wilk’s to leave the home before breaking in through the ceiling to perhaps get round the security doors and windows.

A source said the helpless grandmother was stabbed at least 12 times and during the struggle the gang slit her throat before making off with two laptops and cell phone.

Police spokesperson Colonel Lungelo Dlamini said: “A case of murder is being investigated and the post mortem will determine the exact cause of death but a sharp object was used.

“It was used in the fatal assault on the victim who was found by her husband when her returned home from church and we are appealing for witnesses to come forward”.

Professor Juan Nel, who was a close friend of Dr Wilks and her supervisor, said that the Pyschological Society of South Africa was distraught after learning of her murder.

He said: “Dr Wilks was the victim of a violent crime that took place in her home and Mirah’s untimely death has left us with a deep sense of loss that will affect all of us here.

“Mirah was known to a great many of her colleagues in the psychology fraternity and was a good soul and a person in the profession who had great integrity and honour” he said.

Counselling psychologist Dr Ingrid Artus said: “We have a scarcity of psychologists in South Africa and the service the provide to society are vital and her loss will impact on patients.

“The work that she was doing in SA was vital to helping a country such as ours. This will perpetuate the fear that many associate with crime. She will be greatly missed” she said.

Dr Wilks’ murder has made headlines around the world including on Australia’s News.com.au (“Psychologist brutally murdered in South Africa for ‘two laptops and a mobile phone’”) and the UK’s internationally read Daily Mail (“Hate Crime Psychologist is Brutally Killed in Her South African Home”).

Meanwhile father of four, Braam Blignaut (35) – who was the victim of a brutal farm attack in 2015 – has passed away. He had been shot three times in the chest after trying to protect his wife and young family, leaving him paralysed. On a fund raising page, a message says: “Come on people! You raised a million rand for a petrol attendant, but not for a family who lost their husband, father and son in a farm attack. Braam’s wife and children need financial help with the funeral and financial help going forward. Please open up your hearts and help this family. They have been suffering emotionally and financially for the past four years.”

A newspaper article is currently going viral purporting to show the deliberate slaughter of white people in SA. It includes a list of 19 people who were murdered in the country during September 2019. What the article fails to mention is that latest SA crime stats reveal that 58 people are killed a day in South Africa, so the 19 on the page only represent a third of those killed in one day, and just a tiny fraction of those killed in the month. It omits the other 1,721 people of various races who were possibly killed in September (if an average of 58 were killed per day).

While stats show violent crime in South Africa has tragically risen in the past year, it has no colour boundaries, and during September the country was united in grief over the murder of people of different ages, religions and races. President Cyril Ramaphosa has promised action.