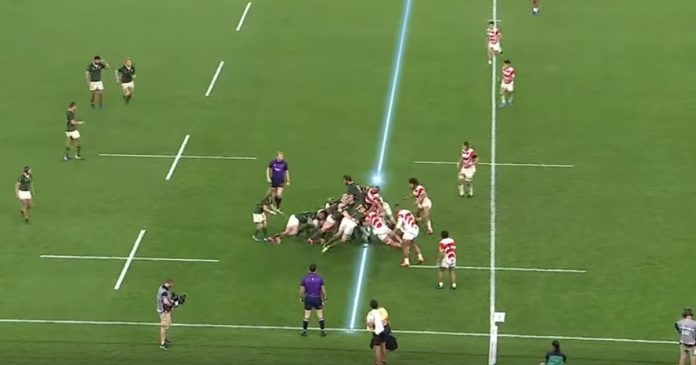 Watch below as this video captures perfectly the incredible precision of South Africa’s Springboks as they bore down on Japan on Sunday, beating the hosts 26-3 and powering through to the semi-finals of the Rugby World Cup 2019.

The Rugby World Cup posted this video on Monday. It’s already been viewed over half a million times.

“The Springboks maul is something else ?” said the RWC. The maul went for almost 50 metres before Faf de Klerk (who was named Man of the Match) got the ball and scored a try.

Listen below as a commentator sums it up incredulously, saying: “It is absolute precision… it is surgical!”

The Springboks maul is something else ?#RWC2019

If you can’t view the video above, try here: