President Cyril Ramaphosa has joined the nation in mourning and remembrance of respected broadcaster and public speaker Xolani Gwala. 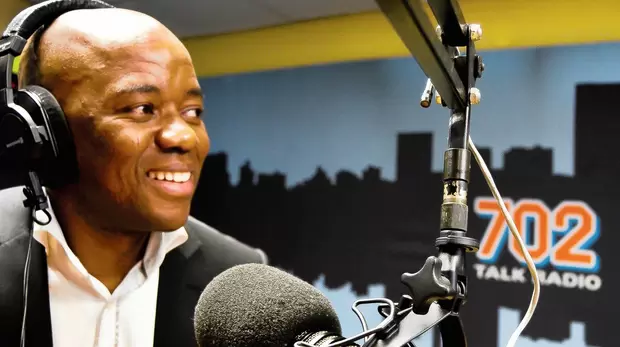 The President learnt of Gwala’s passing while en route to Yokohama, Japan, where he will lead the nation’s support for the national rugby team – the Springboks.

In light of the President’s absence, Acting President Angie Motshekga relayed the President’s message of condolence to the Gwala family, friends and colleagues in the media fraternity in South Africa and abroad.

“We have lost a youthful veteran in an important sector in our country. As a professional who qualified in the mid-1990s, Xolani Gwala carried with him the values of our transition to democracy – the values of listening and being open to views that conflict with or offend your own, and a focus on solutions,” said President Ramaphosa.

Gwala passed away at the age of 44 in the early hours of Friday morning after a battle with colon cancer.

“We will miss his voice, his insight and his love for our country but we will remain grateful that he gave a voice to thousands of South Africans who shared their joys and frustrations in life on the many platforms Xolani commanded with excellence,” said the President.

Gwala, who last served as a senior host on Talk Radio 702, established his reputation as a media professional during a career that took him from newsreader on Ukhozi FM to P4 Radio in KwaZulu-Natal in the mid-1990s, to various radio and television platforms at the South African Broadcasting Corporation (SABC).

A decade ago he was appointed news editor at a radio station based in Ramallah in the Palestinian territory.

“While he became a prominent public figure, he never placed himself ahead of the interests and needs of large numbers of South Africans who trusted his platforms as safe spaces for dialogue and engagement.

“He never shied away from tough questions and from holding people in public office to account, but he never let his cross-examination impugn the dignity of anyone with whom he interacted,” said the President.

While Gwala was known for his hard-hitting journalism, he is revered for his ability to bring the issues at hand closer to home.

“At the same time, he understood that public education was not only about the cut and thrust of debate but also about unpacking, in easily understandable terms, the attributes of our democracy and the development of our economy,” said the President.

“His dedication to his profession and work ethic had earned him honour, respect, and recognition in the industry. Xolani was known for asking the difficult questions and this bears testament to the advanced media freedom and freedom of expression in our country,” the GCIS said.

Reflecting on Gwala’s passing, the GCIS said he had contributed immensely to the transformational media approach in informing, education and entertaining.

A heartfelt letter from Xolani’s wife was read on 702 on Friday morning. She said:

“The children and I and the rest of the family are devastated to share with you that our dearest XG, father, friend, broadcasting icon and campaigner for cancer awareness tragically lost his brave battle against this veracious decease in the early hours of this morning (Friday).

“We have been moved and inspired by his hard and formidable fight he waged, which represented his greatness and willpower to conquer. Xolani won his battle against cancer not only for himself but for many others and was a fierce campaigner for cancer awareness and early detection.

“Since the public announcement in September 2017, myself Peggy Sue Khumalo and Xolani, together with our families have been deeply touched by the massive outpouring, of love and ongoing support of so many South Africans.

“Xolani was an inspiration and mentor to so many colleagues, friend and listeners over the years. We thank you for your heartfelt messages, these have meant so much to us. Siyabonga.

“Your thoughts, prayers and best wishes have made an enormous difference and helped us cope. You gave Xolani enormous strength as he recovered from liver surgeries and underwent his treatments while always maintaining his infectious laugh and sense of humour.

“We were hopeful and always knew the gravity of the situation. From February to June this year, Xolani took part in a world-first clinical trial in Israel.

“His medical team has been amazing, and we have enormous admiration for the work they are doing in advancing cancer treatment.

“While the miracle did not materialise, these last few months have been precious and we are eternally grateful that Xolani has been able to spend them with us as a family this journey has made our family much stronger and has brought us together.”