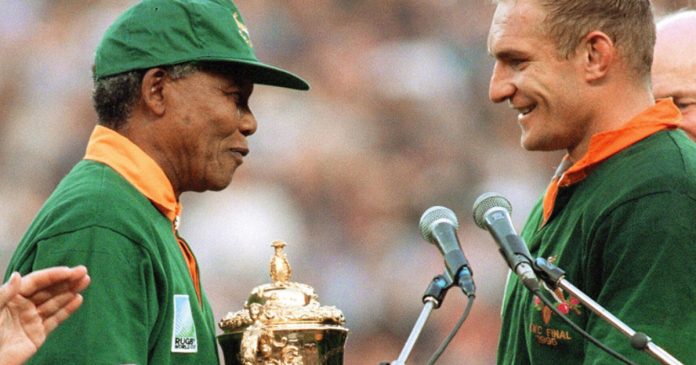 Zelda la Grange, Madiba’s long-term personal assistant, has penned this must-read letter to the late Nelson Mandela, the former President of South Africa with whom she worked for two decades of her life… Published here with Zelda la Grange’s kind permission:

I greet your ancestors and acknowledge them. We need all the strength.

Summer is here and we are broke.

Yes, South Africa remains the country of the most extreme contrasts; of good and bad all simmering in the same pot.

Billions of rand are being mismanaged while poverty and unemployment are at an all-time high – 25 years later.

I often sit in disbelief and despair, just overwhelmed by the thought of what it will take to get us out of this. Then I take time, I appreciate the small victories we have had as a nation and decide to continue to believe that good will triumph over evil and, even though it may take much longer than what I am prepared to wait, the truth will always find its way and life will reveal to us what we need to know and see at the right time.

We are struggling to keep the flame of hope burning but you taught us that even in the most dire of situations, there is always a glimpse of hope.

The past four years have been tough – politically, financially, socially. In every sphere of our society we have experienced depths of despair that we thought were not possible. And on the sports field, it has been no different.

All our national sports teams, with perhaps the exception of performances by Banyana Banyana and the Protea netball teams, reflected where we are as society at some point. Negativity is contagious. I cringe every time we lose. They always want to fire the coach, or the captain and I’ve tried my best to remind people about your views that such is the nature of sports. Sometimes you win and sometimes you lose. How you conduct yourself during the game is more important.

We miss you dearly.

President Cyril Ramaphosa is doing his best. It’s not easy on him though and people are becoming impatient. I remain optimistic. 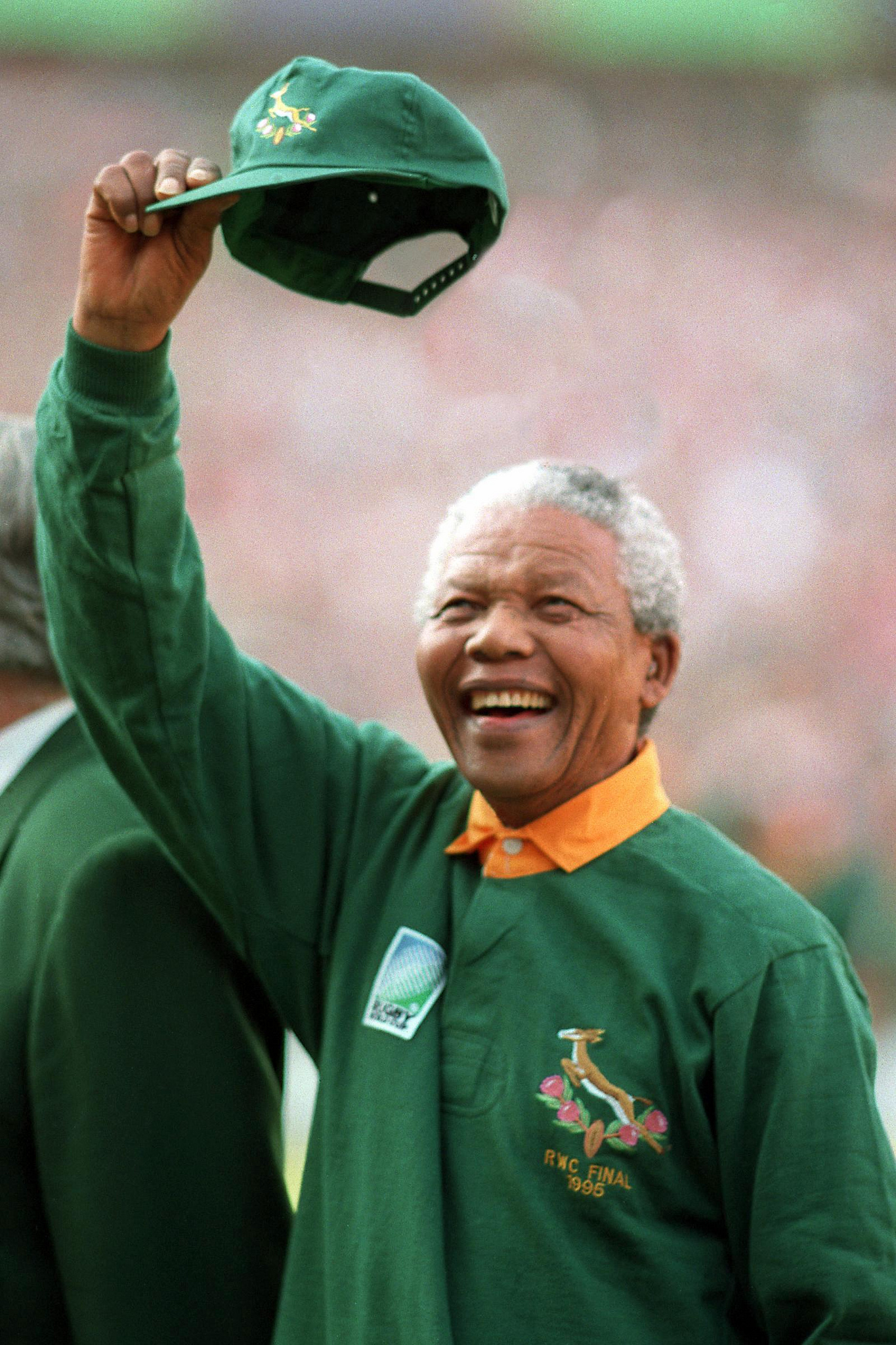 But your life reminds us that a turnaround always seems impossible until it is done, that after climbing a great hill, one finds another and your attitude will determine the altitude you go.

We are on the eve of the Rugby World Cup in Tokyo, Japan. Most South Africans have rallied behind our team the past six weeks. The pressure is on.

People are stocking up for the match on Saturday like it’s the 1994 elections. You know South Africans can’t do anything unless it involves food and drink and we are being true to that culture. It’s all about shisa nyama, braai, biltong and iziselo. We crave a celebration.

Your words ring true. Sport has the power to unite people like no other event. We are ready. Ke Nako. But we cannot expect to win if we secretly believe we are incapable or undeserving of the title, as you warned.

I remember expressing my frustration to you about people who always see the need to be negative. You would remind me that in every community, you would find pockets of people who would resist success, change and transformation.

I always try my best to be positive and to find the equilibrium in every situation. I fail, but I remind myself to keep trying like you did too.

However, I am writing to you to share my complete ecstasy with the team that will represent us on the field on Saturday. The most representative team from South Africa to ever play for the Rugby World Cup has brought us here to the brink of glory.

The team is truly the best we have to represent us for 80 minutes in Japan.

The older players, like Beast and Bongi, are as dependable as ever. I wish you could see how Frans Steyn has matured and grown. I wish you could witness Duane Vermeulen’s passion on that field. I have something good to say about every other player.

A few years ago I sat for an entire evening and spoke about you to Siya Kolisi, Cheslin, Scarra Ntubeni and their respective partners. They wanted to know more about you. They wanted to learn. At the time, Siya was the captain of my other team, the Stormers. Often, I am not right, but I knew that night that Siya could be the next Springbok captain. Ke Nako!

Khulu, this is a watershed moment for us again. Symbolically, Siya has taken the baton from you. He represents what we want to be as a nation – a humble, simple, authentic unifier.

He is your “home” boy from Zwide in the Eastern Cape. And like you, he is that person who everyone can identify with, irrespective of class, colour, religion or ideology. We need heroes like that because politicians have disappointed us.

Our desperation for ubuntu, for a symbol of hope, has added much pressure to the game but we know the team appreciates our sentiments. The young players serve as a critical reminder to millions of other young people who are blinded by their circumstances and disbelief in a better life. And for them, more than the personal pleasure I will derive from victory, I really do hope we win and that Siya and President Ramaphosa will hold the Web Ellis trophy above their heads amid tears of joy. We are so desperate.

We are not naive about nation building. We have a long way to go. But you showed us that sometimes it is important to set your differences aside and make a leap when an opportunity like this presents itself to become psychologically stronger as a nation, in our individual efforts to achieve a healthier nation. We need a paradigm shift just for encouragement and to recalibrate, and this could be it.

And whatever the outcome on Sunday, the challenges will still be there, but we will be energised because we have seen the flickering light of possibility.

I can hear your voice so loud and clear it almost frightens me: “Ahhh Siya, you are here. We wish you all the best for tomorrow and we know you will do your best. That is good enough for us and although we are positive about a win, you must know that we will still love you even if you don’t.”

I can’t help but smile as I imagine your comments about S’bu’s hair. About RG Snyman’s beard and asking Pieter-Steph du Toit whether he is still growing taller, or telling Faf de Klerk or Herschel Jantjies that they appear to be taller.

I also know, from the starting line-up to those on and off the bench, the management and families of each member would have earned a special place in your heart as they collectively push for one nation as we become stronger together.

Lastly, I know you would have jokingly reminded England that we have not forgotten that they colonised us and that even though we have forgiven them this could be the opportunity we have waited for to settle scores. I know you would have called your friend, Her Majesty Queen Elizabeth, to wish her well and I have no doubt you would have added something sinister about Brexit to unnerve the British.

The pressure is relentless but I hope that calm, strength and clarity will embrace these men as they run onto the field, that the love, admiration and pride of 58 million people will fill the hearts of each of the players’ supporters and management as we sing Nkosi Sikelela. Ke Nako.