The boys are back in town… and on the bus!!! The 2019 Rugby World Cup champions, the Springboks, have kicked off their RWC Trophy Tour, hitting the streets of Pretoria on Thursday morning to meet their supporters and show off the Webb Ellis Cup (aka Bill). 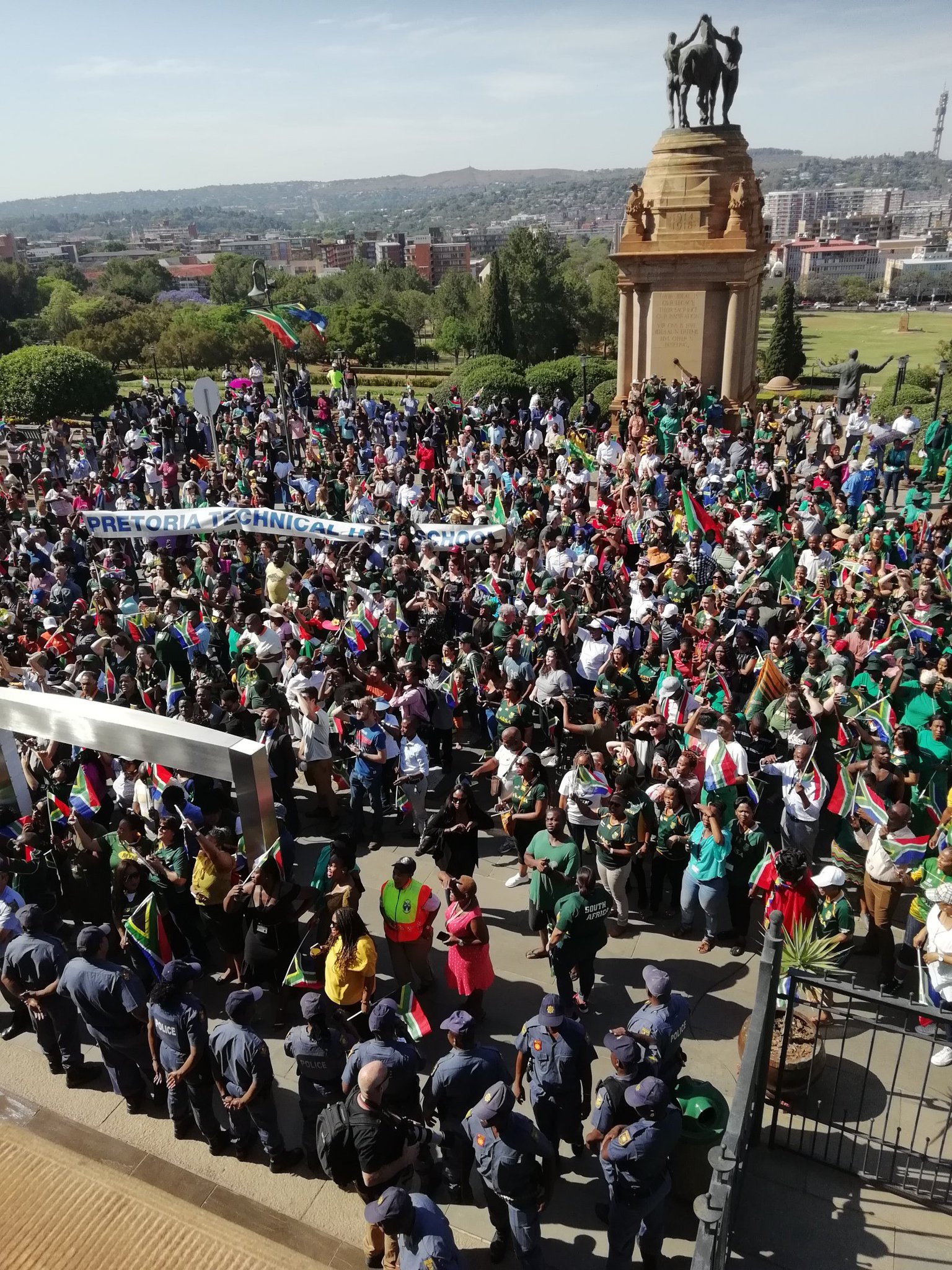 Proceedings began with Captain Siya Kolisi presenting President Cyril Ramaphosa with the Cup. The President addressed the crowd, urging all South Africans to use what the Springboks have created, to build more nation building and social cohesion. 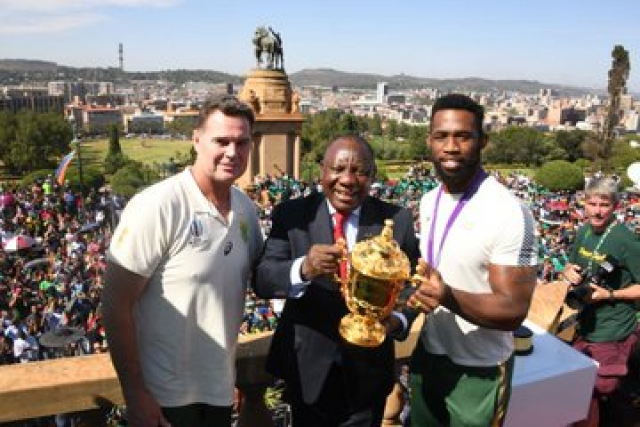 The SA Government has encouraged South Africans to come out in their numbers – wearing green and gold – and line the streets on the Springboks’ bus tour route which moves to Joburg and Soweto this afternoon (details below), Durban tomorrow (details below), before visiting East London (9 Nov), Port Elizabeth (10 Nov) and finishing in Cape Town on Monday 11 Nov (details to come). 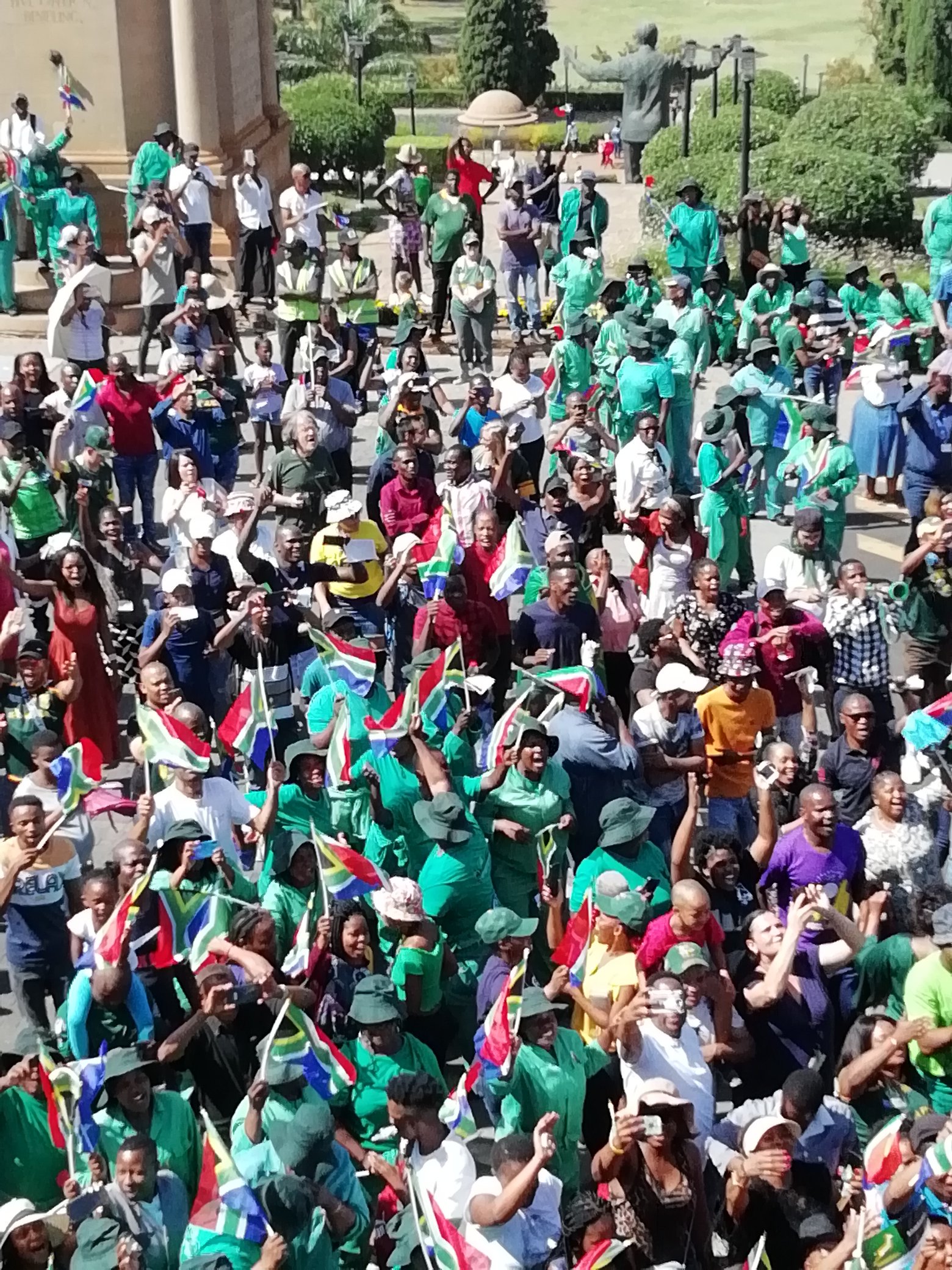 Photos and Videos from Springbok RWC Trophy Tour in Pretoria:

Siya handing over the cup to President Ramaphosa #SpringbokChampions pic.twitter.com/VabmLhgDgH

The route plan for Durban Springbok RWC Trophy Tour Details is as follows: