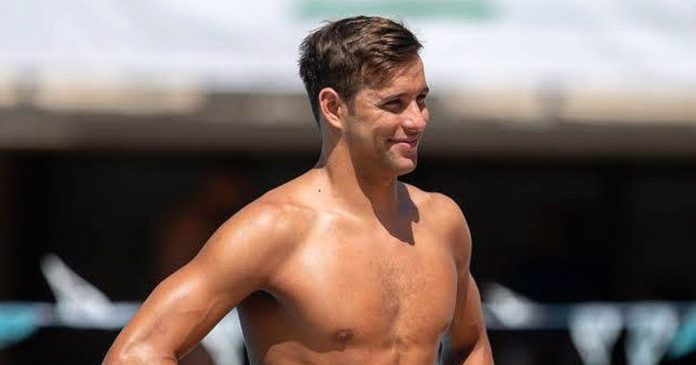 South Africa’s sports stars are shining worldwide, with the latest win coming from swimmer Chad le Clos who won Gold in the 100m Butterfly race on Thursday evening in Doha, Qatar during the final leg of the FINA Swimming World Cup (SWC).

An elated Le Clos, who wasn’t expecting the win, tweeted afterwards: “Gold tonight in the 100fly, always proud to represent my country 🇿🇦🙏🏼🥇”

He said he was “very surprised that I went so fast tonight”. It was a tough field, he said, with many of the guys swimming “very very fast”… but there’s something about Doha that has always been a “lucky place” for him, said Le Clos.

Thanking the crowd for their support as he returned to Doha, Le Clos told reporters “I’m very happy to get the win tonight”. He said Doha is where it started for him. He began his training there before the Olympics. “A lot of my success has been built in this pool,” said the South African swimmer.

Le Clos tweeted: “Very happy tonight with the 🥇 thanks to everyone who supported, my 144th World Cup gold medal #andstill #hungry #teamsouthafrica”

Very happy tonight with the 🥇 thanks to everyone who supported, my 144th World Cup gold medal #andstill #hungry #teamsouthafrica

Congratulations to @chadleclos the winner of #100FLY in this amazing competition #SWC19 pic.twitter.com/B2qth38hLg