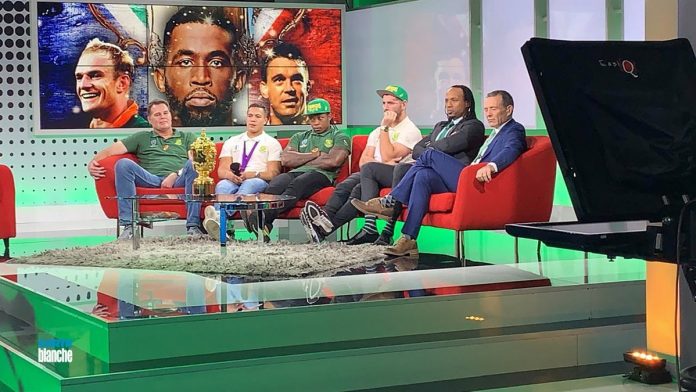 This week Carte Blanche tracks The Return of our Champions; investigates how much plastic we are ingesting and more! Watch on Sunday 10 Oct on DStv Now if you’re in South Africa, and stream it from Tues 12 on Showmax International in most other countries. 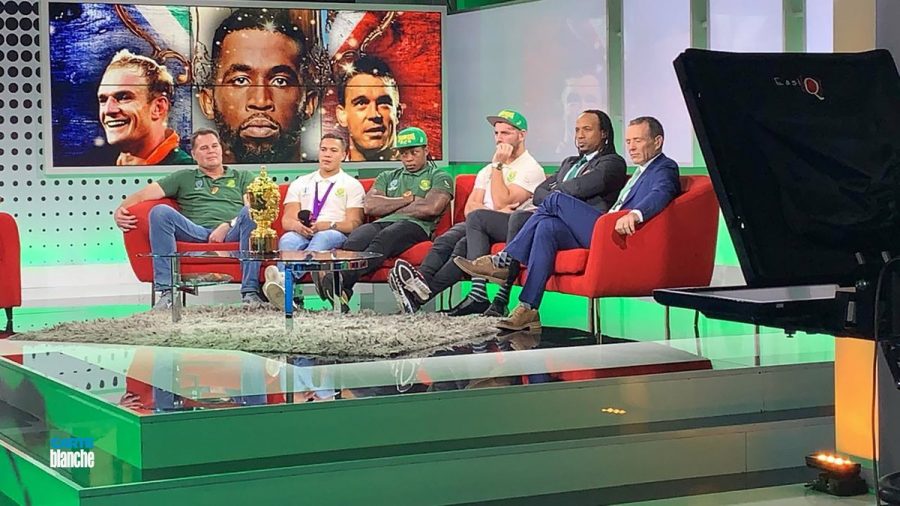 The Return of the Champions

First in 1995, then 2007 and now 2019 – after a thrilling Rugby World Cup championship victory, the Springboks touched down in South Africa as national heroes and for at least a moment, united the nation. But for a young boy from Zwide township in the Eastern Cape, who would one day lift the coveted Webb Ellis Trophy in Japan, this was more than just a storybook ending. Carte Blanche tracks the return of the champions. (Producer: Julian Sun | Presenter: Devi Sankaree Govender)

#SiyaKolisi, #MakazoleMapimpi and #FafdeKlerk. These are just some of the #Springboks heroes who have etched their names into the history books of the #RugbyWorldCup. @Devi_HQ tracks the return of the #SpringbokChampions this Sunday on #CarteBlanche. #StrongerTogether pic.twitter.com/nAM05W5hBf

Two complete strangers, one small boat and the adventure of a lifetime. Born in QwaQwa and raised in Soweto, amateur adventurer Fanafikile Lephakha couldn’t have imagined that he would be chosen from 15 000 contestants to join renowned expeditioner Riaan Manser on the gruelling quest to row across the Atlantic Ocean in just 45 days. But for a man who couldn’t even swim, Lephakha prepared to take on mission impossible. (Producer: Sinethemba Nogude | Presenter: Macfarlane Moleli)

How Much Plastic are You Ingesting?

From the highest mountains to the deepest oceans, plastic pollution shows up in the furthest reaches of the globe. As large pieces disintegrate into microscopic particles that float in the air and land on every surface, Carte Blanche takes to the laboratory to research how much microplastics we consume in wine, beer and even bottled water.(Producer: Carol Albertyn Christie | Presenter: Devi Sankaree Govender)

What would you do if three unmarked vehicles suddenly chased after you at high speed on the highway, late at night? Do you pull over, or head to the nearest police station and ask questions later? Carte Blanche investigates the case of a motorist who came under heavy fire from undercover police. Twenty-four bullet holes in this car later, we ask whether Johannesburg motorists are under threat from the police. (Producer: Kate Barry | Presenter: Macfarlane Moleli)

Imagine being pursued by three unmarked vehicles at high speed late at night. Do you pull over or head to the nearest police station and ask questions later? @macmoleli brings us this report this Sunday on #CarteBlanche at 7pm on @MNet channel 101. pic.twitter.com/44RfyWKLWB

A Ticket to Nowhere

Have you ever tried to buy a ticket for your favourite music concert or a major sports match, only for the event to be sold out in minutes? From Roger Federer and Rafael Nadal’s “Match in Africa” stadium show-down to the local and highly sought-after Afrikaans is Groot music festival – how are ticket resellers making big bucks while ordinary fans are left to fork out more than what the original ticket is worth. Flaws in the system or a money-making scam? Carte Blanche investigates. (Producer: Ntokozo Miya | Presenter: Derek Watts)