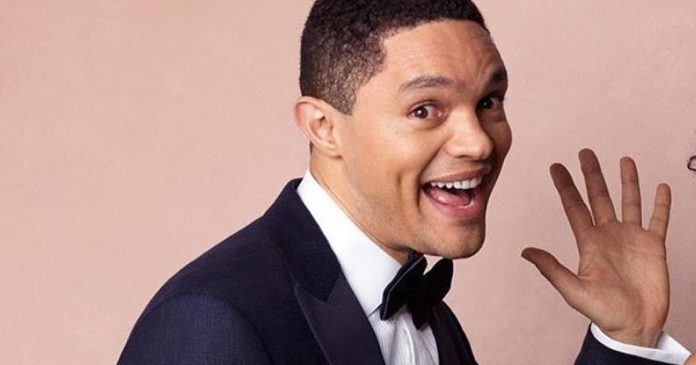 The South African comedian (and expat who now lives in the US), has been nominated in the Best Comedy Album category for his ‘Son of Patricia’ comedy special, which first aired on Netflix a year ago.

On the Grammy’s website it says that Best Comedy Album entrants constitute those whose albums contain at least 51% playing time of new recordings.

One thing’s for sure – if Noah wins, he’ll keep his speech short. Last year he pointed out on his show (The Daily Show) that everyone nominated should prepare because “it’s either you, or one of four other people. It’s not like you’re one in mega millions… you know you have a chance.” Watch below.

He also said of the Grammy Awards that “it’s the night white Americans are reminded how much black people like to thank God.”

Many South African fans have taken to social media to congratulate Trevor Noah on the nomination, and thank him for flying the flag high for South Africa.

Noah’s The Daily Show is available in SA to watch live on DStv Now and on CatchUp.