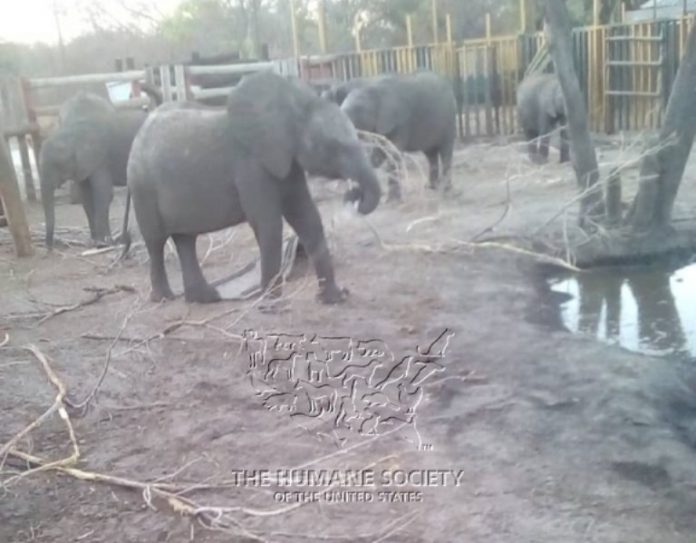 World-renowned elephant scientists and conservationists have united in an urgent plea to Zimbabwe, China and other countries considering exporting or importing wild-caught elephants for captive use, to abide by an internationally-agreed near-total ban on such activities that takes effect tomorrow, 26 November 2019. 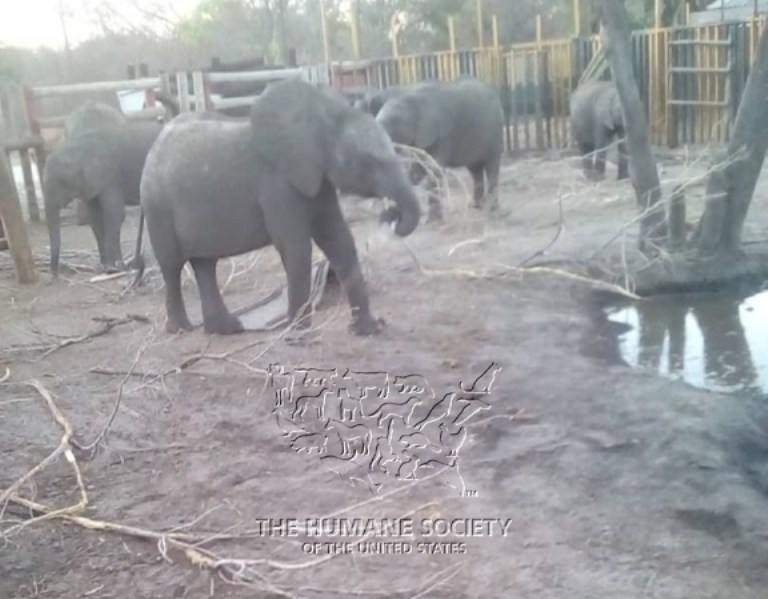 The experts’ plea comes in the wake of Zimbabwe exporting at least 30 baby elephants to China last month after forcibly removing them from their wild families almost a year ago and holding them captive at Hwange National Park.

The 30+ elephants are now being held in quarantine pending distribution to amusement parks and other facilities within China.

This is the latest in a long line of similar exports by Zimbabwe; since 2012 ZimParks has captured 141 juvenile elephants and exported them to China and Dubai.

Following international condemnation, a historic resolution was reached at the Convention on International Trade in Endangered Species of Wild Fauna and Flora’s 18th Conference of the Parties (CoP18) held in Geneva in August this year, supported by an overwhelming majority of governments.

It introduced a near total ban on live elephant exports from Zimbabwe and Botswana to zoos, stating that the only ‘Appropriate and Acceptable destination’ for live elephants exported from Zimbabwe or Botswana should be “in-situ conservation programmes or secure areas in the wild, within the species’ natural and historical range in Africa, except in exceptional circumstances where, in consultation with the Animals Committee, through its Chair with the support of the Secretariat, and in consultation with the IUCN elephant specialist group, it is considered that a transfer to ex-situ locations will provide demonstrable in-situ conservation benefits for African elephants, or in the case of temporary transfer in emergency situations.”

As the CITES resolution does not take effect until 26th Nov., it would appear that Zimbabwe took advantage of the time window to ship the elephants to China. Experts remain concerned that Zimbabwe may intend to capture more elephants from the wild, and even defy the CITES ruling completely.

Audrey Delsink, elephant biologist and wildlife director at Humane Society International/Africa in South Africa, and one of the expert signatories, said:

“Elephant scientists across the globe are united in our opposition to the heartless capture of young elephants from the wild for a life of captivity.

In addition to the deep distress this causes the wild herd bereft of their babies, elephants do not fare well in zoos and circuses as such confined and unnatural environments utterly fail to meet their psychological and physiological needs on any meaningful level.

The recent transport of young elephants from Zimbabwe is the latest tragic and inexcusable case.

These captures must end, and we call upon CITES to ensure that nations like Zimbabwe, China, Dubai and Pakistan are left in no doubt whatsoever that stealing elephants from the wild and condemning them to a life of miserable captivity in foreign zoos and circuses, is against the spirit and the letter of the ban.”

In October 2019 HSI/Africa released the last known video footage of the 30+ elephants before they were flown to China.