An investigation into allegations surrounding former Bishops’ teacher, Fiona Viotti, has revealed that she had sexual encounters with at least five boys at the prestigious Cape Town school. The news has come as a shock to those who knew her and her family, who have a long history at the school, one of South Africa’s most exclusive. 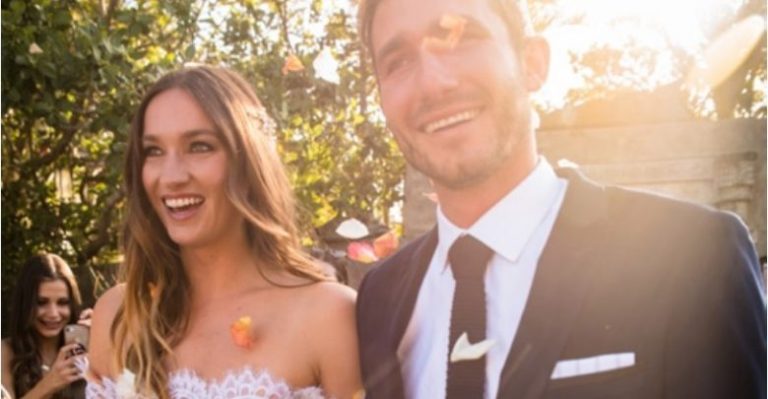 Viotti (30) is the niece of former South African rugby player Nick Mallett. Her father is a teacher at the school, and her grandfather was a headmaster at Bishops.

Following the probe into her sexual frolics with a teenage boy – which made nationwide news in October, four other boys believed to be past and present pupils came forward and said they had sexual encounters with the teacher at the elite fee-paying school. There are rumours there were even more boys.

The revelations have surprised current and former pupils, who say they would never have suspected it from the “shy and innocent” teacher.

The inquiry into one of South Africa’s most expensive schools discovered Viotti had been having liaisons with schoolboys for at least six years both before and after she had been married, targeting pupils who were over the age of consent.

The shocked church school appointed a top attorney to investigate the allegations against the teacher who, since her affairs have been exposed, has reportedly been admitted twice to a psychiatric clinic for treatment and is currently believed to be in hiding with her family.

Pornographic videos, along with topless and naked photographs that she alleged WhatsApp’d to the boys she targeted have set social media alight and have begun to appear on worldwide sex sites.

Viotti, who taught history and water polo to the all-boys school, was forced to quit her job after the parents of an 18-year-old boy complained after their son told them he had been hunted down for sex by her.

Her shocked husband Pavo Viotti, 32, who has a top venture capital and private equity company in Cape Town, is said to have separated from his wife of 14 months over the scandal and has refused to comment.

It was alleged that the 18-year-old sixth form pupil was involved in an intense sexual relationship with his teacher but when he tried to end the affair she refused to accept it, and pestered him to carry it on.

A parent told IOL website: “He was a willing participant in the beginning but became a victim when he couldn’t get out of it.

“The teacher started texting him to come to her house on the campus and that’s how it started but it got to the stage where he had had enough.

“But the teacher wouldn’t let him go and he went to his parents for help and they went to the headmaster and now it is all coming out.”

Several sources, including one close to the pupil involved, claim the 18-year-old was not the teacher’s only sexual conquest by far, adding: “It seems this has been going on for about six years.

“That is why the headmaster is asking for other boys past and present to come forward with information. If the rumours at the school are correct there could be many many more involved.”

The South African Police Service has not been involved as criminal charges have not been laid since the schoolboy is two years over the age of consent, and no laws seem to have been broken.

A school source said: “It would appear this is not a criminal matter but one of gross misconduct between a teacher who has stepped over a clear line and it is a matter for the school to handle.

“They have appointed a senior lawyer who is independent of the school to ensure the matter is investigated properly.”

The investigation published a report today in which it confirmed the school mistress had been in engaged in sexual misconduct with at least five pupils but will not be disciplined because she has already resigned.

The headmaster, Guy Pearson, said the report confirmed the school had never been aware of the teacher’s sexual shenanigans with her pupils which took place between 2013 and 2019, before and after she was married.

Viotti appointed a lawyer William Booth to represent her, but refused to cooperate with the investigation.

Pearson said: “The school will consider all the findings and recommendations made by the investigators to ensure we continue to make Bishops a safe environment for all our pupils and teachers.

“As a school we are deeply saddened by these events and remain committed to ensuring the mental health and wellbeing of those affected and no further details of the findings will be made available.”

The school also revealed that it has made a team of psychologists and psychiatrists available to any boy or family member that may have been affected by the events surrounding the disgraced teacher.

Viotti’s uncle – Nick Mallett (62) – was a former Springbok who played at No 8 and who went on to coach rugby for South Africa and Italy. He is now a Supersport TV rugby commentator.

Viotti’s father Dave Mallett is also a history teacher at Bishops and coaches the rugby first team, and her grandfather Anthony was a former headmaster for 18 years.

English-born housemaster Dave has sent a message to parents saying his family faced “tough times ahead”.

The devastated dad said: “Thanks very much for the messages of support that we have received in the wave of the devastating events involving my daughter Fi and our family as a whole.

“Tough times ahead no doubt – but I’ll be soldiering on to support my family as best I can.

“Obviously Fiona’s health and safety is our priority right now and we will be doing all we can to help her pull through,” he said.

Graphic videos posted on social media appear to show Fiona on her own in compromising positions. Her lawyer, Booth, has not denied it is Fiona in the videos but has warned they were posted without her permission and that forwarding them on would be illegal.

Bishop’s Diocesan College is a private school founded in 1849 by Bishop Robert Gray to teach Christian values and educate the sons of colonialists in Cape Town. It costs £15,000 a year to attend.

Stunning Viotti is a former model and was a water polo star as a teenager. She was one of the “Beauties of Sport” featured in Sports Illustrated in 2009 – a year after she met her future husband.

The couple fell in love in 2008 while backpacking in Vail, Colorado, in 2008; and their adventures took them to South America, Europe and South East Asia before they returned together to Cape Town.

They were married in September last year in a white wedding in Plettenberg Bay and it seemed the perfect couple were planning a family together until the school scandal hit the news.

Viotti has also resigned her job coaching the Western Province Under 19’s schools water polo boys team and is believed to be in hiding with her parents at their home in Cape Town.

Husband Pavo has refused to comment or answer the door at their £350,000 home in a Cape Town suburb.

Both have deleted all their social media accounts and close friends say they are living apart at the moment.

A former schoolboy at Bishops Diocesan College who was taught water polo by the school mistress said: “Every red blooded male at the school was besotted with Fiona as she looked like a supermodel.

“But the thing was she was never flirty and comes across as a very shy and innocent and very nice girl and to hear these allegations has just blown me and a lot of the guys I went to school with away.

“Fiona’s uncle Nick was the Springboks coach and her dad Dave coaches the rugby 1st XV and her grandfather Tony was headmaster here for nearly 20 years after he emigrated here from England.

“The Mallet’s are part of the fabric of the recent history of Bishops and I cannot believe Fiona of all people has been having sex with her pupils as she is the total opposite of the sort of person you would suspect.

“The word is that there is a lot more to come out and former pupils who left the school years ago are being contacted. It is a great school and one of the best in South Africa and you just don’t expect this” he said.

These are the key findings and recommendations of the investigation.