Kevin Anderson (33) may live in the USA, but the SA expat is playing with all his heart in Australia – representing South Africa!  On Monday in Brisbane, Anderson continued his strong start to the 2020 tennis year when he beat Chile’s No1 player Cristian Garin 6-0, 6-3 to deliver South Africa their first ATP Cup tie victory.

SAPeople was there and Anderson’s performance was brilliant, with no sign that he’s been off the court for over six months recovering from an injury.

Serbia’s Novak Djokovic, who beat Anderson in a nail-biting match of two tie-breaking sets on Saturday evening, admitted he was surprised by Anderson’s top form so soon after returning and praised the South African for his performance. (The last time Anderson played was in the third round of Wimbledon in July 2019). 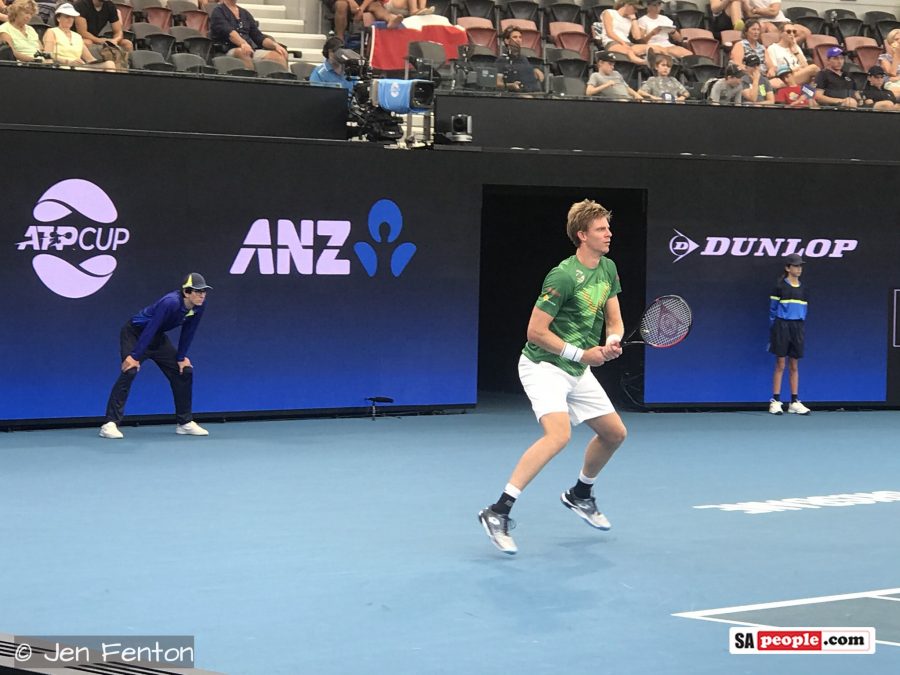 There were several times during their match that Djokovic was the first to applaud an incredible shot by Anderson, and afterwards he admitted he had only just managed to “weather the storm”. 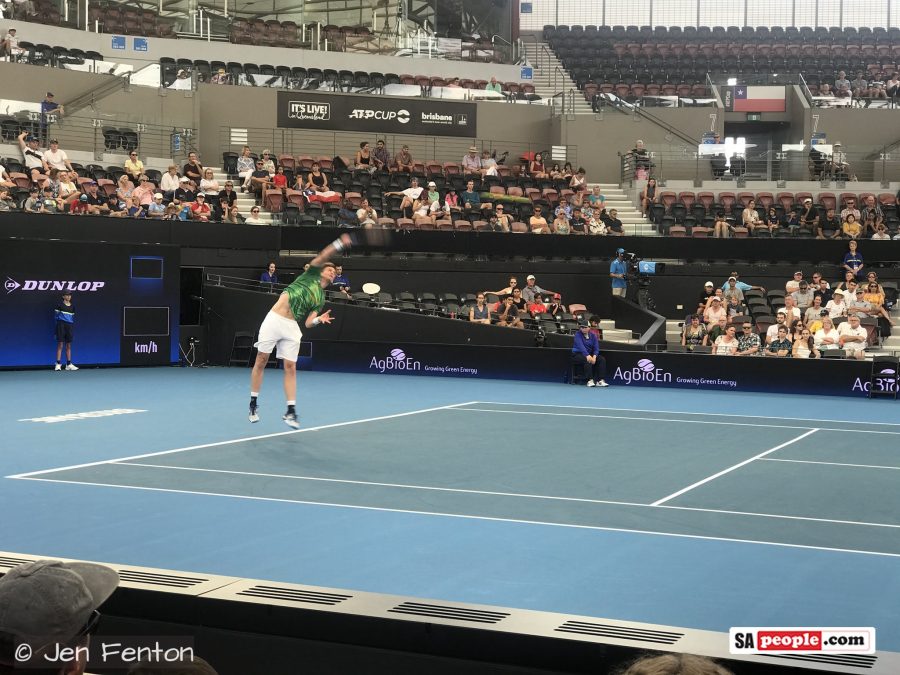 The official ATP website reported that Anderson, the former world No 5, dropped only two first-service points and didn’t face a break point against the 23-year-old Garin, who was looking to force a deciding doubles match and give Chile a chance at their first ATP Cup tie win.

‘Got off to a really good start and I feel like a lot of things we have been working on, I was able to implement them,’ Anderson said. ‘Great that I was able to play a good match, and with Lloyd [Harris] playing well as well, get our first win for our team.’ 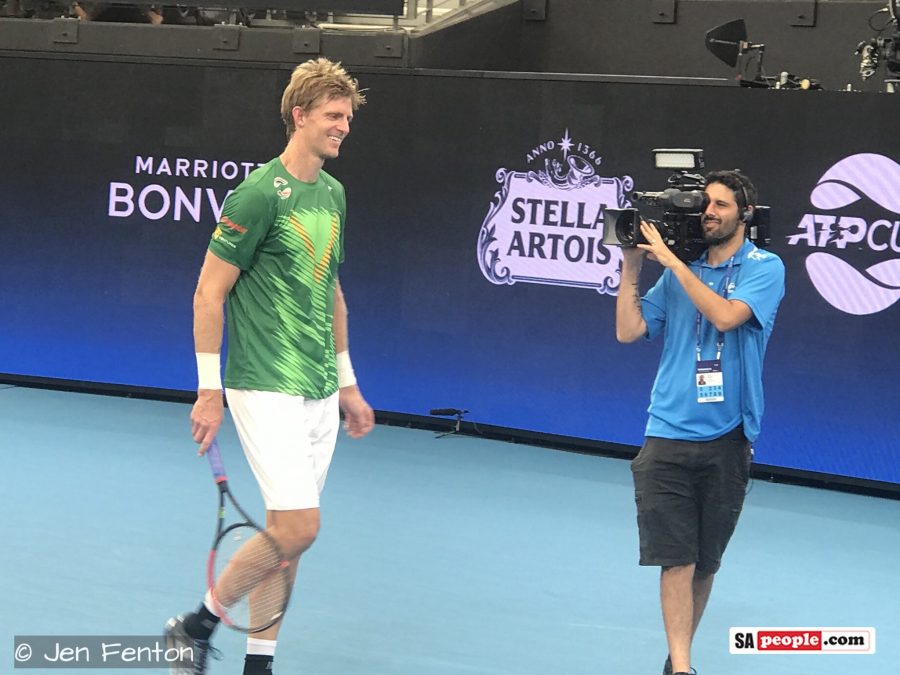 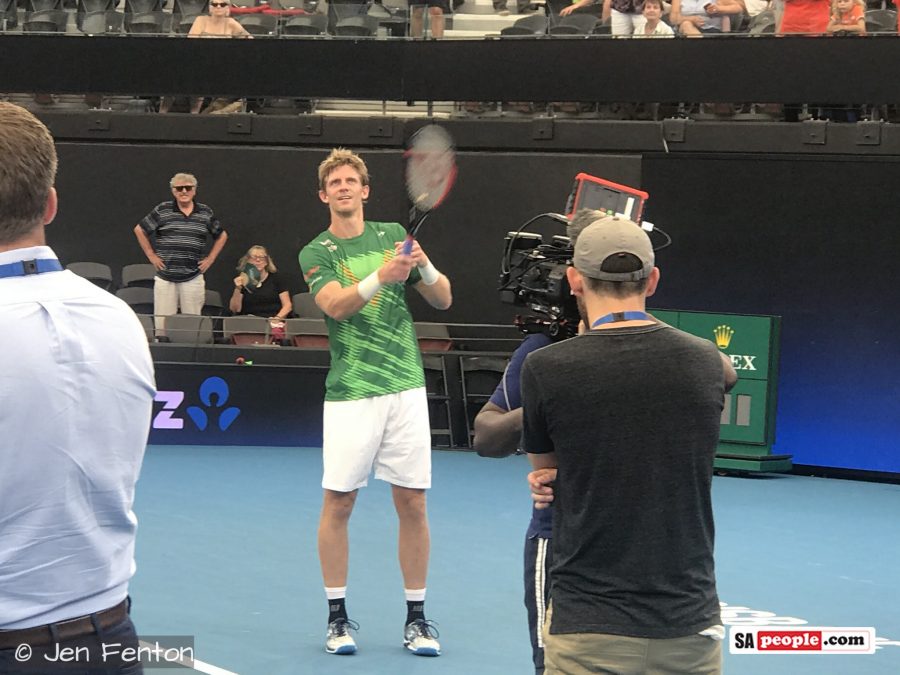 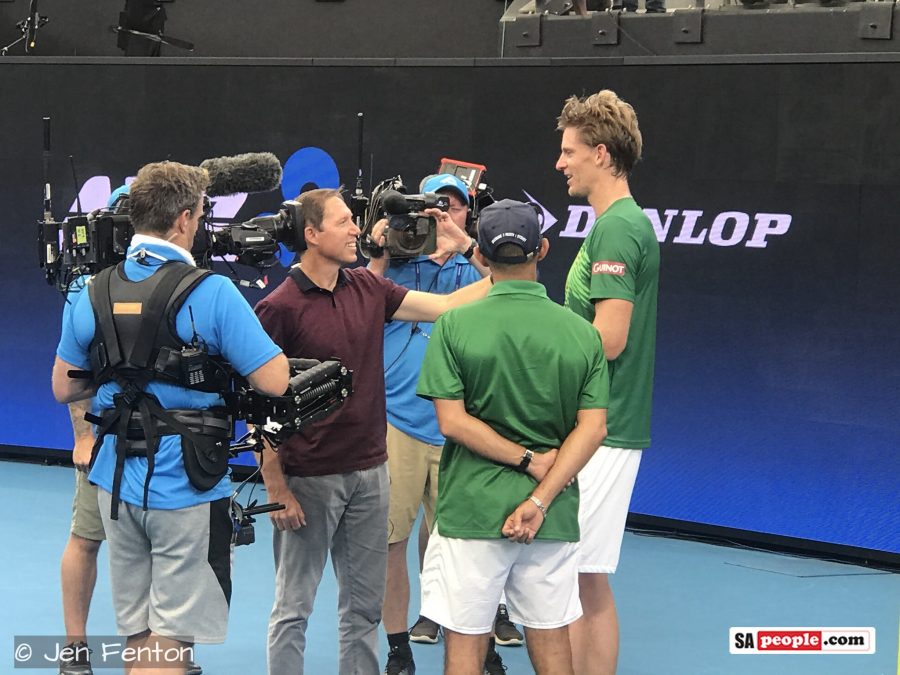 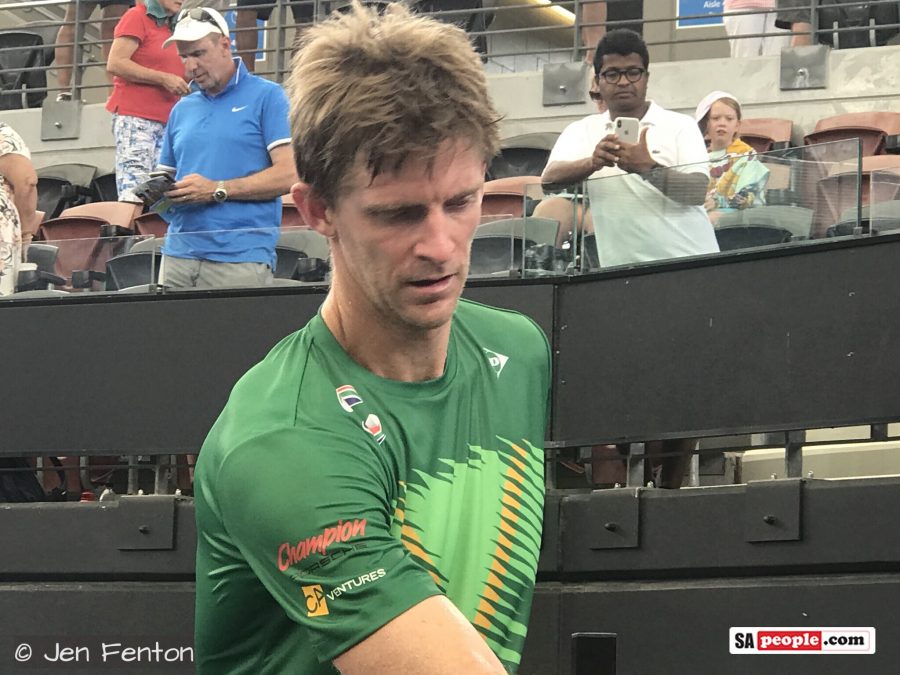 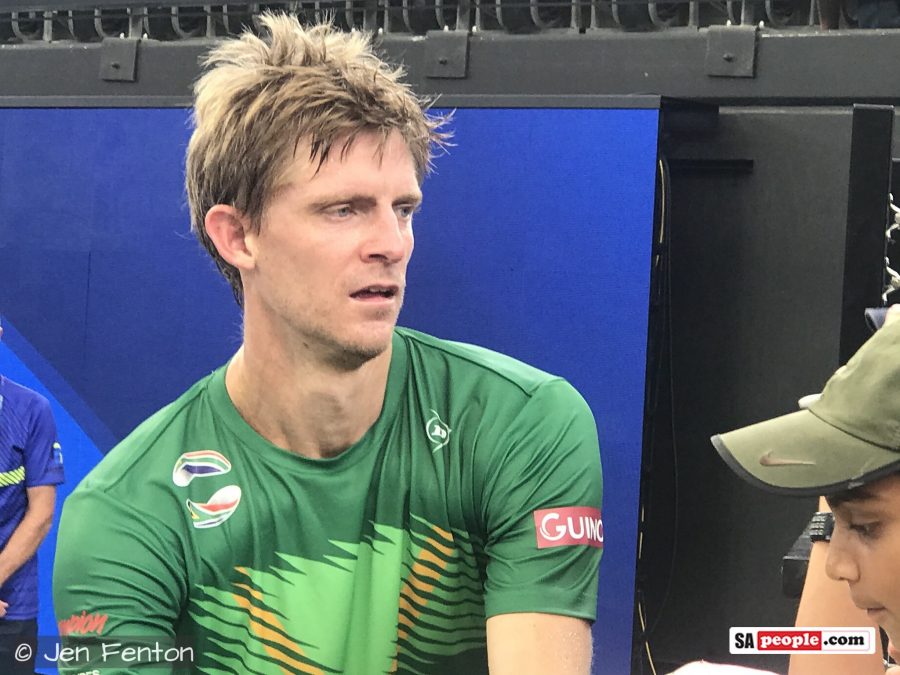 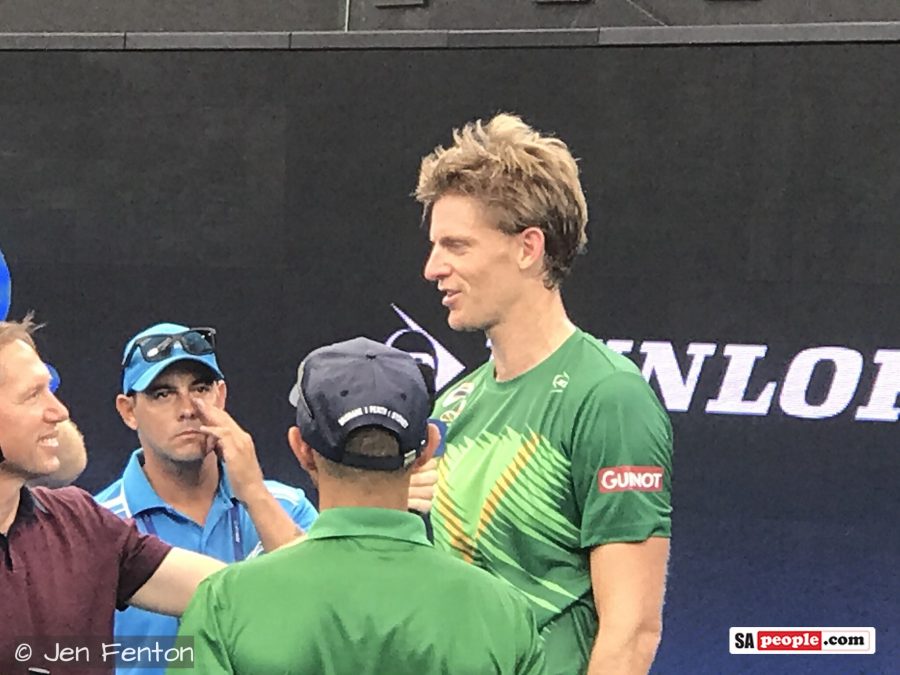 ‘A little bit physically draining after my first match. It’s always, as much as you work off the court, it’s always a little bit different being in a match environment,’Anderson said. ‘But a really good day of recovery yesterday and my body felt really good being out there today.’

Anderson’s wife Kelsey was in the front row, supporting her husband. The couple welcomed their first child, Keira, in September 2019.

Lloyd Harris (22) was the first South African to clinch a point in the competition for South Africa. He said afterwards that he was “super stoked”. 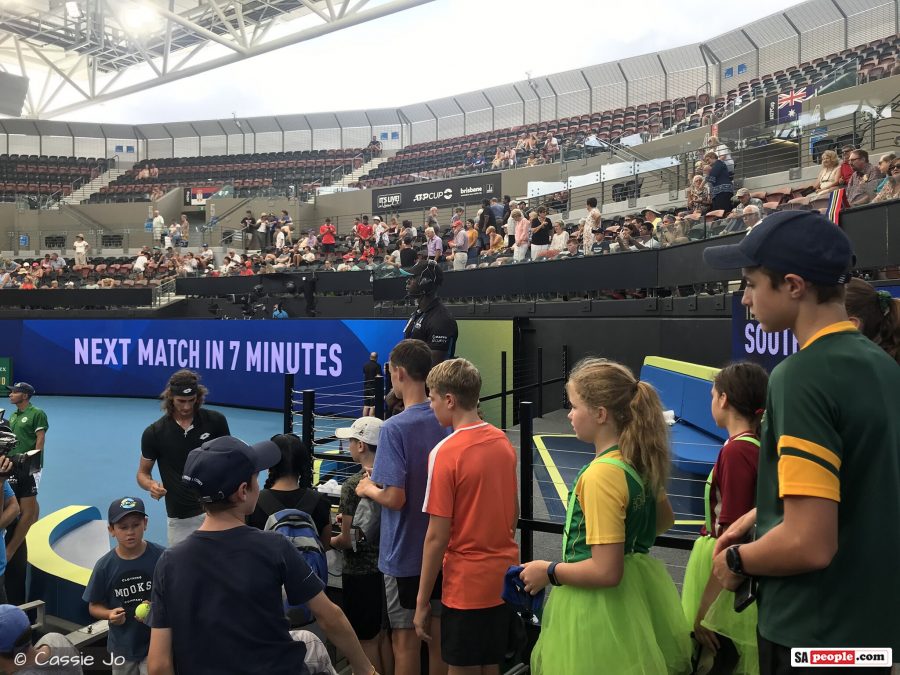 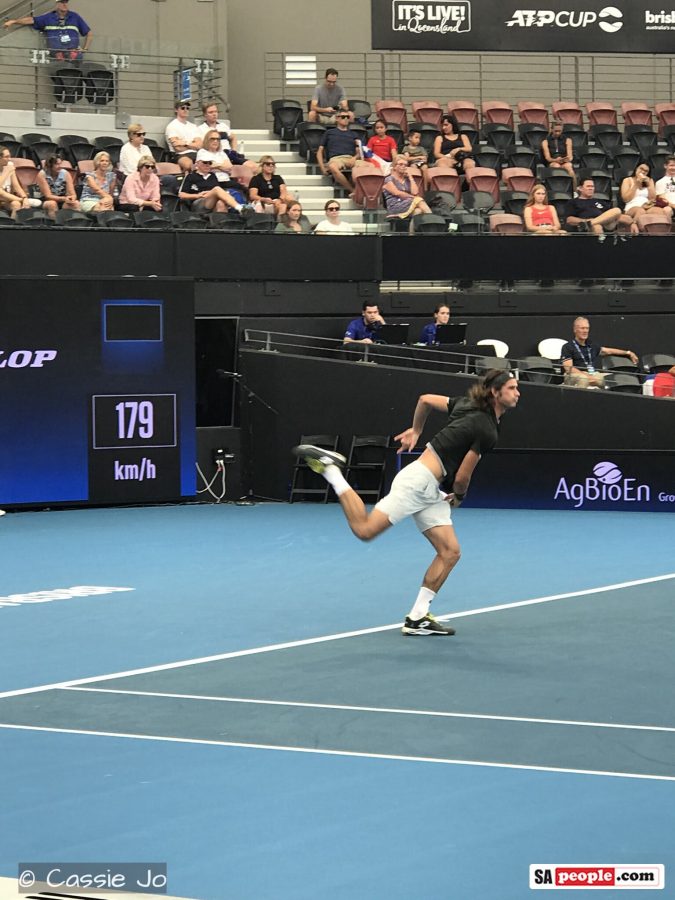 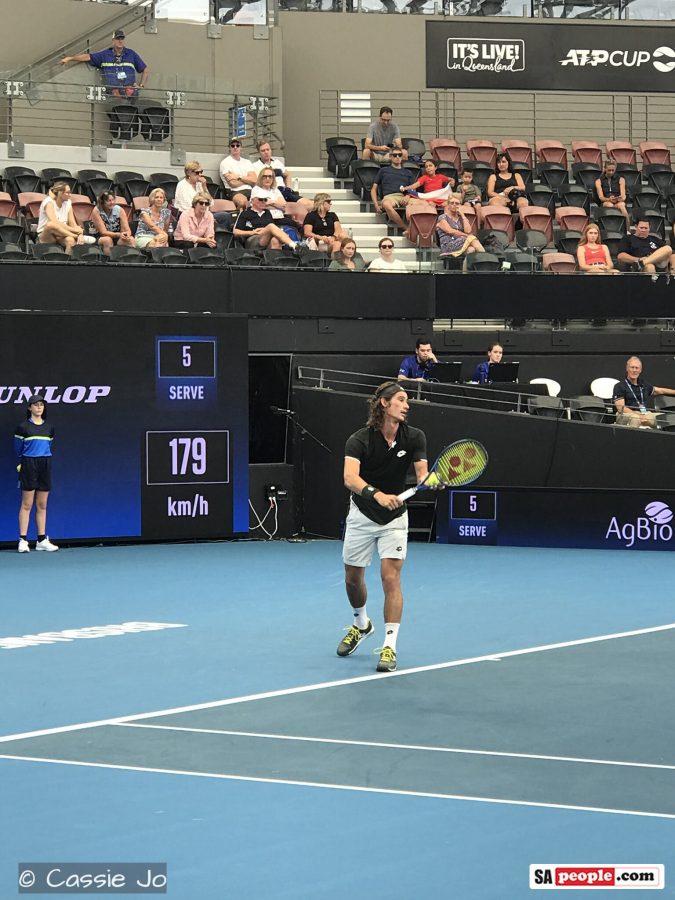 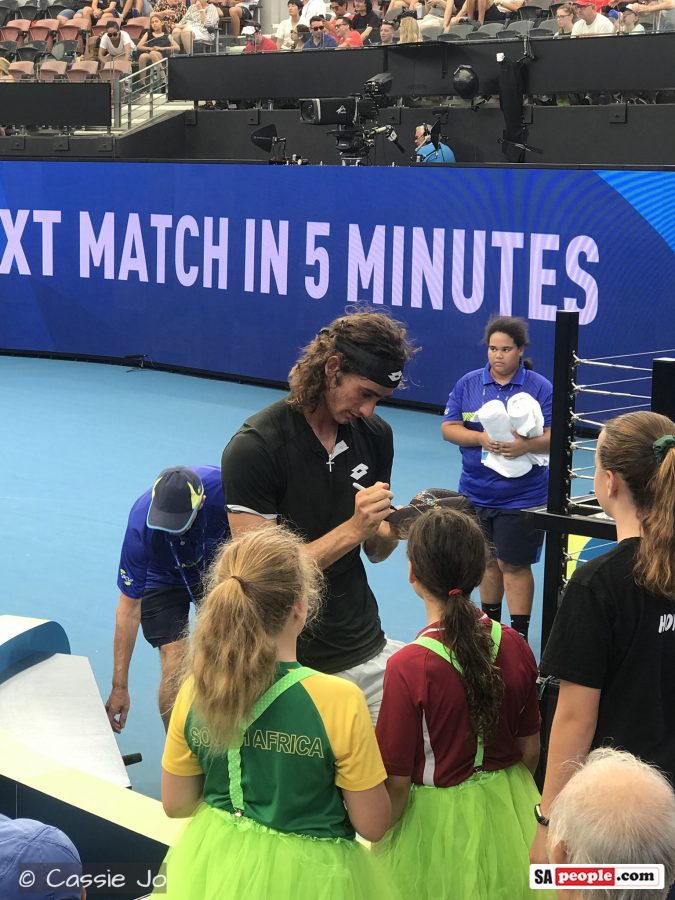 Harris beat Chile’s Nicolas Jarry 6-4, 6-4. The world No99 broke three times and fought off a late surge from Jarry, who won his maiden ATP Tour title last year on clay in Bastad.

‘I’m super happy. I went down early at the start with the break, but came back strong straight away, broke him to love, and I think I just built on confidence from there,’ Harris said.

‘Started serving well, hitting some spots, going more for percentage and I feel like I just constructed the match very well and it panned out as I wanted.’

Harris had his best season in 2019 and was steady against the tall Jarry, hitting 24 winners to 14 unforced errors.

Raven Klaasen and Ruan Roelofse then made it a perfect day for the South Africans, beating Garin/Jarry 1-6, 6-3, 10-7 in the men’s doubles. 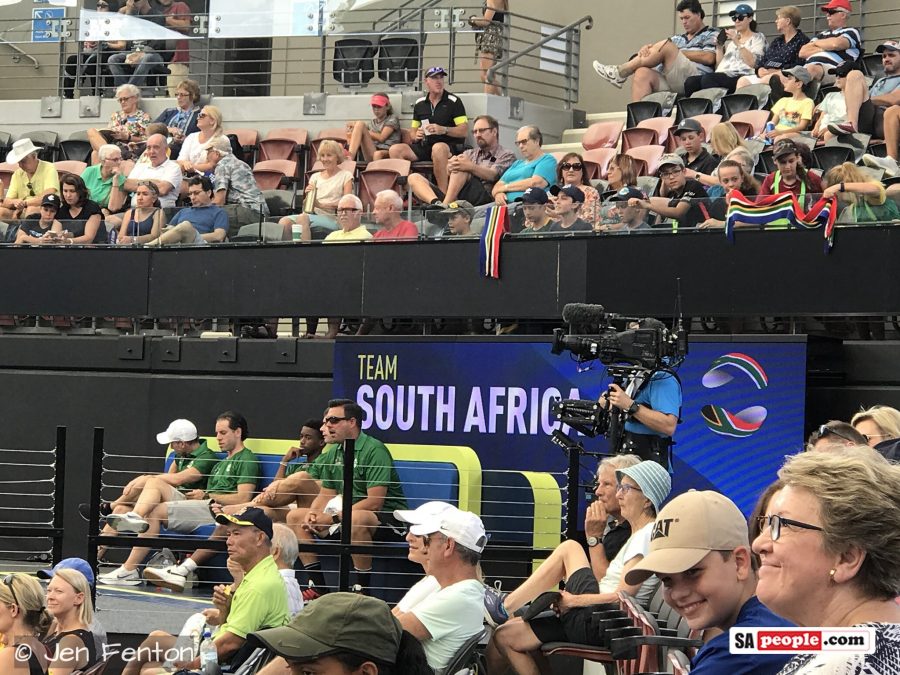 If you are in or near Brisbane, please go support Team South Africa on Wednesday in their matches against France. The venue is fantastic, the tennis superb and the South African sportsmen would GREATLY appreciate your support!