South African Deputy President David Mabuza is in Juba, South Sudan, for meetings on the Revitalised Agreement on the Resolution of Conflict in South Sudan, aimed at ensuring peace in the region going forwards.

The main aim of the visit is to find a consensus from the different parties on the issue of the number of states and their boundaries.

During the previous meeting in December, progress was made from five divergent positions to only two (for 23+1 and 32+ states)… and this follow-up meeting was arranged to reach an agreement on just one position on the number of states.

Mabuza, in his capacity as South Africa’s special envoy to South Sudan, has held bilateral meetings with the guarantors to the Agreement to mobilise for their continued support to the peace process.

“During this round of Consultative Meeting of Parties, it is envisaged that an agreement will be reached on a mechanism to amicably resolve the contentious issue of the number of states and boundaries,” the Presidency said.

The finalisation of this matter will pave a way to the formation of the Revitalised Transitional Government of National Unity within the current extended period ending in February 2020.

“We have returned to Juba hopeful that parties will reach an agreement on a workable mechanism to resolve the matter of states and their boundaries. More importantly, [we want] to ensure that a Transitional Government of National Unity of South Sudan is formed before the expiry of the current 100 days extension.

“Our ultimate goal with all these efforts is to ensure a peaceful South Sudan where the guns are silenced for good and where her people pursue their development,” said Mabuza. – SAnews.gov.za 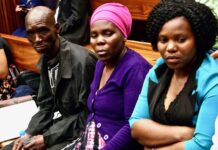