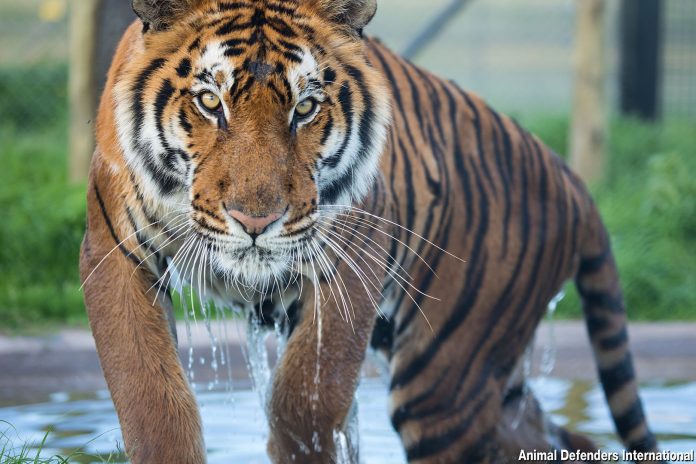 Today marks the beginning of what promises to be a wonderful new life for 12 tigers and five lions at the ADI Wildlife Sanctuary (ADIWS) in South Africa. The big cats have been relocated after being rescued from a life of circus suffering in Guatemala by Animal Defenders International (ADI).

The animals’ journey to freedom marks the successful conclusion of the organization’s 18-month Operation Liberty mission, during which ADI assisted authorities with enforcement of Guatemala’s animal circus ban, ending circus suffering in yet another country.

Jan Creamer, President of ADI, said: “These animals have experienced a lifetime of suffering and abuse in circuses in Guatemala but those days are over.”

The animals are now free to explore their natural surroundings at the ADI Wildlife Sanctuary, under the African sun. 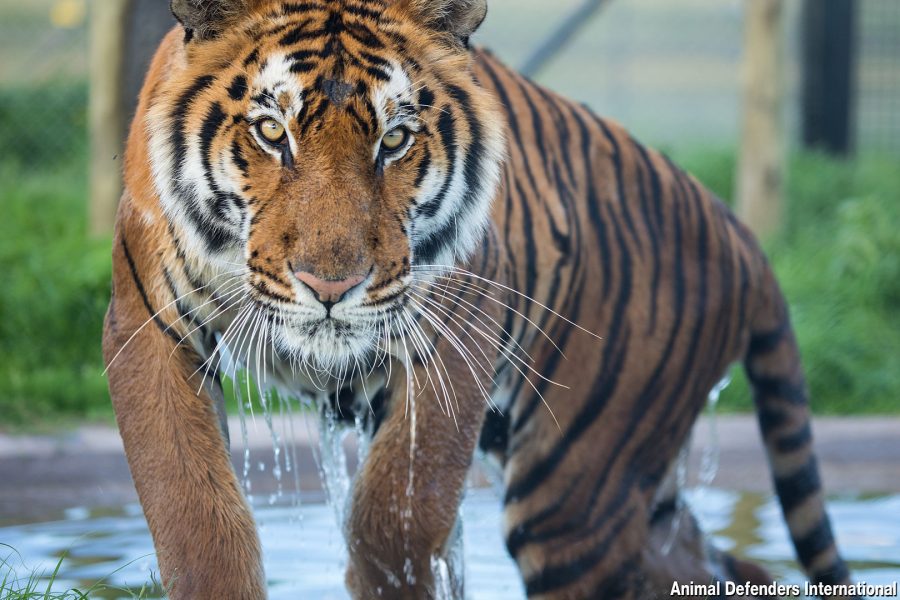 The epic journey to freedom began on January 18 at the ADI Temporary Rescue Center in Guatemala, where the animals have been cared for since their rescue.

One by one, the 17 big cats were coaxed into their individual travel crates, then lifted onto the trucks and taken to the international airport in Guatemala City to board the Operation Liberty Flight. 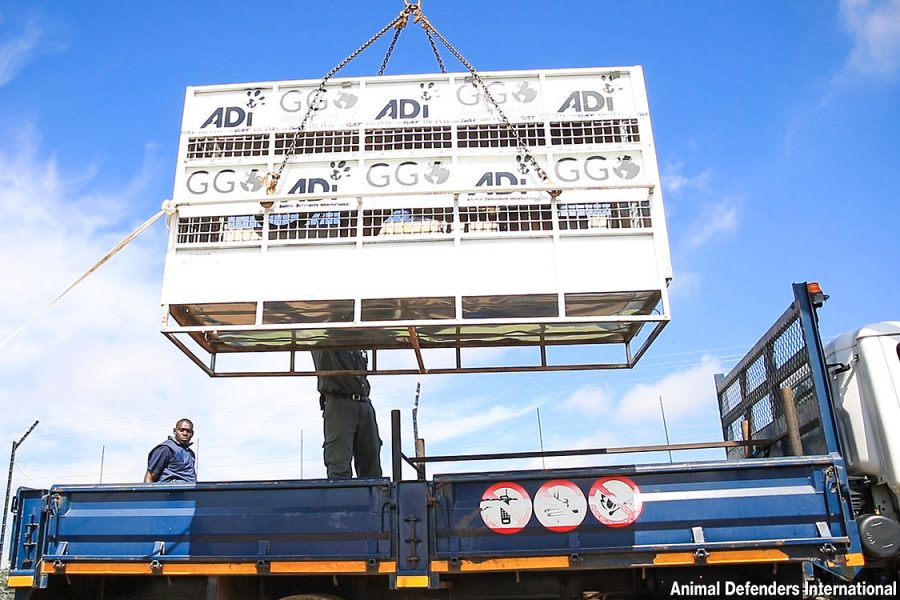 During the flight – which made stops in Mexico, Belgium, and Qatar before reaching its final destination in South Africa – the big cats were monitored by a veterinarian and provided with in-flight meals and water by Creamer and a colleague.

After more than 34 hours flying, on the morning of January 21 the animals touched down at OR Tambo International Airport in Johannesburg to an eager audience of reporters, and ADIWS and airport staff.

“O. R. Tambo International Airport as a cargo and logistics super site was delighted to be able to play a part in the final stages of this successful rescue of the tigers and lions,” said Bongiwe Pityi-Vokwana, General Manager for the airport.

“With wildlife and our natural heritage under severe threat all around the world, we hope that this rescue will strengthen the resolve of all of us to play a greater role in conservation.”

The Operation Liberty Flight was largely funded by nonprofit leader GreaterGood.org, whose fundraising efforts included a competition for supporters to name two male tiger cubs (Max and Stripes) who were rescued by ADI with their family from a junkyard where the circus had been keeping them.

For the final leg of their journey home, the animals travelled once again by truck to the 455-acre ADIWS in the Free State.

After arriving at the sanctuary, during the late afternoon of January 21, a fierce storm blew in as ADI began unloading the big cats. Young Max and Stripes were released (and burst into a run when they spotted one another!), plus their father… but the release of the other animals had to be abandoned until this morning (Wednesday) due to the worsening weather.

With the storm passing, and the sun shining, lions Kimba, Sasha, and Tomás were the first to be released on January 22, followed by Tanya and her doting partner Tarzan, and then the remaining tigers Sasha and Kumal, Sun and Moon, Luna and Jade, and Sombra, Bimbi, and Lupe.

The five lions have acres to enjoy in the natural homeland of their ancestors, while the 12 tigers have a huge 650,000sqft Tiger Territory complete with a series of spring-fed pools for the tigers to play in.

All of the animals have received veterinary treatment since arriving in ADI’s care, with several experiencing health issues due to inbreeding, and others requiring dental surgery to repair damaged teeth.

The ADIWS is now home to 43 big cats—all but one rescued from circuses in Latin America. Due to the abuse these animals have suffered and their years of confinement, it is not possible to release them in the wild. Most of the animals were declawed in the circus, a cruel mutilation to remove the claws.

The animals, once confined to bare cages about the size of a queen size bed, will now enjoy natural grassland enclosures with native trees and bushes, platforms, dens, and night houses…

To support the ongoing care of the animals at the ADI Wildlife Sanctuary, donations can be made here: https://donate.adiusa.org/sanctuary/

To adopt an animal: https://adiwildlifesanctuary.org.za/our-animals/