The City of Cape Town is “subsidising the wealthy elite” by planning to extend the lease on the Rondebosch golf course for another ten years at a very low rental fee, says activist group Ndifuna Ukwazi. 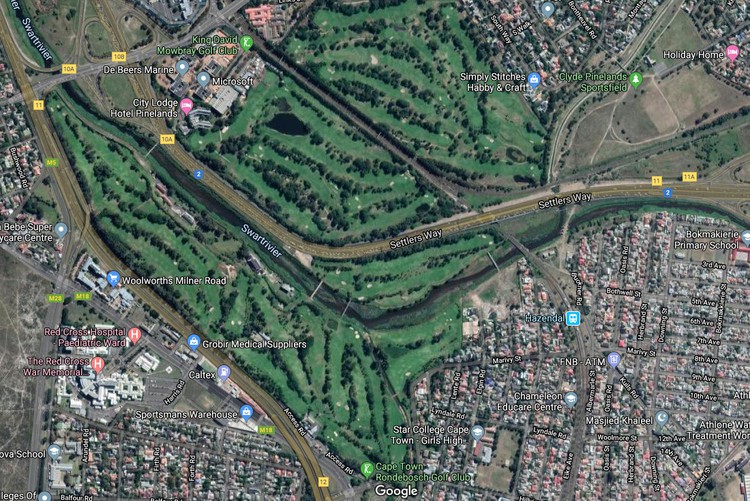 The City announced on Monday that it is seeking approval from the council to extend the lease.

The golf course was the centre of housing protests in March last year, when members of Reclaim the City and Ndifuna Ukwazi occupied the course, demanding that the land be used for social housing.

The City has previously used a flat tariff of R920.00 a year for leasing out public land for sports and recreational purposes. Mayco member for Economic Opportunities and Asset Management James Vos said that the City was reviewing its tariffs. The “historic one size fits all social tariff approach needs to be reviewed”, he said.

Ndifuna Ukwazi researcher Michael Clark accused the City of continuing to “subsidise the wealthy elite at the cost of working class people” by prioritising golf clubs over social housing.

Vos said the renewed lease and historically low rent were justified because the golf course offered “substantial benefit to the local community as it provides a secure gathering point” and because it brought in money from tourism and golf tournaments.

But Clark pointed out that the King David Mowbray Golf Club is “literally across the road” and the River Club Golf Course also within 2km. “We have quite a lot of these spaces already, and the City claims that one of the core reasons it is unable to provide social inclusionary housing is its lack of well-located land,” said Clark.

There are about ten golf courses and 26 bowling greens on public land.

Vos said Rondebosch Golf Club is also “at the forefront of the Cape Town golf community in driving transformation” and prides itself on being “racially and culturally diverse”.

However when GroundUp contacted the golf club to get a better understanding of these transformation initiatives, the club reported that the person who would be able to explain them was on leave.

Clark pointed out that the land is close to the best public hospitals, job opportunities and schools. It has direct access to operational train stations, taxi routes and is only minutes away from the city centre.

Vos says that half the Rondebosch Golf Club is below the flood line, and that it was “designed to prevent neighbouring properties from flooding” – making unsustainable for housing developments. But the Ndifuna Ukwazi report estimated that only a third of the land is below the floodline and the rest could accommodate about 2,400 housing units, of which 1,400 could be for affordable housing.

Municipalities are required to address apartheid era spatial planning and segregation under the Spatial Planning and Land Use Management Act (SPLUMA). The Cape Town Municipal Spatial Development Framework in 2018, which is also committed to addressing spatial justice, recognising that “the poor who are forced to travel at great cost to access employment and a range of other public and private goods”.

The document suggests that new housing units “should be encouraged in locations with good public transport access, concentrations of employment and commercial development.”

Vos said that there was no conflict between this vision and the decision to renew the lease on the golf course.

He said that the City was currently assessing each golf course on City-owned land “according to its individual merits, challenges and future potential”.

Malusi Booi, Mayco member for Human Settlements told GroundUp that the City “recognised the need for… spatial justice and transformation” which included “looking at suitable, well-located land for human settlements in and near urban centres across Cape Town”. However, he said, this “will not happen overnight”.

Clark said: “The progress with housing has been extremely slow. Things have been in the pipeline for years, even decades. People can’t live waiting for something, they need to actually see it happen.”