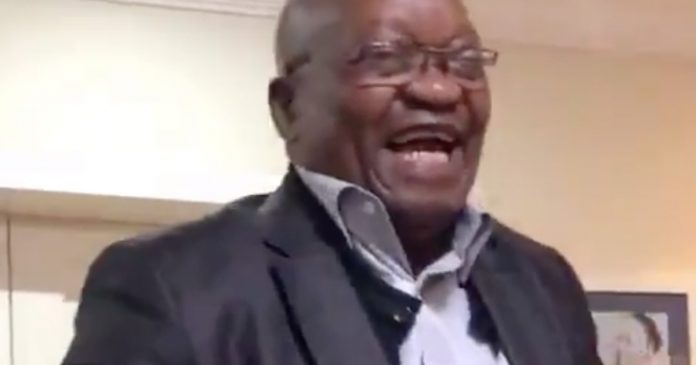 Here’s Zuma’s ‘sick note’ provided in court – which, complete with altered dates, is in itself humorous without needing further doctoring! This note was presented to the Pietermaritzburg High Court to explain Zuma’s absence from the hearing yesterday, where he is facing multiple corruption and money-laundering charges in connection with an arms deal in the late ’90s.

eNCA explains why the legitimacy of the sick note is questionable, including that the health care practitioner who signed it needs to be verified (signed apparently by Dr ZK Moteni – but without a matching practice number).

And here are just some of the jokes, memes and responses posted by South Africans…

The court issued an arrest warrant for Zuma, which is stayed until May when the hearing resumes.

@chestermissing joked on Twitter: “There’s an arrest warrant for Jacob Zuma for faking being sick. You can sell a whole country to foreigners, take millions in bribes, they’ll do nothing. But forge a sick note and they’ll arrest you. It’s a matter of hours before he tells us he has coronavirus.”