Nearly 66% of this year’s SAFTA nominations in the TV categories are available to binge now on Showmax, with more to come soon. 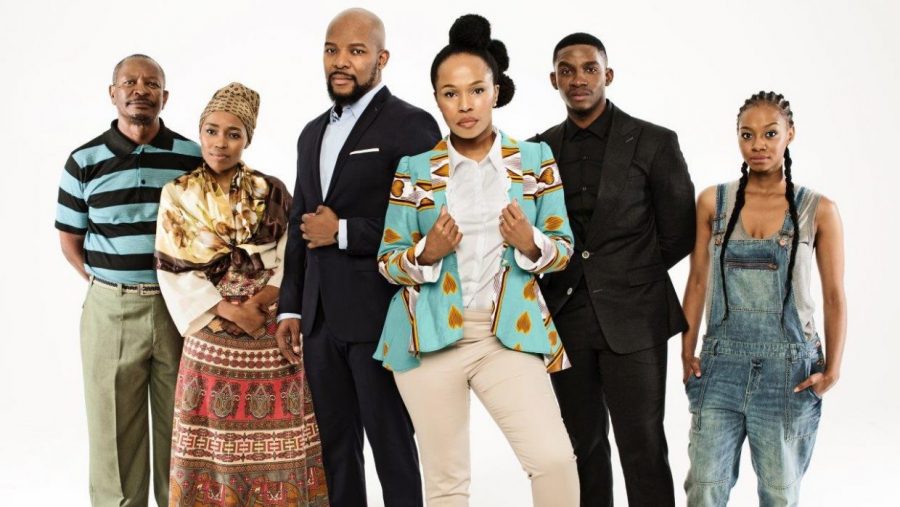 Outside of the TV category, Showmax also has two of the three short film nominees (Die Begrafnis and The Letter Reader); half of the best documentary nominees (Buddha in Africa and The Fun’s Not Over: The James Phillips Story); and two of the nominated feature films: Christiaan Olwagen’s Checkov adaptation, Die Seemeeu, which is up for three acting awards, and the Bram Fischer biopic An Act of Defiance, which is up for two craft awards.

Here are seven SAFTA favourites you can stream in the build-up to the awards:

Set against a backdrop of the dirty business of diamond mining, 1Magic’s thrill-a-minute telenovela The River sees two different but interdependent worlds collide in spectacular fashion. One side of the river is home to exquisite mansions populated by society’s upper crust, like the Dlaminis, who will go to any lengths to maintain their wealth; the other by those, like the Dikana family, who have little to show for their hard work.

The River was nominated for an International Emmy and was the most-awarded production at last year’s SAFTAs, taking home 11 awards, including Best Telenovela.

Notorious for its cliffhangers, plot twists and emotional rollercoasters, Lockdown takes viewers into the cells and offices of Thabazimbi Women’s Correctional Facility. Season 4 revolved around the rise to power of Masebata’s cult.

Season 5 is currently screening first on Showmax, with new episodes every Thursday ahead of the series finale on 27 February 2020.

What started as a village feud between the Zungu and Ndlovu families in Bhubesini has expanded into something far more complex as Mpiyakhe (Siyabonga Thwala) and Samson (Bheki Mkhwane) continue their fight over the valuable taxi routes in and out of town.

This hit Mzansi Magic series is from the creators of The River, Phathutshedzo Makwarela and Gwydion Beynon of Tshedza Pictures.

THE GIRL FROM ST AGNES – DRAMA

At St Agnes, a prestigious all-girls boarding school in the Midlands, a popular student is found dead at the base of the old mill. Fearful of the scandal it might cause, the school is quick to declare the death of Lexi Summerveld (Jane de Wet) a tragic accident. But drama teacher Kate Ballard (Nina Milner) doesn’t believe it. The more she investigates, the more Kate realises that she didn’t really know Lexi or the school at all. Behind the imposing walls of St Agnes, Lexi’s killer won’t be the only person exposed…

The Girl From St Agnes set a new record for the most first-day views of any series on Showmax. At this year’s SAFTAs, it’s up for three Drama awards: Best Actor (Robert Hobbs), Best Scriptwriting (Gillian Breslin, Sean Steinberg and Zoe Laband) and Best Original Music (Brendan Jury).

In a Chinese Buddhist orphanage in Africa, a Malawian teenager finds himself torn between his African roots and Chinese upbringing. Once the star performer with dreams of becoming a martial arts hero like Jet Li, Enock is now in his final year of school and has to make some tough decisions about his future. Will he return to his relatives in his home village or study abroad in Taiwan?

Directed by South African Nicole Schafer, Buddha in Africa was praised by Variety as “a complicated portrait of what’s been described as the latest chapter in Africa’s long struggle against colonization.”

Buddha in Africa screened at IDFA 2019, arguably the world’s top documentary festival, as part of their prestigious Best Of Fests line-up, after winning Best South African Documentary at the Durban International Film Festival.

At this year’s SAFTAs, it’s up for Best Documentary, Best Directing, and Best Cinematography.

Stroop: Journey into the Rhino Horn War is a gripping wildlife crime thriller of a documentary that takes the viewer on a rollercoaster ride between Africa and Asia. Two first-time filmmakers, award-winning editor Susan Scott (The Last Lions) and 50/50 presenter Bonné de Bod, embed themselves on the frontlines of the rhino poaching crisis, where they are given exclusive access to the war as it unfolds on the ground. Carving out six months for the project, the two women quickly find themselves immersed in a world far larger and more dangerous than they had imagined, only emerging from their odyssey four years later. The resulting film has won over 25 international awards, including Best of Festival at The International Wildlife Film Festival, and was shortlisted for two awards at Jackson Wild, arguably the Oscars of the wildlife filmmaking world.

At this year’s SAFTAs, Stroop is up for Best Natural History and Environmental Programme.

BUT THAT’S NOT ALL, FOLKS

Other SAFTA nominees you can stream now on Showmax include:
• The telenovelas Arendsvlei (9), Isithembiso (6), The Queen (3), and The Throne (2)