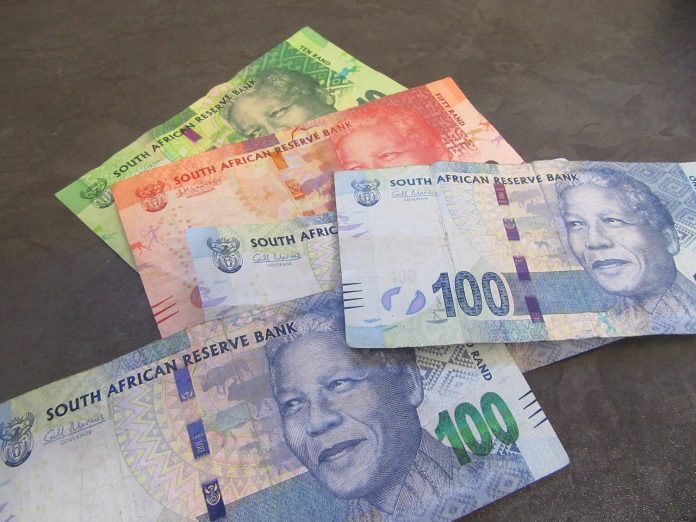 The South African Gross Domestic Product (GDP) contracted by 1.4% in the fourth quarter of 2019, Statistics South Africa (Stats SA) has revealed… and SA has officially entered into a recession. 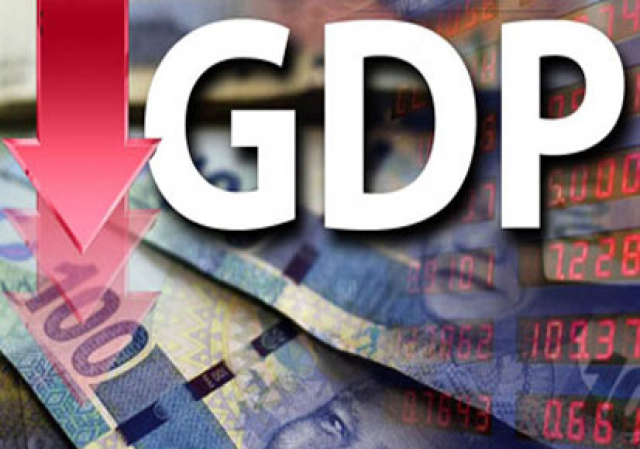 The South African GDP now stands at a miniscule 0.2%.

After successive quarters of negative growth, South Africa entered into a recession in the last quarter of last year. The last previous recession was in the first quarter of 2018.

“The headline numbers that we are releasing today show that the GDP contracted in the fourth quarter of 2019 by 1.4%. 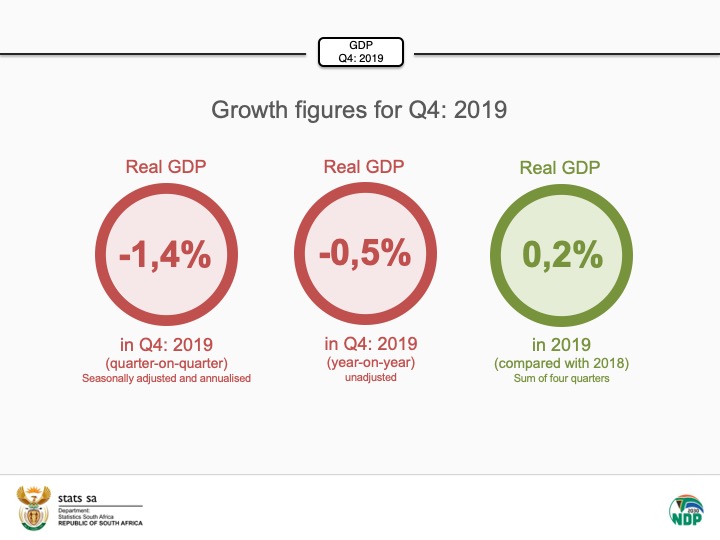 “If we compare the fourth quarter with the corresponding period of the previous year, where we saw a contraction of 0.5%.

“And as we are releasing these results, it’s possible for us to calculate the growth for 2019 in totality to a small figure of 0.2%,” said Stats SA Deputy Director General for Economic Statistics, Joe De Beer, presenting the statistics on Tuesday. 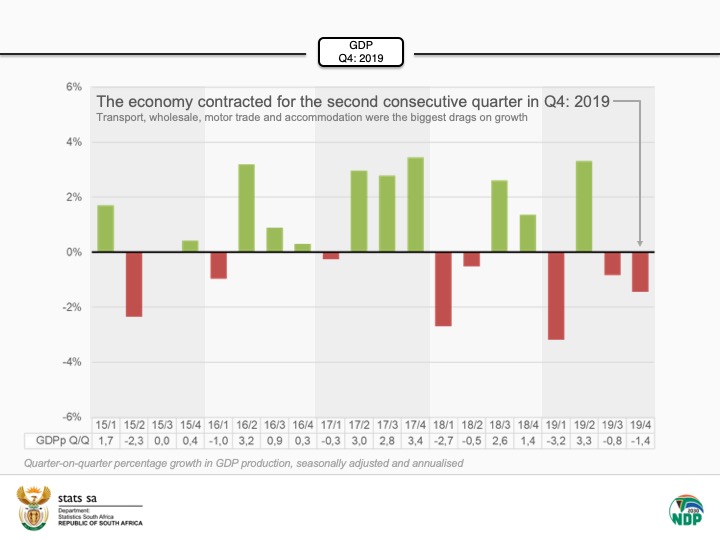 The report reveals that all three sectors of the South African economy – primary, secondary and tertiary industries – recorded negative growth in the last quarter of 2019. 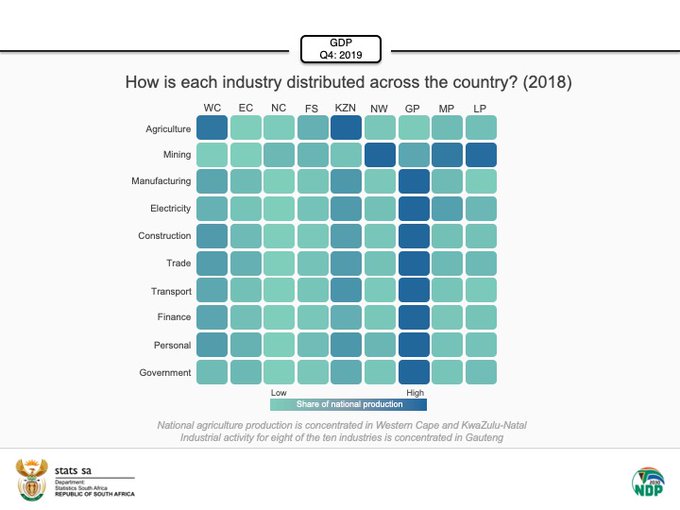 Government recorded a 0.4% decrease while manufacturing contracted by 1.8%. Trade and electricity, gas and water also saw decreases of 3.8% and 4.0%, respectively.

Overall, the primary sector contracted by 0.4%. This was largely contributed by a 7.6% nose dive in agriculture and a nominal 1.8% mining industry increase.

“The downward trend in the agriculture sector was mostly due to decreased production that was reported for field crops as well as horticultural products,” he said.

Production, he said, was reported for the platinum group metals, iron ore and gold in the mining industry.

Regarding the secondary sector, which decreased by 2.9% in Q4:2019, Stats SA said weak production reported for the automotive and wood and paper industry were the main drags on growth.

“A fall in both electricity distributed and water consumption pulled overall growth by 4.0%,” reads the report.

The tertiary sector in Q4:2019 recorded a 1.0% decrease, with trade (3.8%) and transport (7.2%) being the largest contributors. Government, partly due to its decreased employment numbers in the higher education institutions, national and provincial departments, decreased by 0.4%.