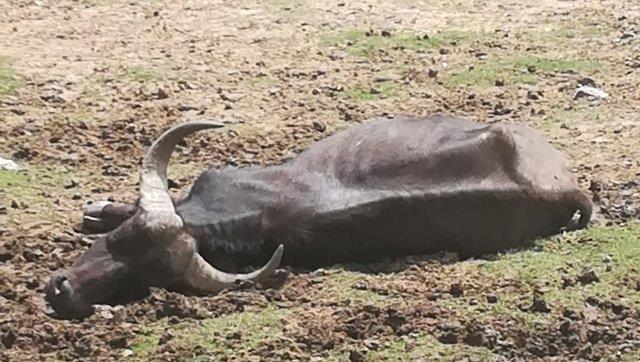 Animals have shockingly been left to starve in the Bloemfontein Zoo, and some have already tragically died from hunger, since the Zoo was closed on 17 December 2019 by the Provincial Department of Environmental Affairs (DESTEA).

A description from the Bloemfontein SPCA of the conditions in which they found the animals on a recent visit is disgraceful and devastating.

It was “shocking and scary”, the SPCA said in a statement, confirming that at least five animals have died – Buffalo, three Barberry sheep and an impala.

According to Dr Roy Jankielsohn, DA Leader in the Free State: “The zoo and its inhabitants have become political instruments for developers who have their sights on the valuable land.”

The Bloemfontein’s Zoo’s standard of care has been in disrepute for a number of years, with ongoing concerns from the Bloemfontein SPCA.

After hearing that the animals were now dying of hunger, the Bloemfontein SPCA inspectors immediately went to the zoo to investigate.

On closer inspection, they noticed “a very strange behaviour that we never saw before on the animals at the Bloemfontein Zoo” – as the inspectors approached the fences, the animals came walking towards them, listless and thin. 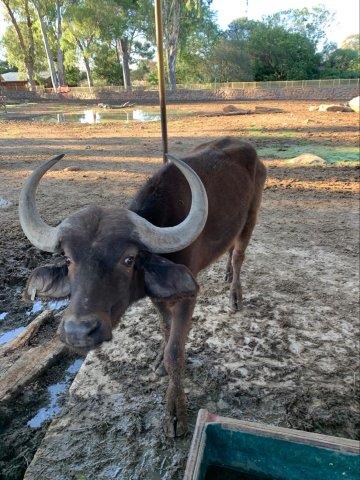 At the first enclosure of the Herbivores (Grass eating animals) – the Gemsbok, Elands and waterbuck walked towards them, showing “no sign of energy at all. The animals looked rather weak and they also looked thin. Some of the Gemsbok were starting to show hips and ribs bones. Herbivores like the Elands and Gemsbok (normally) graze or eat the whole day, a day for them without food is torture, and they struggle.”

The donkey and impala ran towards the inspectors “without a doubt because of food need.”

Even more tragically, the “impalas made a sound, literally like they were crying, they were very loud about it. They also showed signs of weakness.”

The starvation was clear when the inspector picked some grass up from outside the camp and held it against the fence. “All the animals came very quickly to try and take the grass from our hands. The animals were at the time thinking for their stomach. It was a shame,” the Bloemfontein SPCA said in media statement.

Rhinos, Buffalos and Barberry sheep are amongst the animals that are going through the torture of hunger.

The SPCA says: “They were very weak in a way that they could hardly walk. All they did was just stand with their mouths hanging. It was clear that the animals were very hungry and only hoping that we could give them something to eat.

“All these animals showed no energy at all since they were very hungry. This is cruel.”

The reptile park too was a “disgrace” – in a bad condition with an unpleasant smell. It’s dark and without electricity. “Most reptiles did not have any water and their enclosures were very dirty.”

The barberry sheep also appeared to be thin and weak, inactive and looking hungry. The SPCA says there was no sign of food in their camp, and it was clear they hadn’t eaten all day.

According to the SPCA statement it was “heartbreaking” for the inspectors to “witness such tortune on the animals, under so many people. This is really unacceptable.”

Buffalos looked lifeless and exhausted, and they walked very slowly, appearing weak with no sign of energy. “Buffalos are ruminates and they eat the whole day. Because of lack of food, some buffalos were going for barks of the trees that are inside the enclosure. The barks are very hard and will obviously be difficult for the animals to eat.

Loss of hair on the buffalos was also noticed and that could also be because of not eating enough. Their conditions is not really good. Hip bones on some of the buffalos were visible. They looked really terrible,” the SPCA said in the statement.

After seeing all the “pain and torture” from starvation that the animals were suffering, the Bloemfontein SPCA went and bought food for the herbivores and seeds for the birds.

The SPCA staff members then helped to feed the animals because there was not a single staff member of the Zoo on the premises at that time.

The animals apparently crowded around, all coming to eat as fast as they could, clearly starving.

More animals will lose their lives at Bloemfontein Zoo

With five animals already dead from hunger (pictures here and here), the SPCA fears more will die for the same reason.

“It is clear that no one cares about the animals and the animals’ welfare. In that regard, it is safe to say that the Zoo and the conditions the animals are living under, will never change.

“It is also hard to believe that with so many people employed at the Bloemfontein Zoo, not even one of them knew or saw that the animals are not well and that some may not survive without food. 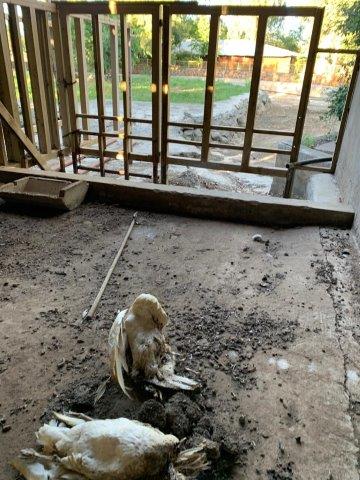 “This is negligence. It is an absolute shame and at this point I feel that the Bloemfontein Zoo must rather close down and all animals must be removed because cruelty is taking place at the Zoo.

“Or some drastic change must take place” says Maswanganye.

“The potbellies also have a terrible skin condition and no one is interested in calling a veterinarian to examine the potbellies. It is quite clear that the Bloemfontein Zoo
management have little or no interest at all in looking after the animals housed at the
Bloemfontein Zoo. Those animals are living in bad conditions and have to suffer daily.
This is ignorance and negligence.”

Maswanganye says the Bloemfontein Zoo is not up to the standard set by the South African National Standard Zoo and aquarium practice. Animals are unable to express most normal behaviours; and are not protected from distress and injury; nor is their hygiene, veterinary care and health effectively managed.

The sex ratios and number of animals in an enclosure are not suitable and the feeding practice is not up to standard.

“Rotten meat and vegetables were kept in one freezer,” reveals Maswanganye.

According to the DA’s Dr Jankielsohn the whole zoo was meant to be moved to Kwaggafontein in 2013, where the animals would have been accommodated under more humane conditions, complete with a boutique hotel and environmental centre.

“This never took place and now there appears to be an urgency as political vultures circle around this valuable property.

“The ongoing closure and neglect of the animals appear to be attempts to sway public opinion in favour closure to benefit cadres,” says Dr Jankielsohn.

If you’d like to help the animals, please donate to the NSPCA here.