More than 100 South Africans who found themselves stranded at Heathrow over two weeks ago are finally heading home on SAA Flight 4239, along with about 200 others stranded in the UK! And it’s largely thanks to an incredible team of South African volunteers from around the world who have been keeping their spirits high, coordinating plans, finding accommodation for them, tending to medical emergencies and ensuring their plight remained a priority with DIRCO. (A big shout out also to the team at Dirco whose 24-hour helpline has been liaising with over 3,000 South Africans stranded around the world, and to SAA and the SA ambassadors around the world.)

But today we’re paying tribute to those who have not been paid. To the volunteers like Hayley Reichert in London who have literally kept hope alive, and kept a team spirit for the South Africans who were sleeping on the floor at Heathrow, and many many more… all pining for the safety and familiarity of home.

Today, the DA’s shadow minister of international relations and co operation Darren Bergman paid tribute to Hayley – his “sister in arms” – saying she “started the exact same project as me, at the same time as me, in the UK. She has been relentless. I have often said, that if Eskom would just plug her into Madupi, they would solve their energy problems for good.”

These volunteers – from different political parties – have helped not only the South Africans stranded at Heathrow, but those scattered around the world, desperate to get home. SAPeople asked Darren Bergman some questions about this mammoth task:

Talking to the DA’s Darren Bergman:

What’s the latest tally on number of South Africans that were stranded abroad?

Our database, which closed on Friday evening at 5pm to the rest of the world except for Asia, closed on just over 3000 unique names. From the start we said that we would prioritise the people that had tickets that were booked to be back during the lockdown period initially announced by the President. Those figures correlated very much with the ones that the minister of international relations and co operation read out which was around 1400. However our efforts continue.

How many have returned home and from which countries?

As of Saturday morning as I speak to you we seem to have just passed the 300 mark or very close thereto (Another 300 are joining this right now, flying from London to Cape Town.) Dependant on whether 10 people we have been watching through the Namibian border have crossed or not. This is significant because this would have us over 20% of our original target already home in two weeks. If you take that just over a week ago our airports were still closed, I am sure we can appreciate that a lot of work has been done. Albeit not enough yet until we have made significant bites out of the final tally.

What are the plans for the next week, starting with Sunday’s repatriation of 300 South Africans from the UK

It seems like it should be a busy calendar. However I must urge citizens not to panic if they see a flight cancelled here and there. Please be patient. I also still believe that our fight will still need to be had with airlines and government working together to allow for non-commercial honouring of tickets to return valid passengers back. 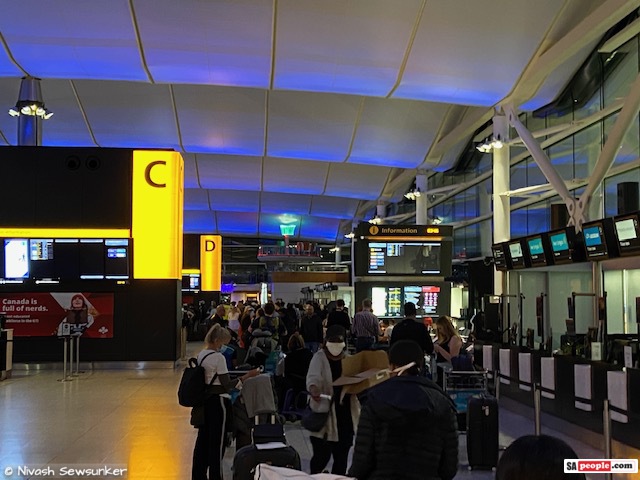 How involved are you still in the campaign to repatriate South Africans?

I have been a director of operations, a policeman, paramedic, I have known what it is to hold a mobile phone whilst treating a patient and have a resident complain about a burst water pipe wanting Council service at the same time and still take a blood pressure and pulse at the same time successfully.

This makes that all look like child’s play. We have over 20 angels all giving of their time, away from their families and own businesses, from all over the world, watching their phones, computer screens and tablets to monitor whatsapp, facebook, emails and phonecalls.

To quantify a normal day for us now without exaggerating I wake up at 3:15am to see if there are any emergencies on any of the 15 channels or any of the management channels.

I then wake up at 5am to see if my volunteers are all okay to start on our time zone platforms. I then wake up at 7am to catch up on 300 valid emails re Home away from home. I get through Facebook messages which are now on both my profiles about 30+ each. I then go onto our page to see if I need to answer any questions there. I then scout the platforms to see if I need anything to answer addressed to me. I then get to my whatsapps which are 999+. I cannot go through other groups any more so I ignore them. I prioritise individual messages, I have to its impossible to read through every single one of them.

I use emojis to try and respond because it save me a long time in response time. It also saves me having to continue conversations unnecessarily.

I then put my phone off silent to prepare for phone calls from 12pm. I answer any call that comes in no screening. I then spend the rest of the day answering whatsapps only and emails.

Our team then has a Zoom meeting at 2pm and then on every second day I have a shadow cabinet meeting with my party on the status of lockdown.

Now this is me and I have it easier than my volunteers. They are stuck on the channels which are just hectically busy the whole time.

I really feel for them and wish I could make their lives easier but we know we have a mission and we know it’s a project and we committed to see it through. I think if you had to ask anyone of us if we would do this again and would we do it any differently you would all get the same answer and it would be a resounding yes. We love SA and we love its people.

How could this repatriation have been run better?

I think from the start we should have listened to the President and let the planes come in like he envisaged.* If we were worried we should have given a deadline of even 7 days or so. What we should never do is leave our citizens just stranded. We cannot just point fingers because this is an unprecedented disaster. However when the flights are finished and there are still South Africans abroad in vulnerable positions we will need to still think outside the box for those that were always coming home in that period and do something to ensure that they are looked after too. We cannot just turn our backs and say it’s another Country’s problem.

* President Ramaphosa, in his lockdown speech, said that South Africans would be allowed back in but would have to self-quarantine for 14 days or go to government facilities. Unfortunately, Transport Minister Fikile Mbalula then in his press conference announced that the airspace would be closed to all passenger traffic and only cargo traffic would be allowed. This caused at least three airlines to get confused and not fly the Wednesday before lockdown when they could have – British Airways, Qatar and Emirates.

Bergman paid tribute on Sunday to the amazing hands-on efforts of the High Commissioner in the UK Tembi Tambo, and her staff, SAA, DIRCO and HomeAwayFromHome 🇿🇦🌍. He said Leanne Jennifer de Jager and committed members of staff in SAA and DIRCO worked tirelessly through the night to ensure that over 300 people were properly documented and processed to board their flight this morning. 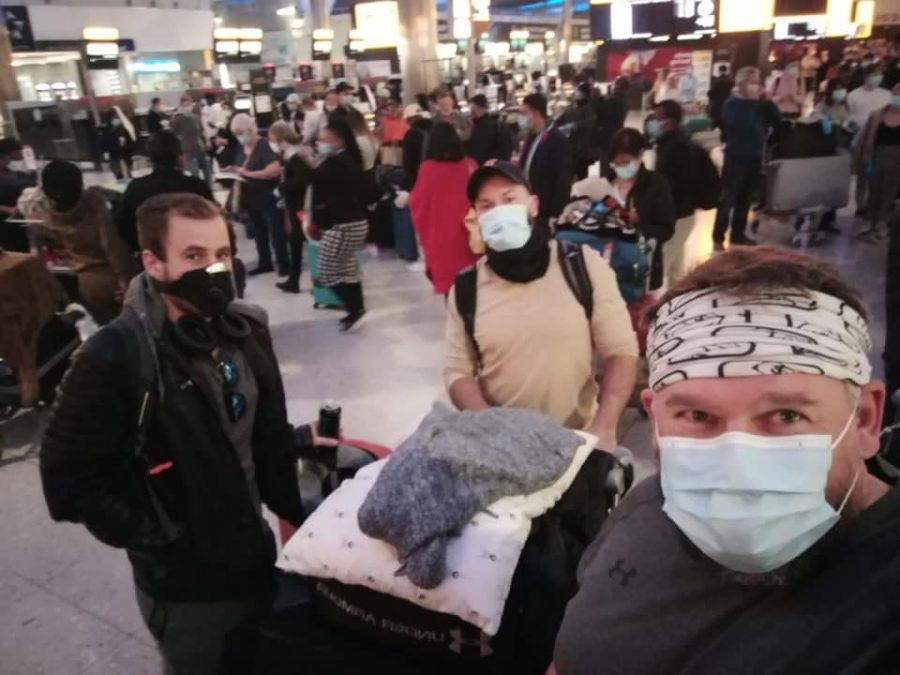 As for our hero Hayley, she says she feels like a ‘Mama Bear’ to all those finally heading home. As part of this team of Angels who never gave up on those stranded, she says: “It is humbling, inspiring and certainly educational watching, learning and growing as part of this phenomenally dedicated team! We all have our own unique skill set and roles to play… Ubuntu is alive and well.”