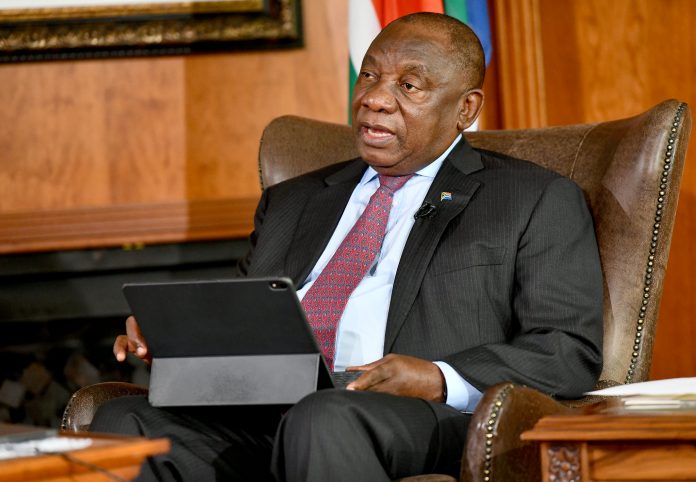 Before signing two copyright bills into law, President Cyril Ramaphosa has referred them back to the National Assembly because of reservations on the constitutionality of the legislation passed by Parliament.

The Democratic Alliance welcomed the move, saying the Copyright Amendment Bill and the Performers’ Protection Amendment Bill, which also deal with “fair use” of artists’ works, had been “bulldozed” through parliament without proper scrutiny.

“The referral back to Parliament by President Ramaphosa gives the Portfolio Committee and Parliament a final chance to rectify the serious flaws with the Bill and get it right in order to promote copyright protection as well as protect our preferential trade agreements.”

Ramaphosa said he “acknowledged the noble objectives of the amendments but also … has received a number of submissions opposing the signing into law of the two Bills.”

He said he was concerned that the legislation was open to constitutional challenge.

The DA said that when the bill was before the portfolio committee, it argued that it was fatally flawed because of:

Ramaphosa said in his statement today: “Among other provisions, the Copyright Amendment Bill seeks to accommodate visually impaired and otherwise print-disabled persons by introducing exceptions to the exclusive rights of authors or their assignees preventing the reproduction or copying of their work in any manner or form.

“Proponents of the exception contend that without such exception, visually impaired persons will have limited access to copyright literary works, as such works cannot be transcribed to braille and other formats for people who are print-disabled.

“Educators and librarians also seek greater and easier access to works of all kinds. The broadening of access to content is aimed at increasing access to information and facilitating freedom of expression,” he said.

The President has expressed concern that both Bills have incorrectly tagged Section 75 Bills in terms of the constitutionally prescribed process for Parliament’s processing of legislation. Section 75 Bills are Bills that do not affect the provinces.

“However, the President is of the view that the Bills concerned are in fact Section 76 Bills, given that they affect cultural matters and trade – namely trade in copyright – in which provinces exercise competence,” the Presidency said.

According to the Presidency, the Performers’ Protection Amendment Bill affects performances and performers of “traditional works,” including cultural expressions or knowledge, and the rights of these performances.

It also regulates the manner in which such performances are made and shared.

“The Copyright Bill, in turn, affects cultural matters including indigenous work with an indigenous or traditional origin that is created by persons who are or were members of an indigenous community and whose work is regarded as part of the heritage of such a community,” the Presidency said.

In terms of Schedule 4 of the Constitution, cultural matters and traditional leadership are among matters listed as affecting provinces and which have to be dealt with in Section 76 Bills.

“The President also has reservations that several sections of the Copyright Amendment Bill may constitute retrospective and arbitrary deprivations of property in that copyright owners will be entitled to a lesser share of the fruits of their property than was previously the case,” the Presidency said.

In addition, the President submits that the uncertainty created this provision’s unlimited retrospective operation is unlikely to survive a constitutional challenge.

“President Ramaphosa is concerned as well that substantial amendments affected to various sections of the Bill – including Section 12A which deals with the fair use of a work or performance of a work – were not subjected to public comment before the final version of the Bill was published.

“Other reservations cited by the President include copyright exceptions provide for in the Copyright Bill that may constitute an arbitrary deprivation of property; may violate the right to freedom of trade, occupation and profession, and may be in conflict with the World Intellectual Property Organisation (WIPO) Treaty and the WIPO Performance and Phonograms Treaty, both of which South Africa subscribes to,” the Presidency said.