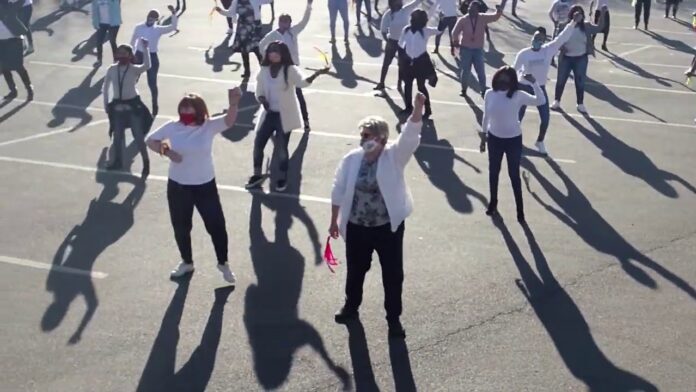 While most South African municipalities outside of the Western Cape are billions of rand in debt from irregular spending, mismanagement and corruption, the lone Midvaal in Gauteng has had a clean audit for the sixth year in a row. This week, to celebrate Women’s Month, women from the municipality came together to dance to Beyoncé’s “Run the World.”

Mayor Bongani Baloyi, who has repeatedly been praised for his clean, forward-thinking management of Midvaal, said of the video, “My team decided to do something different in celebrating Women’s Month and try lift the mood and morale in the municipality amongst staff members.”

Midvaal, which includes towns like Meyerton, Walkerville, Evaton and Vaal, is the only municipality in Gauteng run by the Democratic Alliance. In June the councillors at Midvaal Municipality chose to forego the annual increase allowed to be awarded to them by the Minister of Co-Operative Governance and Traditional Affairs.

That money was earmarked for the Sebenza Mbokodo Fund, which Midvaal set up as an initiative to provide start-up capital to deserving female-owned small-scale businesses.