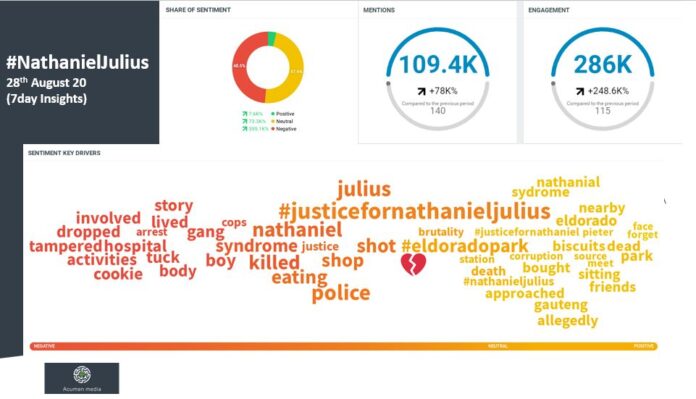 I have to admit, I have never spent more time avoiding “real work” to watch YouTube like I did this week, I bluffed myself that is was “sort of” real work as the content I was consuming was #StateCapture and the #ZondoCommission.   #Netflix may lose a subscriber if this type of content keeps pouring out. 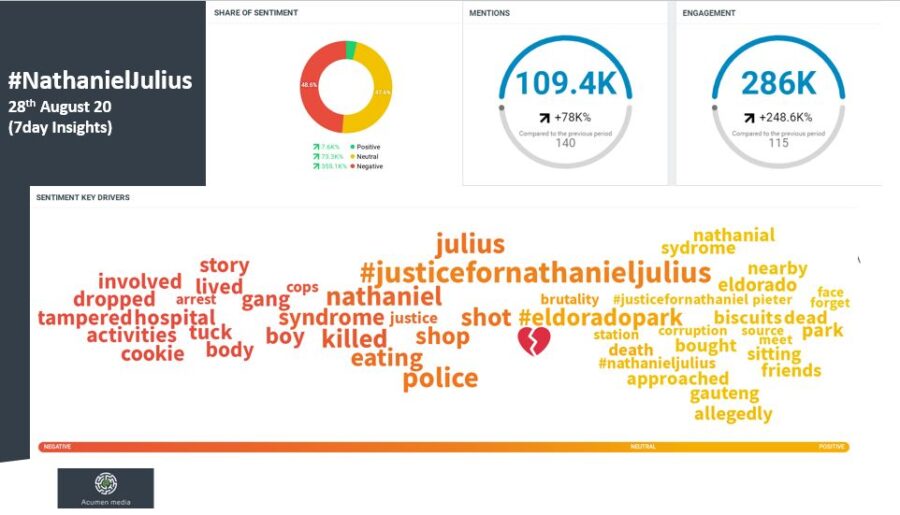 It’s been a long time since I’ve been in a #ZondoCommission live feed chat room and I’ve missed it so much.  Firstly, we are a nation filled with humour as the comments that accompanied some outrageous testimony had me roaring with laughter.   Secondly, I was enthused by the manner that 20k people conduct themselves in that chat room. We are all polite and we are all baying for justice.  That makes me happy and very patriotic, especially when you see legal excellence like #AdvKateHofmeyr on screen.  At one point she was shouting at the witness and #JudgeZondo or, as we like to call him, Uncle Ray Ray calmed the situation down.  I don’t blame the advocate because #Ndzeku was infuriating. Even the comments section said things like “Messi left because of this guy”.

He started off no less arrogant than #Hlaudi but soon his arrogance turned to amnesia as each question’s response was “#IDontRemember”.  For those who missed it, #AdvHofmeyer got this man to admit, under oath, that he had perjured himself, committed fraud, was involved in BEE fronting, colluded with SAA and stole over R20m.  The advocate did not leave a box unticked as #Ndzeku started to slide down his chair as if he were about to hide under the table.  Even #JudgeZondo was aghast at the blatant lies and brazen corruption that #Ndzeku admitted to on the stand.  I have one question though, was he arrested? I can’t find a single reference to say he was at least charged with the crimes he admitted to immediately after he confessed to them.  Anyone?

The other big blockbuster at #StateCapture was #NomvulaMokanyane’s birthday bash hosted and paid for by #Bosasa, another level of arrogance as the key witness refused to turn up to court and #Zondo issued an ultimatum.  What we did hear though was that a fine time was had by all on a dinner filled with illicit cash.

While I’m talking about charges or lack thereof, in what world does a job interview allow for someone’s application (let alone appointment) to a key position be heard or acted on when they are currently out on bail for corruption?  The answer is the KZN provincial legislature, in fact, they’ll appoint you and then call it a #politicalhallucination. #Gumede is another of my favourites to hate and when #DuduzaneZuma stands up and congratulates the hallucination, then my patriotism hits a downer. It takes a further slump as she is joining #Zikalala in KZN.

#SihleZikalala is fast becoming a new version of #AceMagashule and eNCA’s #ShahanRamkisson tore chunks out of the Premier and gave a voice to our disgust at the lack of delivery during Covid19.  #Zikalala (like #Ndzeku) reminded me of #hlaudiMotsoeneng, arrogant and narcissistic without any level of accountability. Another of my favourites, #AceMagashule said he would never step aside on allegations of corruption, no news here, it’s part of the job interview process right?  That’s what we learnt with #Gumede.  Regardless though, the headlines broke, and I jumped off my chair, Ace is summoned to …. (hold your breath) the #ANC’s #IntegrityCommission.  What is the ANC’s #IntegrityCommission?  Haibo guys, let the court system check on #Magashule’s integrity, not his own chommies?  The late #AndrewMlangeni (a man of actual integrity) said, that “the Integrity commission has little to no power”.  Shortly after that, I read that #BrianMolefe is going to come “clean” at the same commission, I’ve stopped holding my breath by this point. The upcoming #ANCNEC is calling for a swinging axe on corruption, we’ll see.  I’ve learnt not to get excited about words.

Regardless, I waited for my President to address Parly in a #PresidentsQandA and I learnt one thing, just one thing, that no one in parliament knows how to use Zoom.   No wonder these events get hacked, parties were hanging in the waiting room without admission, as always many didn’t mute their audio settings (can someone tell the host you can do this yourself?) and we had a series of interruptions one from what sounded like a toddler, and that made us all happy for a couple of seconds.  The Zoom problem was so bad that the President got the giggles, well it was either that or nervous laughter as he dodged the #Gumede questions but banged on about anti-corruption initiatives.

The President did deliver many encouraging statements like #GBV is finally getting assistance units where civil society will account for 51% of the responsibility and people will be appointed directly by the public to assist.  I’m not sure if a buck got passed but I like the idea of civil society helping our women and civilians appointing who directs that process. The President also said that all #Covid related expenditure will be published online and there is a good argument to scrap the tender system completely.  Maybe I’ll finally get to work for government?  It’s only been 20 years.

In other news, #702 became a voiceless station as #AkiAnastasiou was hoofed despite the public outcry. I for one (an avid listener) have tuned out.  Many of the good journos are ending up at #NewzroomAfrika and other media houses, 702 forgets that the nation has variety and choice.  #RIP702

I’ve avoided this story as it breaks my heart, it’s gut-wrenching. #JusticeforNathanielJulius and #EldoradoPark is the subject of today’s case study, a 16yr old boy with down syndrome was killed by SAPS.  He was eating biscuits with his friends when the cops shot him, dragged him by his neck, and threw him in a police van for not being able to answer questions.  Did I mention he had down syndrome?  This set #Eldoradopark alight with an angry set of residents calling for a specific cop, “#Scorpion’s” head.  Rubber bullets flew as the community descended on the police station and the struggle for justice turned to fire and pain. Over 100k mentions in less than two days and almost 300k people engaging at any one time.  We will be heard and we will do right by you Nathaniel.

Rumours of an alcohol ban sent gaslit SA back to long queues to stockpile booze and #Razmataz called for the banning of alcohol advertising.  One question #MinMbalula, do we buy cigarettes?  There are no adverts there.  I like the idea of zero alcohol if you are driving though, that makes sense and is manageable for our country.  Do that, but you’re giving far too much credit to a 30-second advert Sir.

#ministerLuckyStar #TitoMboweni was wrapped over the knuckles as he tweets exactly what he thinks, I love that, we all do, well except the powers that be of course.

What does reassure me is that civil society and powerful organisations are rallying together to represent SA in its fight against the corrupt, I saw hard work and actions come out of #OUTA, #KathradaFoundation and #Cosatu this week. The great thing about South Africa is we are extraordinary; we always have been.  We will be heard. And we will fix it.